One Flew Over the Cuckoo's Nest won the Oscar for Best Picture of 1975, and picked up the other four of the magic five - Best Director (Miloš Forman), Best Actor (Jack Nicholson as McMurphy), Best Actress (Louise Fletcher as Nurse Ratched), and Best Screenplay Adapted from Other Material, the first film to do this since It Happened One Night in 1934. It lost four - Best Supporting Actor (Brad Dourif as Billy Bibbit), Best Original Score, Best Cinematography and Best Film Editing. 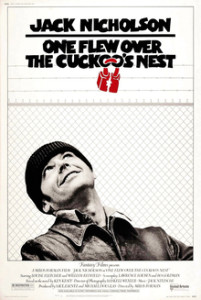 The other Oscar-nominated films of 1976 were Barry Lyndon, Dog Day Afternoon, Jaws and Nashville; the only one I have seen is Jaws. Other films of the year which I have seen are Monty Python and the Holy Grail, The Rocky Horror Picture Show (many many times), The Return of the Pink Panther, Love and Death and One of Our Dinosaurs Is Missing. The Rocky Horror Picture Show is one of my favourite films, but I have no hesitation in admitting that One Flew Over the Cuckoo's Nest is the best of them (IMDB users agree, on both ratings). Here's a trailer.
In case you did not know, it is the story of a petty criminal who gets himself referred to the state psychiatric hospital, and leads the other inmates in various acts of empowering rebellion against the oppressive nurses, until a final reckoning with a tragic ending. I confess that because of my close personal connection with the subject of people living in institutions, I postponed watching this for a few weeks. Against my expectations, I found myself really liking it, and I'm putting it 7th in my overall list, behind Bridge on the River Kwai but ahead of Midnight Cowboy. In some ways I thought it was better than the book (which as usual I reread after watching the film).

I did not find any actors who had previously appeared in Oscar-winning films. I found one who had been in a Hugo-winning film - Marya Small, now known as Mews Small, who is Candy here and was Dr Nero, in charge of brainwashing Woody Allen, in Sleeper. 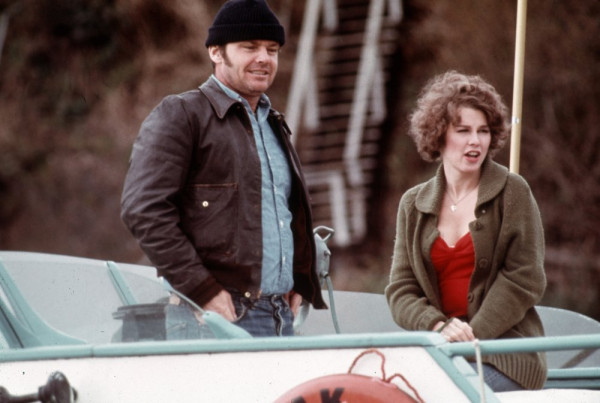 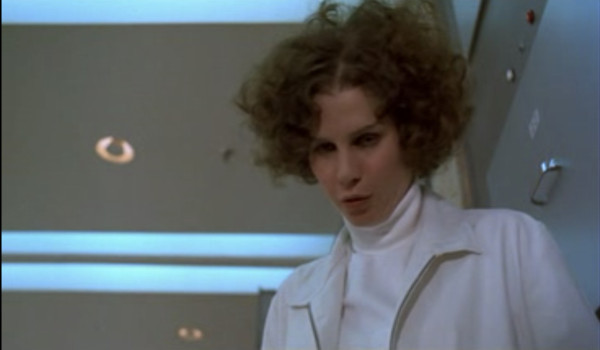 To start with the less good points, it's our old friends race and gender. This is a story about white men having problems with women and with non-white men. The patients are all white (apart from one Native American who barely speaks - more on that when we get to the book). The orderlies are black. The evil nurses are women. The good women are sex workers. The film is a bit more balanced than the book in giving us the nurses' point of view; but it's even less balanced than the book on race. An extraordinary bit of erasure is that one of the psychiatrists, Dr Sonjee, is played by a real psychiatrist, Prasanna K. Pati, who is simply not credited anywhere despite getting several spoken lines in the film. (I see claims that he is the only person of Oriya origin to have appeared in an Oscar-winning film, though I would be surprised if there were nonw at all in Gandhi.) 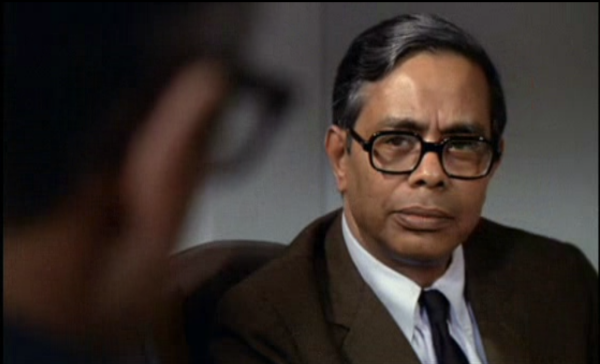 Having said that, kudos to Dr P.K. Pati and even more so to Dean Brooks, who was in fact the real-life director of the Oregon State Hospital at the time the film was made, and plays his own fictional counterpart Dr Spivey. Several other staff - and indeed apparently patients - at the hospital were involved with the production of the film, either in front of or behind the camera, but here let Dean Brooks stand for them all. I was talking to a psychiatrist friend the other day, who told me that as a student her class had had to watch the film to be sensitised to popular culture perceptions of their chosen profession; it does not show them in an unambiguously good light, and they would have known this going in. (This is a step further than The French Connection, in which a very small part was played by the same guy who had done it in real life, and the policemen on whom the two central characters were based themselves appeared as secondary characters, all very heroic in each case.) 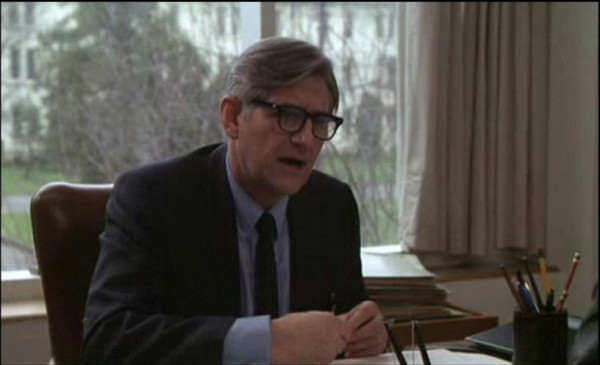 The soundscape and landscape are both well done here. The music, with use of bowed saw and stroking wineglasses, is eerie and extraordinary.
And the cinematography is generally compelling - my favourite scene, as it is for may viewers, is the fishing expedition:

Though this is possibly one of the few scenes that isn't improvised - the immersion of the cast and crew in the culture of the real hospital, with cameras on all the time and sometimes catching the actors flashing their own character instead of their parts, makes for an extraordinary viewing experience.
The tragic ending is signalled way in advance, but all the more effective for the way it is done, and I am glad that the film-makers did not cop out and stayed true to the book in that regard. Tremendous stuff.

The second paragraph of the third chapter of the original novel is:

“What, Miss Ratched, is your opinion of this new patient? I mean, gee, he's good-looking and friendly and everything, but in my humble opinion he certainly takes over.”

This is a pretty tough book, in many ways: the violence and abuse perpetrated by the staff of the mental institution where the story is set is uncomfortable to read (and I have a daughter who is permanently institutionalised, so it cuts rather close to home). Also I was rather dismayed by the racism and sexism of the story: the only black characters are the brutal male nurses (though the narrator is half Native American); the main female character is the Big Evil Nurse (the other women depicted are two prostitutes and the Little Good Nurse, who comes in only at the end). It was probably not Kesey's intention, but I could see white American men who believe that they are being oppressed taking comfort and inspiration from this novel.

Having said that, it would be the wrong message. The book is about disorder and development - disorder in two senses, the mental disorders that many of the patients suffer and the disorder and subversion that McMurphy brings to the ward, and the opportunities he offers for his fellow inmates to develop n new directions. There is a tremendously cathartic couple of chapters about a deep-sea fishing expedition which almost summarises the entire book. The violent conclusion leaves several key characters dead but gives others the means of liberating themselves. So in the end I was glad to have read it, though I will not come back to it any time soon.

The crucial difference with the film is that the Native American patient is the narrator and viewpoint character of the entire novel, whereas he is one of the supporting cast in the film - an important one, but largely silent; and the fact that the focus therefore moves away from hium makes the film all the whiter. (It was apparently this specific change that Ken Kesey cited as his reason for never watching the film.)

Next up is Rocky, for which I have no expectations; but I will watch the Hugo-winning A Boy and His Dog first.