Following the early Saxon occupation the area was returned to agriculture, as shown by the cultivation horizon which accumulated over the early Saxon features. Apparently this persisted throughout the middle Saxon period. A single ditch may have formed a field boundary relating to this cultivation which divided the area along a line mid-way between the main palaeochannel and the southern course of the Cotton Brook. In the north-western corner of the site faint linear "features" may represent plough-furrows aligned parallel with the suggested field boundary.

Back in the autumn of 1985, when I was 18, I spent two months working as a volunteer on the dig at West Cotton, just outside the obscure village of Raunds in Northamptonshire. It was a growing experience for me - the first time I had been working outside of home (I was 18). Most of my fellow diggers were local unemployed people supplied by the Manpower Services Commission (as it then was), overseen by a trio of real archaeologists, Dave Windell, Andy Chapman and Jo Woodiwiss, who published this slim booklet about their initial findings a few years later. You can (probably) download it here.

West Cotton was known to have been an Anglo-Saxon settlement, which survived the Norman invasion and became deserted in the decades following the Black Death in the mid 1300's. It only gradually became apparent (and the first signs were there in my time) that this minor rise in the valley of the river Nene had also been a centre of Neolithic and Bronze Age ritual three thousand years earlier. In the initial phase of excavation, while I was there, it became clear that there was a three-ringed barrow under the highest point of the (low-lying) Saxon village; subsequent exploration uncovered a whole ritual landscape. 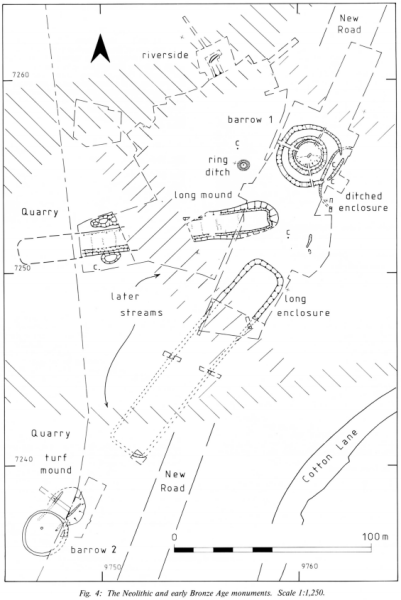 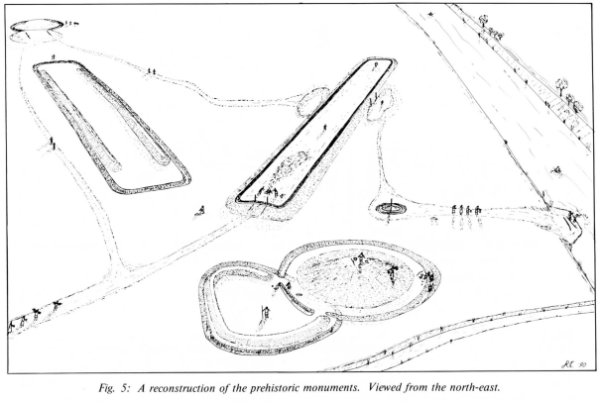 The site seems to have been little used once the Bronze Age properly kicked in, including through Roman times (in my day a Roman villa was discovered a few fields away). But in Saxon times it once again became a centre of activity, a farmstead built unknowingly where the ancestors had worshipped three millennia before. 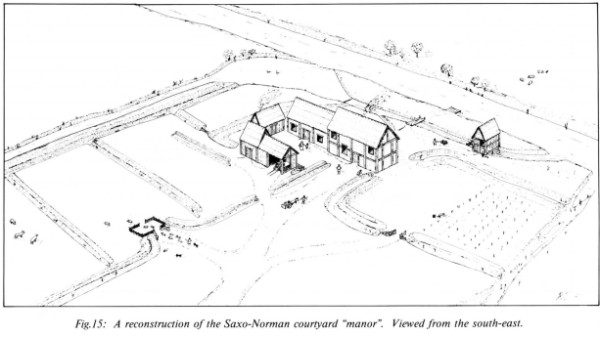 Even in the early days of 1985, some fascinating finds were made. A number of flat stones were discovered with an engraved pattern of three suares connected by vertical and horizontal lines - boards for the ancient game of Nine Men's Morris. I wondered then if the all-England Nine Men's Morris Championships for the year 985 had taken place in West Cotton. Apparently the boards have now been dated to the end of the settlement in the village, ie 13th and 14th centuries, but I still wonder. (This graphic and the next photograph are from a different paper.) 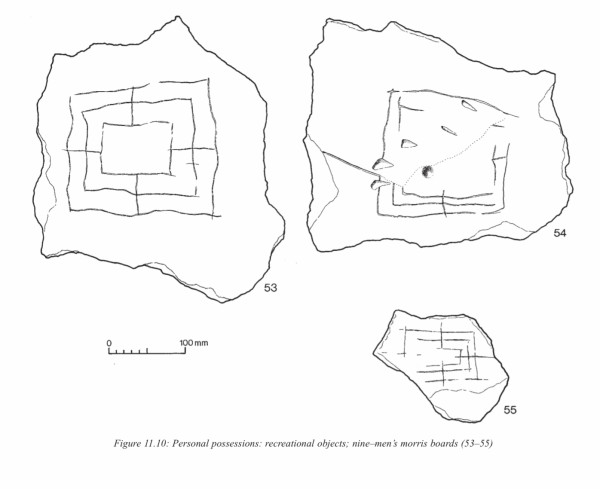 Most poignant of all, one of the boards was found at the feet of the only representative art found on the site, which I remember causing much excitement when it was uncovered back in 1985 - a sculpture of a praying figure, some thought a knight (though I don't see any evidence of armour or arms). Did this come from the end of days in West Cotton, as the plague hit and the villagers realised that their way of life had become unsustainable? The look of concern and worry in the face of an incomprehensible pandemic speaks to us across the centuries. I leave you with this message from 650 years ago; we don't know exactly what it says, but we can make a darn good guess. 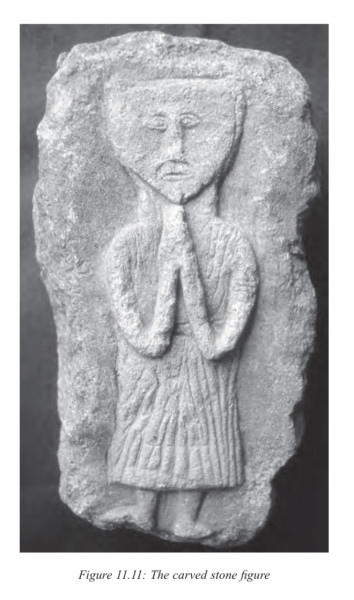