The first part of August 2007 was spent on holiday in Northern Ireland as usual, with MeCon a particular high point. My account of it here and here, but my favuourite picture, for sentimental reasons, is this one: We got back to a very grim situation with B, which culminated in her being removed from the house at the end of the month by three burly ambulancemen to give us a break for a few weeks, still waiting for a permanent residential place to become available. In the meantime we got very little sleep, and were very stressed.

So I only read 13 books that month, mostly non-fiction.

Non-fiction 10 (YTD 57)
Licence Denied: Rumblings from the Doctor Who Underground, by Paul Cornell
From the Holy Mountain, by William Dalrymple
Real Fast Food: 350 recipes ready-to-eat in 30 minutes, by Nigel Slater
About Time: The Unauthorised Guide to Doctor Who, 1975-1979, by Lawrence Miles and Tat Wood
The Shadows of Eliza Lynch: How a Nineteenth-century Irish Courtesan Became the Most Powerful Woman in Paraguay, by Siân Rees
Not Quite the Diplomat, by Chris Patten
Missed Chances, by Roy Denman
Rethinking Europe's Future, by David P. Calleo
Why Europe Will Run the 21st Century, by Mark Leonard
Talkback: The Unofficial and Unauthorised Doctor Who Interview Book - Volume One: The Sixties, ed. Stephen James Walker 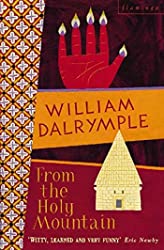 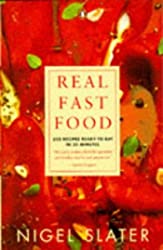 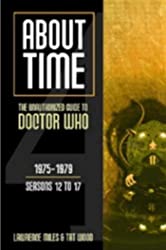 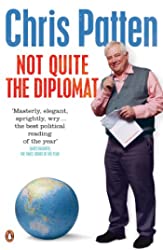