The Kosovo myth played a significant part in the creation of the modern Serbian state in the early twentieth century. St. Vitus' Day, which had been instituted in the nineteenth century in the belief that the Battle of Kosovo had been lost precisely on that day, was first celebrated as a national religious holiday in 1913, after the Turks had been decisively beaten. The holiday was said to honor the "chivalrous contest and the conquest of evil," and to symbolize a bloody, unsparing revenge against Turks and Muslims in general. The possibility of using St. Vitus' Day to abuse the Kosovo myth was pointed out in the 1970s by Miodrag Popović, who wrote:

The cult of St. Vitus' Day, which confuses historical and mythical reality, a genuine struggle for freedom and enduring pagan propensities (revenge, throat-slitting, oblation, worship of a heroic ancestor), contains potentially all the characteristics of environments marked by unbridled mythical impulses. As a phase in the development of national thought, it was historically necessary. But as a permanent state of the spirit, the cult of St. Vitus' Day can prove detrimental for those who are unable to disentangle themselves from its pseudo-mythical and pseudo-historical entanglements. In them, modern thought and man's spirit may experience a new Kosovo, an intellectual and ethical defeat.310

Detailed and carefully researched, by one of Serbia's most lucid human rights activists, this chronicles the sad history of how Serbian nationalism disintegrated Yugoslavia (more than once), and the ideological threads connecting the Yugoslav Army, the Orthodox church and Serbian nationalists both inside and outside the old Communist Party - three groups which were not automatically allies, but aligned themselves brutally to cause destruction.

Some will say that it's all the fault of the Slovenes and Croats for breaking away, but the record clearly shows that the concentration of power in the hands of Serbian leaders happened first, destroying the grand bargain which had sustained the old federation. It's particularly enlightening to read this account from a Serbian analyst, rather as the pages of Ha-Aretz provide the most interesting commentary on Israel.

I sort-of pop up between the lines on page 262, where Biserko writes:

Having sought but failed to persuade Belgrade to enageg in talks about Kosovo's final status, the international community decided to discuss the subject without Belgrade. A message to this effect, delivered in 2005 via the International Crisis group's (ICG) report on Kosovo's final status, raised a great hue and cry on the Serbian political scene.

Well, we weren't ever instructed by anyone to send a message to Belgrade; we were simply reporting the situation as we saw it, and also describing the only likely solution, which was to find a pathway to regularising Kosovo's situation (it was de facto already independent in 2005). Of course those of us working in the organisation all had our views, but what we were trying to do was to match the situation on the ground to the grand thrust of international diplomacy, and I think we did it rather well. The message we delivered to Belgrade was from reality, rather than from any particular capital city.

The book ends on an outdated note of optimism - when it was published in 2012, it seemed possible that Serbia was heading in a more democratic direction. That's no longer a sustainable view, with President Vučić and the Progressive Party dominating the political scene and crushing voices of dissent. Sonja Biserko remains uncrushed, and long may she remain so. You can get the book here.

This was the non-fiction book that had lingered longest unread on my shelves. Next up is (again) Felicitas Corrigan's biography of Helen Waddell. 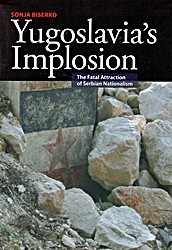 I’ve been passing the time over the summer evenings by delving a bit more deeply into genealogy, and was delighted to discover that I am related to Amy Dillwyn, Welsh lesbian campaigner, novelist and industrialist, who was my third cousin once removed. 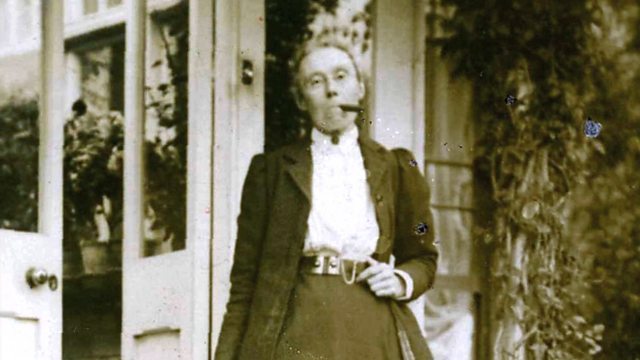 Even though she was born in 1845 and my father in 1928, a combination of young parents on her side and older fathers on mine makes them the same generation of descendants from our common ancestors, John Whyte (1752-1814) and his wife Letitia (1755-?). To be specific:

Amy Dillwyn was born in 1845 (the third child of four) when her mother, Louisa Dillwyn née de la Beche was 27 and her father, later MP for Swansea, 34; my own father was born 83 years later, in 1928, the first child of a later marriage, when my grandfather was 48;

Letitia Whyte was born in 1801 when her father, Charles John Whyte, was 24 (he had been disinherited for marrying a Protestant - things have changed, thank heavens - and died just a couple of years later leaving his younger wife pregnant with their third child); 25 years later, my great-grandfather was born in 1826 when his father was 42, again the first child of a later marriage;

Charles John Whyte was seven years older than his brother, my great-great-grandfather, born in 1777 and 1784 respectively. John and Letitia Whyte had eight sons (and two daughters); six of the eight sons died during the Napoleonic wars, including Charles John.

So I am the same generation as Amy Dillwyn's nephews and nieces, born in the 1860s and 1870s, a hundred years before me.
Collapse