Current
The Complete Secret Army: An Unofficial and Unauthorised Guide to the Classic TV Drama Series by Andy Priestner
Our Mutual Friend, by Charles Dickens
The Overstory, by Richard Powers
The Ruin of Kings, by Jenn Lyons
The Wicked + The Divine vol 9: "Okay", by Kieron Gillen etc

Next books
Guban, by Abdi Latif Ega
“Houston, Houston, do you read?” by James Tiptree Jr

Now that Hugo voting is finally available online, I'm going to post about a few categories over the next few days. I'm involved with the administration of the awards again this year, so I won't be revealing my exact rankings; back to my normal procedure next year.

Of all of this year's categories, I am most excited about Best Related Work. This was the category hit hardest by the Puppies, being No Awarded in both 2015 and 2016 (which incidentally means that if all goes well in DC next year, it will be only the second time since 2013 that the Hugo in this category has been awarded in the USA). This year's finalists are a pretty remarkable set, and I heartily recommend them as a group. It's interesting that each of them concentrates on the work of one particular creator - an autobiography, three monographs, a speech and a TV documentary.

Becoming Superman: My Journey from Poverty to Hollywood, by J. Michael Straczynski

This was an extraordinary development, because until now my mother’s side of the family had always been something of a mystery. As far as Charles was concerned, only his side of the family mattered, and he often belittled Evelyn’s relatives as little more than hillbillies. Charles was so adamant about erasing any connection to Evelyn’s side of the family that he ordered her to destroy all her personal photos. She tore up a few in front of him, then secretly sent the rest to my aunt for safekeeping.

This is an exceptional read. I'm not in fact all that familiar with Straczynski's work, having seen just a few episodes of Babylon 5; but you don't have to know anything about him to appreciate his autobiographical story of emerging from a dreadful childhood with an abusive father and largely absent mother (and various awful other relatives) to finally make it good in show biz and personal life after various difficult starts. The first half of the book, as he works his way out of his origins, is gripping stuff. The second half, when he starts getting successful, is less interesting unless you know his work. I do notice a recurring pattern that he gets into a particular project and then has to (or is made to) walk away after confrontations with the studio executives, where he is always right and they are always wrong but more powerful. You can get it here. 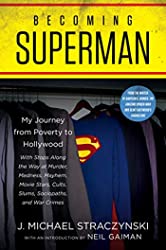 It's beyond the scope of this study to examine the Cold War reversal of women's emancipation in detail, but it's important to understand that the instigators of Second Wave feminism in America, including Joanna and her cohort in feminist sf, grew up in a stifling world,6 and their rebellion was driven by desperation as much as by sixties radicalism. Reform movements rise from immediate causes, as well as long term injustice. The “cloud of talking gnats”7 that bars the way to utopia in The Female Man was, to a great extent, created by Cold War politics.
6 “[T]hat disgusting decade.” Joanna, as an adult, became well aware of what the fifties had done to her generation.
7Magic Mommas, 69. Female Man, 104

I'm afraid this didn't grab me quite as much. Russ is a fascinating writer, whose work I don't know as well as I would like, and this book goes in great detail (perhaps too much detail) in its recounting of the stories in each of her published (and some unpublished) work. But I don't get a sense of how she fitted into the broader sfnal picture - there is a discussion of the Khatru Symposium, but without really explaining where it came from and what happened after. Russ herself, as a personality, flits in and out of the narrative. I found it a bit frustrating. You can get it here. 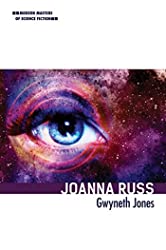 The Lady from the Black Lagoon: Hollywood Monsters and the Lost Legacy of Milicent Patrick, by Mallory O'Meara

The house Milicent lived in sits on a wide street in a quiet, unremarkable residential area. It’s part of a row with other similar two-story homes, all with identical short flights of red brick stairs leading into the arch of the front door. This was about as far away from Hearst Castle as you could get. Marble was replaced by stucco, ornate architecture was replaced by plain buildings, lush gardens were replaced by plain, trimmed hedges. No more sweeping seaside vistas, no miles of rolling coastland, no enveloping fog.

This on the other hand is a completely fascinating book. I am ashamed to say that I had never heard of Milicent Patrick, nor have I even seen The Creature from the Black Lagoon, in which she created the eponymous Creature. Mallory O'Meara recounts both Milicent Patrick's story and her own quest for information about this important creator who was written out of history, culminating in her efforts to trace and contact Milicent Patrick's surviving relatives. It's ultimately a sad story - after being fired for not being invisible enough in 1953, she lived another forty-five years without being able to do the work she was best at, doing odd bits and pieces of work in southern California. An important story. You can get it here. 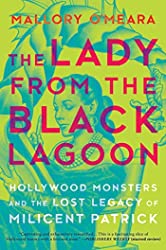 The Pleasant Profession of Robert A. Heinlein, by Farah Mendlesohn

The sections of this chapter and the next do not represent an even or ordered mapping. Heinlein’s work followed a spiral path, and elements that I wish to identify turn up, are discarded, and then returned to again in later work. But there are three clear divisions in terms of the rhetorical techniques Heinlein uses: the cinematic, the didactic and the picaresque.

I wrote about this previously, and repeat now what I said then:

I was a huge fan of Heinlein's writing in my teenage years, but the last awful novels came out just around that time and somewhat tainted the memory of the pleasure I'd had a few years earlier. I have gone back to his work a couple of times in recent years, but bounced off it as often as not.

But here Farah Mendlesohn approaches Heinlein with a redemptive eye. It is an interesting comparison with [Adam] Roberts' Wells book - it is shorter, because Heinlein didn't write as much despite living a bit longer; it is more consciously fannish; but it's a much deeper analysis of what Heinlein thought he was doing with his writing, grouped more thematically than by time line. Heinlein's politics, for good or ill, had much more influence on later science fiction than Wells'. Possibly Heinlein actually had more to say than Wells, even if Wells said more of it.

I learned a lot from this, including in particular what Heinlein thought he was doing with Farnham's Freehold and how it went so badly wrong... You can get it here. 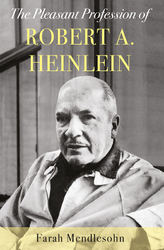 You can watch all two minutes of this online:Here is her script (which she did not entirely stick to). The third paragraph is:

And I am so proud to be part of this. To share with you my weird little story, an amalgam of all my weird interests, so much of which has little to do with my superficial identities and labels.

I was in fact in the room where it happened, waiting offstage to help handle the Hugo trophies for the next set of winners, having some time previously counted the votes that brought Ng her victory. It was a real moment of sfnal history; Alec Nevala-Lee's book had already dissected Campbell's views to the point that it would have been difficult to continue with the award in his name for much longer, but this speech was the final push which made it happen sooner rather than later. I'm very glad to be involved again this year with administering the first Astounding Award under that name.

Here's a trailer:A really lovely documentary about Le Guin's work, with commentary from (among others) Margaret Atwood, Michael Chabon, Neil Gaiman and David Mitchell, looking at her life and career and giving us a three-dimensional picture of this complex writer. It is a mainly positive picture, admittedly, but it's well worth watching.

So, quite a difficult choice. But I must say I prefer that to the years when there are just one or two standout finalists.
Collapse