Lots of people scratched their heads over this, which was gratifying, and the answer is admittedly a bit obscure.

Below is the full list of people who were the oldest former President of the United States, and the oldest former Vice-President, at all times since the terms of the first holders of both offices ended on 4 March 1797. I have put in bold the cases where a President or Veep who was older than all their living predecessors (if any) left office at the end of their term. In all other cases, the distinction is transmitted through mortality.

John Adams, Martin Van Buren, Millard Fillmore, Andrew Johnson, Harry Truman, Lyndon Johnson, Richard Nixon, Gerald Ford and the elder George Bush were all both the oldest former President of the United States, and the oldest former Vice-President, at the same time. (In all cases except Nixon, they held both distinctions at the time of their deaths.)

John Quincy Adams, William Howard Taft and Charles G.Dawes all appear twice in their respective columns, having been succeeded in their offices by older men who they then outlived.

The otherwise rather obscure Levi P. Morton outlived six younger successors as Vice-President. I think that is a record. 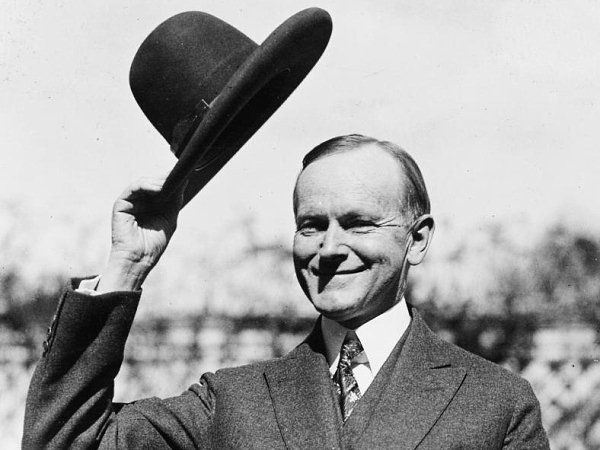 He was elected Vice-President on the same ticket as Warren Harding in 1920, and took office in 1921. When Harding died in 1923, Coolidge became president and the only other living former vice-president was his immediate predecessor Thomas R. Marshall, who was older than him. Marshall died in 1925, making Coolidge not just the oldest living former vice-president but the only one. Coolidge's own vice-president, Charles G. Dawes, was older than him, so when their term ended in 1929, Dawes took over the mantle of oldest former Vice-President from him.

If you spot any mistakes below, please yell.