The Sting won the Oscar for Best Picture of 1973, and picked up another six - Best Director (George Roy Hill), Best Writing, Original Screenplay (David S. Ward), Best Art Direction-Set Decoration, Best Costume Design, Best Film Editing and Best Music, Scoring Original Song Score and/or Adaptation. Robert Redford lost Best Actor to Jack Lemmon in Save the Tiger (which I admit I haven’t heard of), and The Sting was also nominated for Best Cinematography and Best Sound, losing to The Exorcist and Cries and Whispers respectively. Worth noting that Julia Phillips was the first woman to collect the Oscar for Best Picture (in the 46th Oscar ceremony). 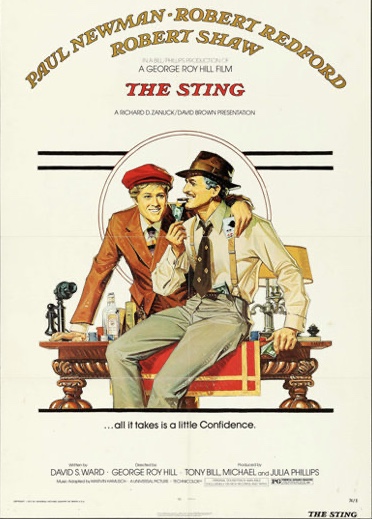 The other nominees for Best Picture were American Graffiti, Cries and Whispers, The Exorcist and A Touch of Class. I have not seen any of them. IMDB users rank The Sting 2nd or 8th of the films of 19732, depending on the system. The Exorcist is above it on both rankings. The other 1972 films I have seen are an odd assortment: Nebula winner Soylent Green, Live and Let Die, The Day of the Jackal, Jesus Christ Superstar, The Three Musketeers (the version where Spike Milligan is married to Raquel Welch), Charlotte’s Web (the original animated version - accept no substitutes) and The Golden Voyage of Sinbad (the one with Tom Baker before he was Doctor Who). I haven't yet seen Sleeper, which won both Hugo and Nebula. I think The Sting is the best of those that I have seen. Here’s a trailer.
Criminality continues at the Oscars, as this is the seventh Best Picture winner in eight years to be centred around law-breaking (stretching a point for A Man for All Seasons). Robert Redford (as Johnny Hooker) and Paul Newman (as Henry Gondorff) are hustlers in 1936 Chicago who set out to defraud a major crime boss from New York. I like it a lot, and I’m ranking it just behind last year’s The Godfather and ahead of Ben-Hur, in the top third (but just outside the top quarter) of my league table. In particular I should note that I rather bounced off last year's Hugo winner, Slaughterhouse Five, which was had the same director, George Roy Hill, but I really like The Sting. (I had seen both previous to my current award-winner project.)

A couple of returning faces to note from previous Oscar-winning films. Robert Shaw is Doyle Lonnegan, the New York crime boss who is the mark of the eponymous sting. Seven years ago, he was Henry VIII in A Man for All Seasons. 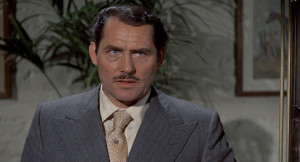 Ray Walston is J.J. Singleton, one of the key oeprators of the sting here; twelve years ago he was one of Jack Lemmon's clients in The Apartment. 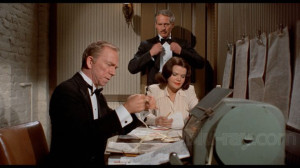 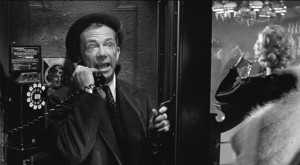 A less prominent character, Larry D. Mann is the train conductor here and was the racist councillor Watkins in In the Heat of the Night. 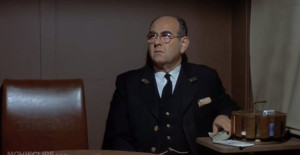 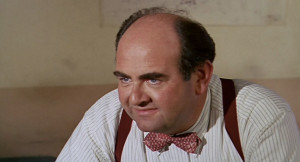 I did not spot any crossovers with Hugo-winning films, or with Doctor Who.

As noted above, I enjoyed this. It looks very good, and I'm certainly not familiar enough with either Illinois or California to spot which locations from the latter are pretending to be the former. The feeling of small spaces - on the train, in the bars or apartments, and finally in the fake betting shop - is very well conveyed. 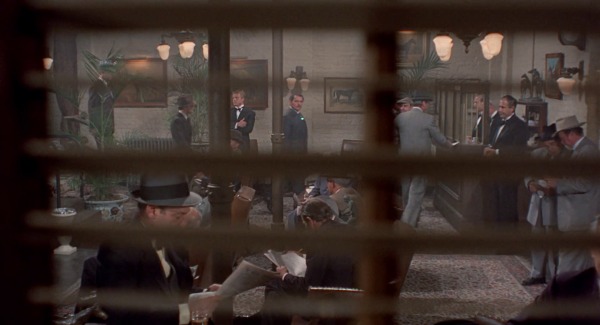 Going through my usual list, it's actually not bad on representation of women and people of colour. Even though fundamentally it's a story about the three white men played by Newman, Redford and Shaw, it's notable that the Chicago scenes show a more diverse team behind the sting, with Eileen Brennan's Billie in a key (if supporting) roles; and there is the subplot of Dimitra Arliss's Loretta, which ends with a very unexpected twist. 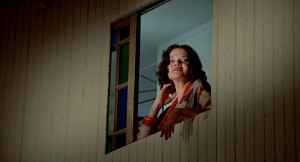 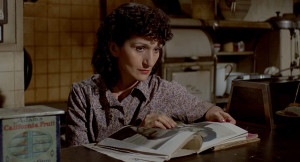 Two key plot developments are driven by Hooker's loyalty to his partner Luther Coleman (as played by Robert Earl Jones, father of James Earl Jones). The sting itself is vengeance for Coleman's death, and Hooker's collaboration with the FBI is driven by their threats against Coleman's widow. The fact that a white guy might be instinctively loyal to a black friend and his family is depicted as in no way problematic (perhaps beyond realism). I note also that the early visit to the Colemans' home is the only portrayal of normal family life in the film; the white people are too busy engaging in crime (and that includes the white women). Unfortunately we don't see much of the Colemans after Luther is killed, 23 minutes into a 129-minute film. We do hear a lot of ragtime music. 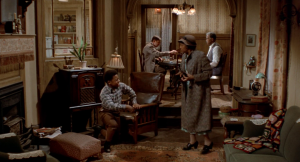 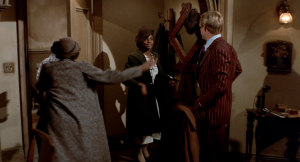 The narrative is carried by Newman and Redford, who are great individually and an even better double act. Both of them have to take on different identities during the film, as their main characters pretend to be other people. Redford is particularly watchable as the more action-oriented of the two. On first time of watching, I was genuinely shocked by the ending, which I had not seen coming at all; it's one of the greatest twists I can think of in movie history. The second time round, even knowing what was to come, I was on the edge of my seat. The story is actually a bit far-fetched - it requires Hooker and Gondorff and their team to execute a complex plan with split-second timing - but the film is clear that this may not actually work and that the stakes are very high. But the best remembered features of the film are the music and the title cards that introduce each narrative section. Every child of my age who attempted to learn the piano either foundered on the rocks of The Entertainer (as I did) or used it as a fundamental stepping stone to greater things.
The use of ragtime in the film is iconic and also anachronistic. The Entertainer was written in 1902; The Sting is set in 1936; but thanks to the film it's impossible for me to dissociate ragtime from the 1930s. (Incidentally, more time has passed since The Sting was made - 48 years - than had elapsed between the setting and the making of the film - 36 years.) Here's the full soundtrack - well worth a listen in the background fo whatever you are doing next after you read this.
Well, that was fun. Next Oscar-winning film is The Godfather II, which I saw once before, long ago; before then I'll write up Soylent Green and Sleeper. You can get The Sting here.