The big family event of June 2006 was my great-aunt’s 90th birthday. Here she is with her four children (the four on the left, with her sister-in-law) and her eight nieces and nephews, including my mother (whose face is unfortunately obscured). Three of the people in the picture are sadly no longer with us, but my great-aunt is still going strong and expects to turn 104 next month. (Picture taken by my sister.) 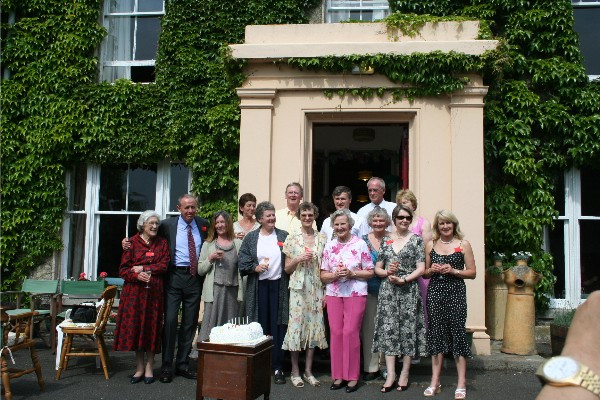 Two of the pictures from my own camera show the guest of honour and the youngest guest, young F, and me with my siblings. 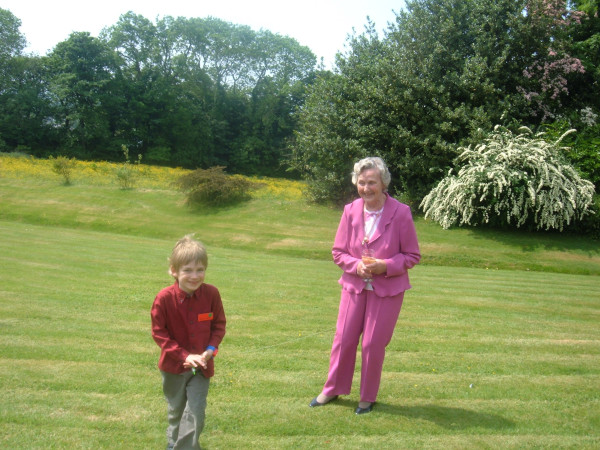 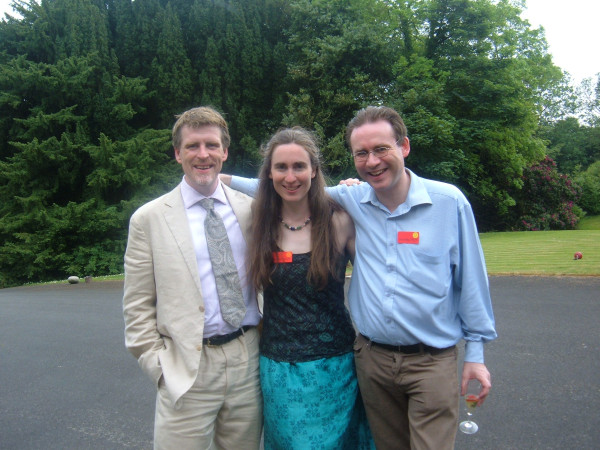 The other family birthday that month was B’s ninth. The big present was a crocodile-shaped water sprinkler, which all three children hugely enjoyed. Here is a rare video (well, compilation of several short videos) of the three kids together, B just 9, F about to turn 7 and U at 3½:
https://vc.videos.livejournal.com/index/player?player=new&record_id=1424733
Apart from that, I see I went to the Tun on 1 June so must have been in London, was in Thessalonica for a meeting with the SEERC later in the month, attended a Wilton Park conference, and seem to have ended the month with a visit to Paris. At work we published a report on the Preševo Valley of Southern Serbia. My Greek intern K was replaced by Macedonian E. (They both now work for the European Commission.) And I wrote what turned out to be the last of my mega-meta-reviews of that year’s Hugo finalists. (It wasn’t possible the following year, for reasons which will become clear, and by 2008 other channels had taken over.) This was also the month that I started really getting into the Big Finish Doctor Who audios.

non-fiction 6 (YTD 27)
Lords of Parliament: Manners, rituals and politics, by Emma Crewe
The Story of the Salonica Army, by G. Ward Price
The Television Companion: The Unofficial and Unauthorised Guide to Doctor Who, by David J Howe and Stephen James Walker
The Triumph of the West, by J.R. Roberts
The New Macedonian Question, ed. James Pettifer
The Gardeners of Salonika, by Alan Palmer

Doctor Who 3 (YTD 6)
Managra, by Stephen Marley
I Am A Dalek, by Gareth Roberts
Timewyrm: Genesys, by John Peel 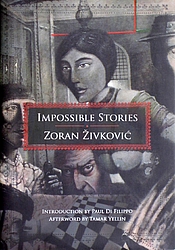 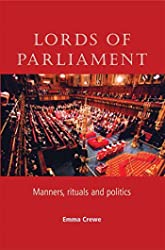 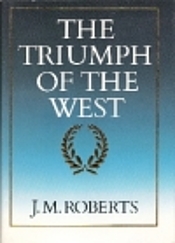