Well, we are partially back in the office. We have a strict rota - open Mondays, Wednesdays and Fridays; nobody does more than two days in a week; ten to twelve people each day (of a total strength of 49); only those who have actually asked to return have returned. We have proved we can work from home if we have to, the numbers are robust, but I was one of those who felt the need to recolonise our working space for general mental wellbeing.

I must say I found it very helpful to hang out with colleagues in real life rather than virtually. I am senior enough to have my own room to work from, but some of my equipment is at home and difficult to move safely, so I co-opted another desk in the open seating area and actually rather enjoyed myself. None of the people who I work with particularly closely had opted to come in this week, but that meant that I was able to get to know a couple of other colleagues a little better, including one chap who had only started as the lockdown was coming in.

We still have not been able to see our own daughters. Visits are now permitted, but under conditions that are basically unworkable (no touching, maintain 1.5 metre distance). Still, the trends are in the right direction. Today's numbers are again encouraging - 1750 in hospital, 364 in intensive care, 57 new fatalities, which are about half way between the corresponding numbers for 23 March (1883/385/78) but still some way above 22 March (1646/322/41), when the initial curve was particularly steep.

I am still in the fortunate position that anyone I know at all well who has had the COVID-19 virus has recovered or seems to be recovering. But there has been a grim toll in some people's families. One friend told me how she went straight from an international conference of health specialists in Brussels in early March to visit her mother in the UK. They both went down with the virus (which my friend reckons she caught at the conference). My friend got better; her mother did not. She's not the only person I know who has lost a close relative, but it's a particularly dreadful case.

Which brings me to today's real significance for me; it is the thirtieth anniversary of my father's death, aged 62, from a heart attack sustained while changing planes in John F. Kennedy Airport. He lingered for a few days but did not regain consciousness. At the age of 20 he had had the awful experience of seeing his own father, then aged 67, drop dead stading beside him in church. My other grandfather also died of a suddent heart attack in his sixties, and I need not spell out the conclusions that I have drawn for myself.

Whe he died, my father had just put the finishing touches to his last book, Interpreting Northern Ireland, in which he analysed the pros and cons of various ideological and methodological ways of examining the Nothern Ireland. He quipped that "It is quite possible that, in proportion to size, Northern Ireland is the most heavily researched area on earth." His first book, Church and State in Modern Ireland, set the agenda for the analysis of mid-twentieth-century Irish politics for a generation, and is still taken as a baseline for today's researchers even if they don't always agree with it.

He was not only an analyst. In a June 1971 pamphlet on The Reform of Stormont, written for the New Ulster Movement, he proposed five key reforms: proportional representation for elections, stronger parliamentary committees, more members of the Stormont Parliament, a reformed Northern Ireland Senate and proportional representation of the political parties in government. Four of these became hardwired into the Sunningdale Agreement in 1973 and later the Good Friday Agreement of 1998. The Northern Ireland Senate was abolished rather than being reformed, though the suggestions survive in spirit in the Civic Forum/Civic Advisory Panel. As far as I know, my father was the first to advocate most of these ideas in the Northern Ireland context (apart from proportional elections, a discussion which is older than Partition), and I think he deserves more credit than he has received for originating them.

He would have been encouraged, frustrated and fascinated by the way the world has changed in the last thirty years. He would also have loved being a father-in-law and grandfather, and of course that is where we miss him the most. He packed a lot of love and guidance into the 23 years that I knew him, and I wish there had been more of those years. 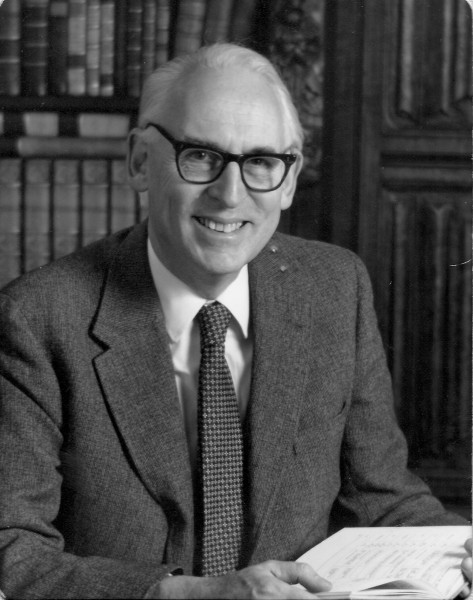