This is the latest post in a series I started last November, anticipating the twentieth anniversary of my bookblogging which will fall in 2023. Every six-ish days I've been revisiting a month from my recent past, noting work and family developments as well as the books I read in that month. I've found it a pleasantly cathartic process, especially in current circumstances when we are all somewhat distracted. If you want to look back at previous entries, they are all tagged under bookblog nostalgia.

No Crisis Group papers in April 2006, but I did publish a piece in Interationale Politik in the wake of the failed Dutch and French referenda on the EU's Constitutional Treaty, advocating the sort of citizen's assembly, with an element of random selection, that has subsequently been used to great effect in Ireland and which President Macron is now advocating for France and for Europe; I was ahead of my time. You can read it here.

My only trip was to Stockholm, starting on my 39th birthday; as well as attending a conference, I went to the Vasa Museum and the Nobel Prize Museum, both very interesting. We celebrated my birthday at the weekend when I got back, which also was the weekend that the lovely School Reunion episode of Doctor Who was broadcast.

Six-year-old F and I had a trip to the big park in Kessel-Lo where he tried a couple of means of transport.
https://vc.videos.livejournal.com/index/player?player=new&record_id=1416185
More grimly, one of our neighbours was murdered by her husband, who later took his own life in prison. She had been a stalwart of the annual dorpsfeest, and a bench in the grassy space behind the parochial hall is dedicated to her memory (lovely photo by Ernst Gülcher). 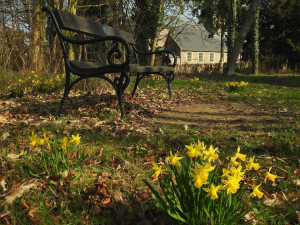 Without much travel, and commuting by car, I read only 13 books in April 2006, but some of them were quite long:

non-fiction 7 (YTD 17)
A Man On The Moon, by Andrew Chaikin
Georgiana, Duchess of Devonshire, by Amanda Foreman
Alexander Hamilton, by Ron Chernow
William Heinemann: A Memoir, by Frederic Whyte
Malachy, by Brian Scott
You, The People: The United Nations, Transitional Administration and State-Building, by Simon Chesterman
International Governance of War-Torn Territories: Rule and Reconstruction, by Richard Caplan

sf 5 (YTD 21)
Mappa Mundi, by Justina Robson
The Jennifer Morgue, by Charles Stross
Secret Files: The Inside Story of International Rescue, by Chris Bentley, Stephen Cole and Graham Bleathman
A Hat Full of Sky, by Terry Pratchett
The Moon Pool, by A. Merritt

The best of these are the two biographies of Alexander Hamilton and Georgiana, Duchess of Devonshire. They were almost exact contemporaries - they were born two years apart and died two years apart, she soon before her 49th birthday (of natural causes) and he a few months after his (shot dead by the vice-president of the United States).

Neither is mentioned in the other biography, and they would not have ever met (neither ever crossed the Atlantic), but they would have known about each other. John and Abigail Adams certainly knew them both. Abigail was not a fan of either. On 30 September 1785, she wrote of Georgiana,

Amongst the most celebrated of their beauties stands the Duchess of Devonshire, who is masculine in her appearance...

Beware of that spare Cassius, has always occured to me when I have seen that cock sparrow. O I have read his Heart in his wicked Eyes many a time. The very devil is in them. They are lasciviousness itself.

Angelica Schuyler Church (who gets a lot of the good lines in Hamilton the musical) and her husband (a radical English MP) must also surely have known them both on rather better terms - John Church was an ally first of Earl Grey (he of the tea, who was also Georgiana's lover) and then of Charles James Fox (who she also strongly supported).

One of Hamilton's great-granddaughters was a Georgina, but that's more likely a homage to Washington than Devonshire. (Incidentally it was she who got the famous Emma Lazarus poem, "Give me your tired, your poor, Your huddled masses.." inscribed on the Statue of Liberty.) You can get Alexander Hamiton here and Georgiana, Duchess of Devonshire here.

None of the other books this month was all that bad but I guess The Moon Pool failed to convince me; you can get it here. 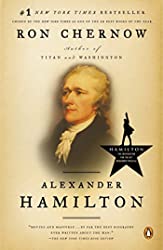 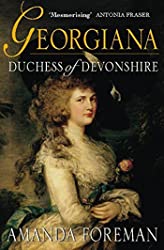 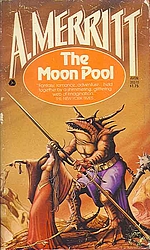