The French Connection won the Oscar for Best Picture of 1971, and picked up another four - Best Director (William Friedkin), Best Actor (Gene Hackman), Best Adapted Screenplay (Ernest Tidyman) and Best Film Editing (Gerald B. Greenberg). Roy Scheider lost Best Supporting Actor to Ben Johnson in The Last Picture Show, and it also lost to Fiddler on the Roof in two other categories. 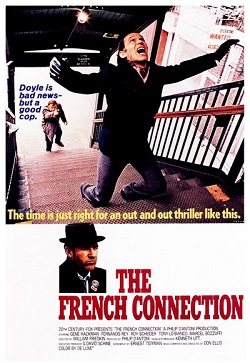 The other Best Picture nominees were Nicholas and Alexandra and the  Hugo-winning A Clockwork Orange, both of which I have seen, and Fiddler on the Roof and The Last Picture Show, which I haven't. IMDB users rate it third and fourth for the year on the two systems, with A Clockwork Orange and Willy Wonka & the Chocolate Factory ahead on both counts and Dirty Harry on one. From 1971, I am pretty sure that I have also seen Willy Wonka & the Chocolate Factory, Diamonds are Forever, Bedknob and Broomsticks, the Monty Python compilation And Now for Something Completely Different, and the Dad's Army film. To be honest I'd rate The French Connection in the middle of that pack.

Here's a contemporary trailer.
The film is based on the true story of the 1962 police interception of a massive heroin shipment coming into New York from France, smuggled inside the bodywork of a car. Interesting to note that we are experiencing a crime wave in the Oscars at this epoch - the lads in Midnight Cowboy live on the edge of the law, the lads in Oliver! are definitely on the wrong side, In the Heat of the Night is a murder investigation and A Man for All Seasons climaxes with the protagonist's trial and execution. Looking ahead, we have The Godfather next year, The Sting the year after, and The Godfather Part II the year after that. (Arguably there is criminality also in One Flew Over the Cuckoo's Nest the following year.)

I'm afraid that The French Connection did not really grab me. I'm putting it two thirds of the way down my table, below My Fair Lady and above another New York film, Going My Way. (Still ahead of last year's Patton.) It's an unspohisticated story of two not very interesting policemen biffing the bad guys and occasionally also the good guys with whom they disagree. It does have a couple of really brilliant moments, which I will get to.

There is only one actor returning from a previous Oscar-winning film (and no Hugo or Doctor Who crossovers). It is Bill Hickman, playing FBI agent Mulderig here, fresh from his role as Patton's driver last year. Hickman of course was best known in his career as a stunt driver, and he got to deploy those skills in The French Connection. 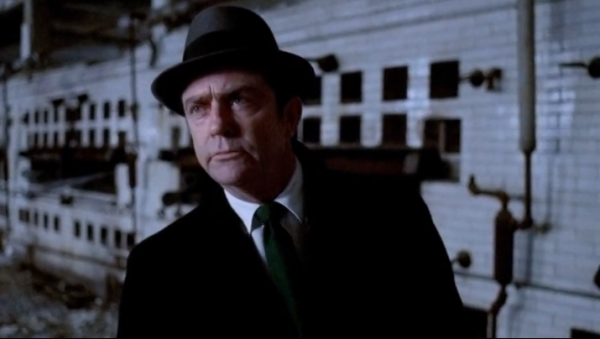 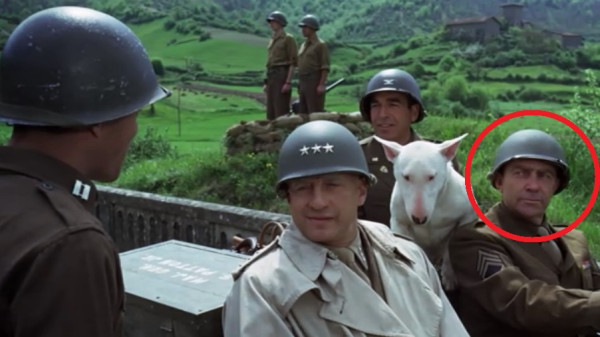 Once again this is a film about white men. The black characters are criminals. The women are arm candy, even if Arlene Farber rather glows in her small part as Angie Boca - on the other hand, Doyle's girlfriend, whose bottom makes a brief but memorable appearance at 38 minutes in, isn't even named let alone credited. There is an exception to these sweeping generalisations: an appearance from Fayette Pinkney, Valerie Holiday and Sheila Ferguson, better known as The Three Degrees, performing "Everybody Gets to Go to the Moon" in the crucial scene in the Copacabana nightcub (which was in fact one of their regular gigs when the film was made in 1971, but not in 1962 when the events of the film took place as they hadn't been founded yet):
https://vc.videos.livejournal.com/index/player?player=new&record_id=1414482
The film has a rather odd intersection with reality. Eddie Egan and Sonny Grosso, the two policemen on whom the protagonists Jimmy Doyle and Buddy Russo, the two central characters, were based, both actually have acting roles in the film, Russo a small part as FBI agent Klein, but Eddie Egan looms rather larger as Doyle's supervisor Simonson. In one scene, Egan as Simonson comes to blows with Gene Hackman as Doyle, a weird case of someone fighting with their own on-screen portrayal. I can't get a good screenshot of the tussle, but here's Hackman as Doyle (left) and Egan as Simonson (right) immediately before. 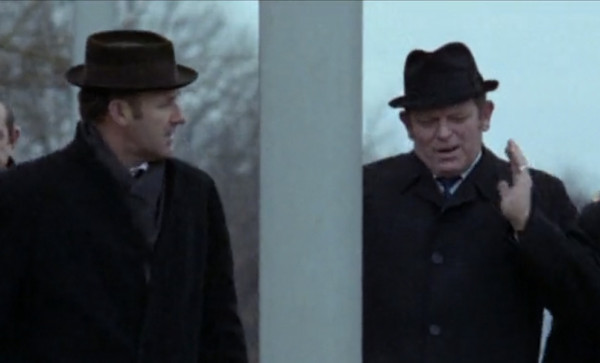 And here is Grosso as Klein (left) supporting Schneider as Russo (right) towards the end. (Grosso died only a couple of months ago.) 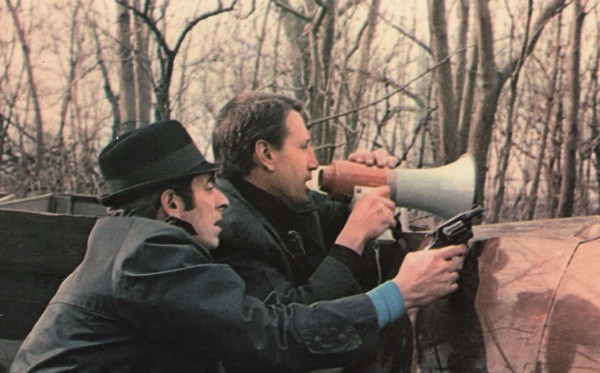 A number of small parts are played by people who actually worked in those roles in real life - most notably, Irving Abrahams, who plays the NYPD mechanic who takes the famous car apart, was in fact the NYPD mechanic who had disassembled the car at the centre of the real drugs case on which the movie is based, so in effect he is playing himself. I cannot think of many other non-celebrity cases like this - the chemist Don Suddaby in Lorenzo's Oil is the other one that comes to mind. 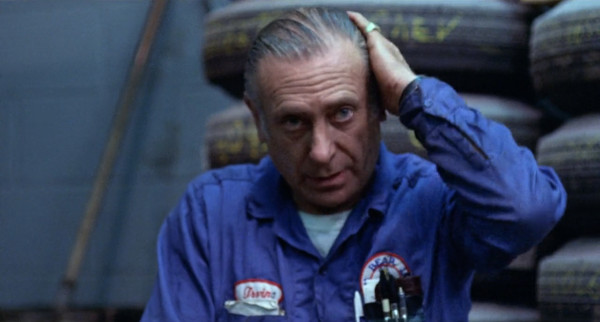 I will admit that the main actors are very watchable - if anything, I thought Roy Scheider slightly better as Russo than Gene Hackman as Doyle, though Hackman is admittedly given more to do. 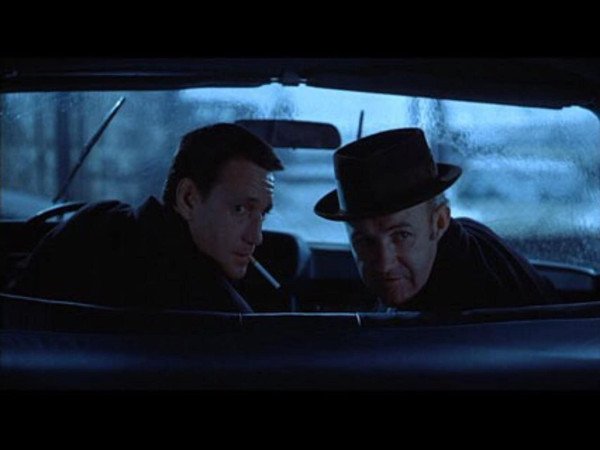 Also a shout out to Fernando Rey whose French is not really all that good but rises to the occasion as chief baddie Alain Charnier. 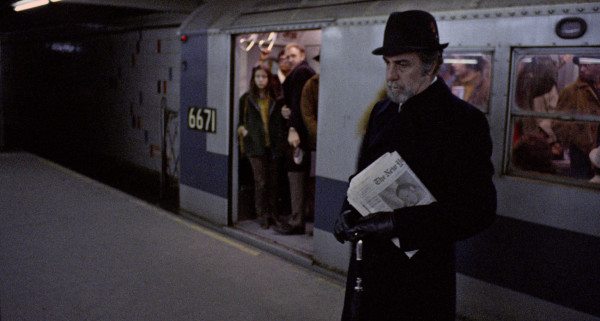 What makes the film is the cinematography. The documentary style of filming gives it all an air of gritty reality, and in particular the action scenes that dominate the second half of the film are very exciting and very well done. Here's the climax of the famous chase:
It's also mercifully short - at 104 minutes, shorter than any film we've had since Marty in 1955 (and Marty is the shortest of them all), sandwiched between two very long ones (both Patton and The Godfather are over 170 minutes). You can get it here.

I also read the original book by Robin Moore. The second paragraph of the third chapter is:

Still, it is not easy to get a warrant to tap a phone. There must be sufficient reason to believe, established by precedent and tangible evidence, that the telephones to be wired are used by suspected felons or conspirators and could lead police either to their apprehension or to prevention of additional felonies. It must also be shown that the telephones themselves are used to further illicit enterprises. This last point can be a bit tricky to substantiate, but, depending upon the cirumstances and the applicants, most judges will issue the warrants.

The book purports to be a journalistic account of the original heroin bust of 1962, but is clearly very fictionalised - verbatim dialogue and other incidental details inserted wholesale into the text, plus (perhaps more important) the third of the three detectives who actually solved the case is written out of history. It is very good on the detail of the heroin trade (largely absent from the film). It's also racist, sexist and homophobic. You can get it here. 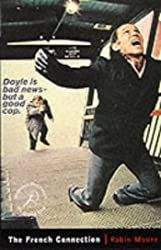 Next up: The Godfather.