I got hold of this Big Finish box set to acompany my cycling through the forest in recent days, and realised only when I started writing this up that although I had already listened to Volume One of this series a couple of years ago, I had actually missed Volume Two. Oh well, more pleasures in store I guess. 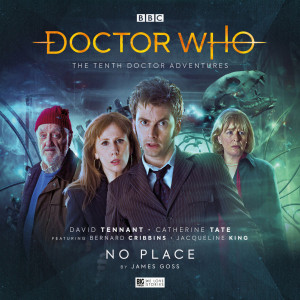 All three stories here bring David Tennant back together with Catherine Tate as Donna Noble. The first one, No Place by James Goss, also brings back Jacqueline King as Donna's mother Sylvia and Bernard Cribbins as her grandfather Wilf. They are posing as a nuclear-ish family (ie the Doctor and Donna are pretending to be married) investigating a haunted house in collaboration with a TV show called Haunted Makeovers. As my regular reader knows, I rate Goss very highly as perhaps the best regular current Who writer who has never written for TV. I'm afraid this didn't quite work for me; I guess I am not familiar enough with the subgenres of makeover TV or ghost movies to really get the joke, and the plot didn't make a lot of sense in its own terms. The actors all seemed to be having fun, which is important I guess. You can get it here. 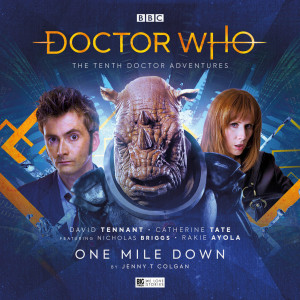 One Mile Down, by Jenny T. Colgan, worked a lot better - an underwater city, where humans and fish people are attempting to find an uneasy modus vivendi, is disrupted, possibly fatally, by Judoon on a mission. There is lots of high and low politics going on, and I found the plot intricate but consistent and compelling. Also very welcome to hear the voice of Rakie Ayola, who played the tragically unnamed hostess in Midnight, one of my favourite Tenth Doctor TV stories. You can get it here. 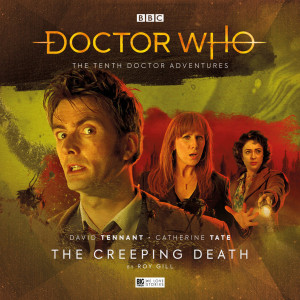 The Creeping Death, by Roy Gill, is set in the Great London Smog of 1952; the theme of a massive public health disaster, whose victims find their lungs unable to support their attempts to breathe, turns out to be uncannily relevant for our current situation (prescient as the story was recorded in September 2018 and released in May 2019). The soundscape evokes a cinema, smog-ridden streets and a bus garage in London of the day, with a nod towards the politics of homosexuality; it's an intense and heartfelt piece. You can get it here. I had only come across one other piece by Roy Gill, the first Class audio, which was also very good. I'll look out for more by him. 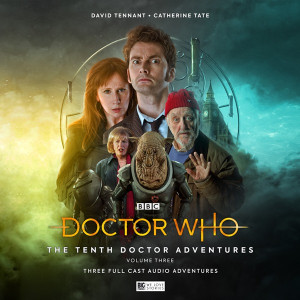 The box set as a whole includes the usual amusing behind-the-scenes banter, but also another disc celebrating David Tennant's association with Big Finish, which goes back to 2001; there is a lovely early interview with him spontaneously gushing about his fannish delight in the show. It's a very close match between him and Peter Capaldi as the most Whovian of the lead actors in their personal preferences. The whole thing is worth getting as a set, and you can do that here.

For all those years before she married Dan Needham, my mother never had a real job, or pursued a higher education; and although she never lacked money—because my grandmother was generous to her—she was clever at keeping her personal expenses to a minimum. She would bring home some of the loveliest clothes, from Boston, but she would never buy them; she dressed up her dressmaker's dummy in them, and she copied them. Then she'd return the originals to the various Boston stores; she said she always told them the same thing, and they never got angry at her—instead, they felt sorry for her, and took the clothes back without an argument.

A slow and intricate novel of life in the 1950s and 1960s in a small New Hampshire town, where the narrator's mother is accidentally killed by his best friend in a sporting accident and the whole story is told as a flashback from Canada in 1987. There are two brilliant comic set pieces, first where Owen Meaney takes command of the town's Christmas Nativity play, and then later where he inspires the removal of a hated teacher's car from the schoolyard to the stage of the assembly hall. It has a grim and not totally plausible ending; it goes on maybe a bit too long; but it's a nice chunky read about friendship, growing up and family secrets. I had read it years ago but had forgotten enough to enjoy it again. You can get it here.

This was the top book on my shelves that I had not already reviewed online. Next up is The Master and Margerita, by Mikhail Bulgakov. 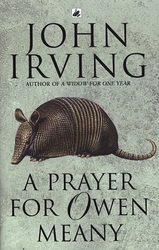