Ten days since my previous update, a briefer set of notes on what has been happening.

First off, I had a bad bug last week - I had actually had an upset stomach a few days previously, and thought I had recovered, but then started a course of antibiotics on Monday evening and perhaps that over-triggered the body defences; at any rate, I slept very badly on Tuesday night and woke on Wednesday knowing I was not getting out of bed that day. On Thursday I felt even worse and of course worried that I was coming down with the Big Rona; but I called our GP who pointed out to me that I had no trouble breathing and no temperature, and more importantly neither Anne nor F was showing any symptoms at all, so it was just one of those things. I stayed in bed on Friday as well and was better at the weekend. Read quite a lot on Wednesday and Friday, didn't have the energy for it on Thursday but watched a classic film in bed, in stages. Back at work today with a mountain of backlog, of course.

More positively, we've been able to Skype with little U every couple of days, and she now understands what is going on - at first she obviously thought that she was seeing a passive video, but she eventually realised that it was "real". (We get regular updates on B, who is fine, but there is no point in tryingto Skype with her.) When we talk to U, it's with my iPad held at arm's length, so it can get a bit crowded at our end of the call. You will see that we have been joined by Upsy Daisy and Igglepiggle. 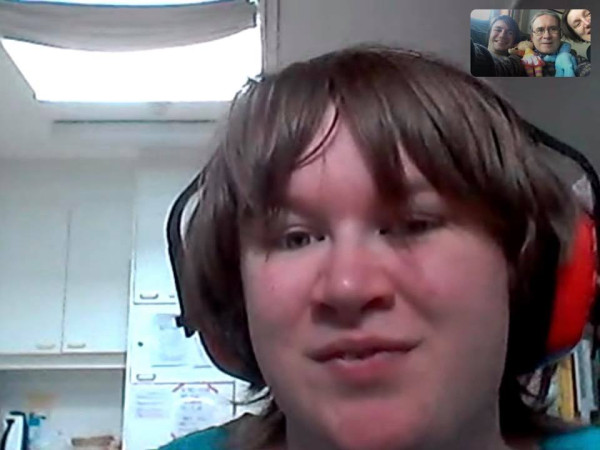 I am glad to say that the Big Rona has yet to hit my own immediate circle. The former prime minister of Somalia, who I met a few years ago, sadly succumbed to it; we have also lost the great Mhamed Khadad, but as far as I know it wasn't Coronavirus that got him. I have been fortunate; I know from Facebook and Twitter that a number of my friends have had sadder experiences. I have had no update on ex-president Ahtisaari, but another friend in his 70s who had been hospitalised in Sweden has been released and is still recovering at home.

Belgium appears to be at or even slightly past the peak, at least of this round. Today the number of COVID-19 patients in intensive care decreased for the first time since the crisis started, and the expectation is that the death rate (which sadly reached another maximum today) should start to fall in a week. Whether this means we can start going back to business on 19 April is another matter. I think it's more likely that we will be asked to tough it out until 3 May, or perhaps have a partial relaxation in the last ten days of this month.

The situation in the USA continues to horrify me. I know, I know, states' rights and all that; it simply means that there are 50+ different outbreaks which are simply not being co-ordinated, with no national leadership and the highest daily death rate of anywhere as of current writing. But the crazy thinig is that the objective evidence of Trump's failure to deal with the issue appears to have no effect on the internal narrative - in fact, his approval rating seems to be higher than at any time since January 2017. Cause for despair.

Meanwhile, when I have not been ill I have found it easy enough to disappear into the spare room to do Werk and then emerge at the end of the day. Next weekend will be a long one again - remember Easter? My plan to do more videos about the neighbourhood was hit by illness last week, but I hope to revive it. We are fortunate enough to live near the woods, and get out often enough. 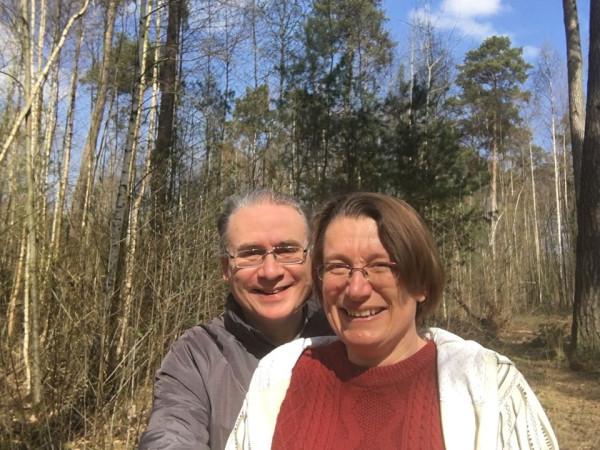