It was a good thing no friends or family of the unfortunate victim were around now, because this case had him grinning from ear to ear from the moment he had first encountered it.

This was one of the Clarke submissions from 2015 that I put aside at the time - obviously fantasy rather than science fiction - but have now got back to. The basic plot is about an American innocent in Paris in the 1950s who gets mixed up with some ancient Russian witches who have a typical tendency to kill people (and the Russian priest whose life is mixed up with theirs). But the brilliant bit is a plotline about a police detective who is turned into a flea at an early stage of proceedings, and spends most of the rest of the book hopping from place to place gathering information - about the witches but also about his own domestic situation. The adventures of Inspector Vidot are rather glorious, and more colourful than the rest. You can get it here.

This was the most popular book on my unread shelf acquired in 2015. Next on that list is The Queen's Spymaster, by John Cooper. 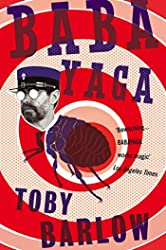