The major event of August 2005 was my first Worldcon, Interaction in Glasgow. I had a whale of a time, met many people who I had previously known only online, shared a room with Alaskan writer David Marusek, spoke on several panels, attended many more. The two best pictures of me were taken at a panel with Harry Turtledove, by Elizabeth Patrick, and just hanging around, by Anna Feruglio Dal Dan. 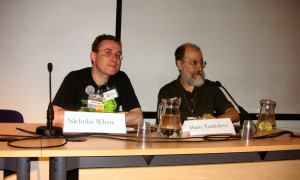 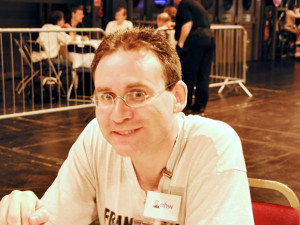 For our summer in Northern Ireland, the kids were able to use a trampoline: 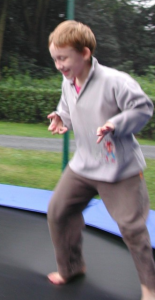 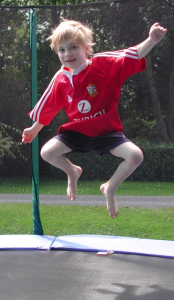 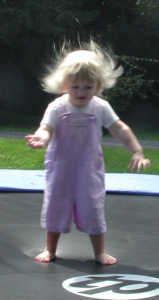 At the end of the month, back at work, I went to an exceptionally fun conference in Macedonia, afterwards meeting with the famous Baba Tahir Emini of the Bektashi sect (who sadly died a few months later). sf 9 (YTD 51)
Harry Potter and the Half-Blood Prince, by J.K. Rowling
The Prize in the Game, by Jo Walton
Nineteen Eighty-Four, by George Orwell
The World Inside, by Robert Silverberg
Imperial Earth, by Arthur C. Clarke
City, by Clifford D. Simak
Cultural Breaks, by Brian Aldiss
A Mirror for Observers, by Edgar Pangborn
King of Morning, Queen of Day, by Ian McDonald

comics 1 (YTD 6)
Like A Velvet Glove Cast In Iron, by Daniel Clowes 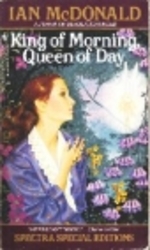 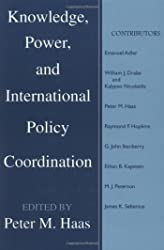 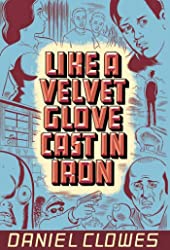