Second paragraph of third chapter (which I didn't actually reach):

Reena Patai sat alone in the courtyard in the purple shadow of the chestnut tree, and she crossed herself when she heard those words. The voice came to her from nowhere—not from the anemic thoughts of the mad, which continued to chew her hearing with their baffled mutterings though midnight peaked over the dark asylum—and not from the night matron subvocalizing a paperback about a woman’s second chance at love. The voice was Satan’s own.

I got ten pages into this and realised that I would get no further; the writing style is simply awful. I mean, look at the above - "chew her hearing"??? "midnight peaked"??? "subvocalizing a paperback"??? Turns out to be the third of a four-part series, which surely did not help my appreciation. If you want, you can get it here.

Second of three books in a row that I could not finish (and of the three, the one I cast aside most quickly).

This was my top unread book acquired in 2014. (Must have been an electronic freebie of some kind; I'd be worried if I actually paid for it.) Next is Sleepers of Mars, by John Wyndham, of which I have higher hopes. 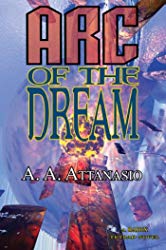