May 2005 was a massively busy month. Most notably from the family point of view, we mounted a massive expedition with little F and littler U to Washington, New York and Boston, seeing spaceships and whales, for my brother's wedding in Massachusetts. 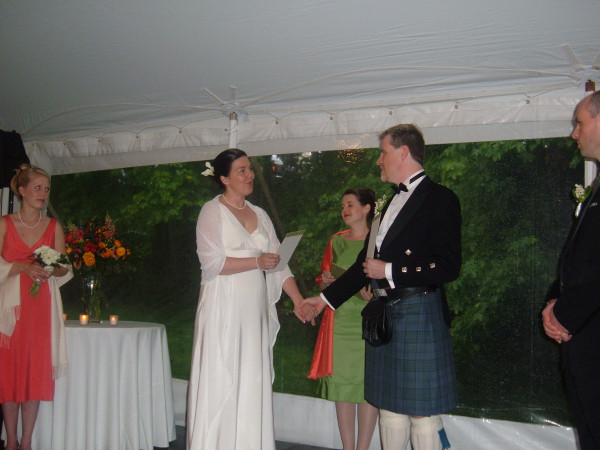 I went almost directly from the wedding to the first ever meeting of NATO's Euro-Atlantic Partnership Council, held in Åre, Sweden, where I spoke on a panel of people with Wikipedia pages: James Elles (then an MEP), Kolinda Grabar-Kitarović (then foreign minister and subsequently president of Croatia), Pierre Lellouche (then a French MP), Dimitrij Rupel (the foreign minister of Slovenia), Nick Burns (newly appointed Under Secretary of State), and Kastriot Islami (then foreign minister of Albania). 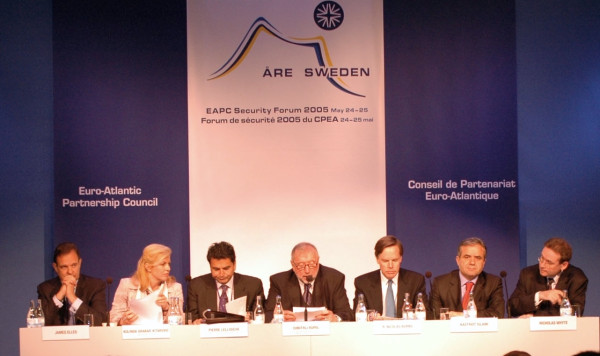 The British election took place earlier that month on 5 May, the only Westminster election this century for which I did not do broadcasting coverage (I have been on BBC TV for the four since 2010, and was on RTE radio for the 2001 vote). I did manage to win a modest £30 - I advised an online betting company that they had underestimated the swing from the SDLP to SF, and they gave me a free wager in recompense, which I used to profit from the lower than expected seat total for Labour. (Which netted me far less than they gained from my advice, of course.)

The EU was thrown into disarray by the rejection of the proposed Constitutional Treaty by the French people in a referendum on the 29th, by 55% to 45%. See June for more details...

On a sadder note, my uncle Alastair Downie died around the time of the British election - so far (touch wood) the only one of my uncles to have left us. He was 88, and the widower of my father's only sibling, my aunt Ursula, who had died aged only 59 in 1998.

SF 5 (YTD 32)
The Dancers At The End Of Time, by Michael Moorcock
No Enemy But Time, by Michael Bishop
Iron Council, by China Miéville
The Algebraist, by Iain M. Banks
Iron Sunrise, by Charles Stross

I enjoyed all of the above, none outstandingly more than the others.