I pulled the window open and checked that the half-litre I had left out on the sill was still there. I could have kept it in the freezer of my fridge but there's something pleasing about the thought of vodka chilled by the elements rather than electricity. Not that I drink any more, not since Chinara died. I fished out a tumbler from the chaos of the sink, rinsed it, poured a good-sized shot. I stared at the glass for a long time, remembering the days when I drank, the reason why I stopped. A sort of penance, I suppose. Then I tipped it down the sink, rinsed the glass once more, took three steps to the bedroom and lay down.

I have no idea how this ended up on my Amazon wish list; I guess I saw a review somewhere and decided that it looked interesting, and then bought it in my splurge of using a Christmas Amazon voucher to sweep a number of the cheapest books on the list.

It's a detective novel set in Kyrgyzstan, mostly in the capital, Bishkek, but with excursions to Osh, the second city, and to the Chinese border. The narrator, Inspector Akyl Borobaev, has recently lost his wife to cancer, and is brought in to solve the gruesome murder of the daughter of the Minister for State Security. There is a lot of very good circumstantial detail of the human and physical geography of Kyrgyzstan, a country of which I know very little, and the various characters (all deeply unpleasant, apart from a glamorous Uzbek security agent) are very vividly depicted. I was less convinced by the revelation of the villain's identity; I did not quite get the means or motivation. Still, an interesting change. Apparently the first of a series, though not sure how energetically I will seek out the rest. You can get it here. 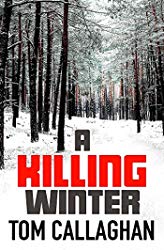