April 2005 began for me with a job interview to run a Brussels-based thinktank (I didn't get it, and the thinktank has since folded), and also included trips to the USA (Washington and New York) and, for the first time in my life, Albania. I got a letter about Kosovo and Bosnia in European Voice; we published a briefing on refugee rights in South Ossetia (wildly optimistic, as it now turns out) and a full report on the Sandzak, which includes my favourite footnote from my time at Crisis Group:

The Sandzak of Novi Pazar is chiefly remembered as one of the smaller pieces in the game played by the Great Powers before World War I, an obscure place which doomed those who got too closely involved with it.1
1 See, for instance, "The Lost Sanjak", a short story by Saki (H.H. Munro) published in 1910, whose protagonist's failure to remember the location of Novibazar (Novi Pazar) proves fatal; and Thomas Pynchon's novel, Gravity's Rainbow, in which a minor character, Lord Blatherard Osmo, "occupied the Novi Pazar desk at the Foreign Office … for on this obscure sanjak had once hinged the entire fate of Europe", and similarly comes to a very sticky end.

(Lord Blatherard Osmo is eventually discovered mysteriously suffocated in a bathtub full of tapioca pudding, at the home of a Certain Viscountess, shortly before the outbreak of war in 1939.)

In the wider world, the Pope died while I was on the plane to DC, and his replacement was the infamous Cardinal Ratzinger. The runner-up in the election was the Argentinian cardinal Jorge Mario Bergoglio; I wonder what happened to him afterwards?

I celebrated my 38th birthday by speaking at a meeting of the Foreign Affairs Committee of the Belgian Senate. Here I am with my new intern J (originally from Pittsburgh but of Ukrainian/Russian heritage) waiting in the wings: 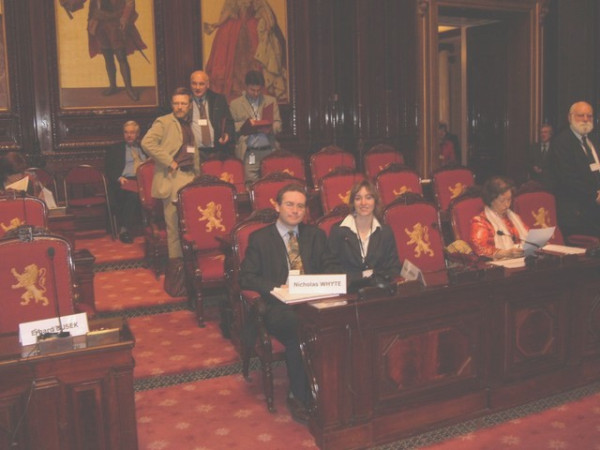 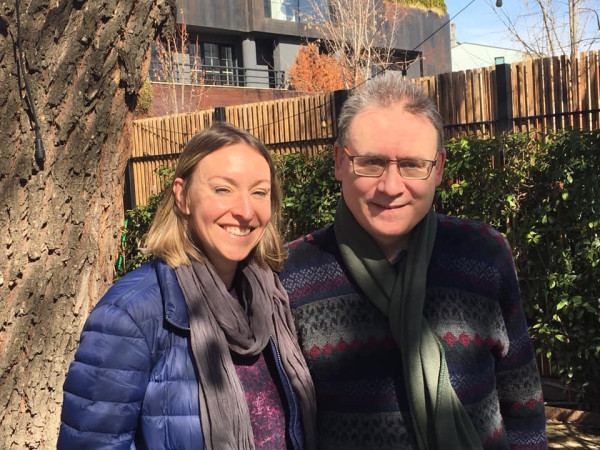 But it's not all about me; I used the new camera to get some pictures of the children as well - B aged 7, F aged 5 and U aged 2. 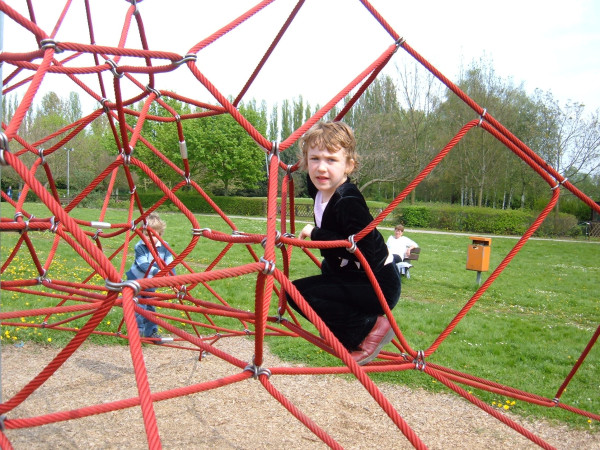 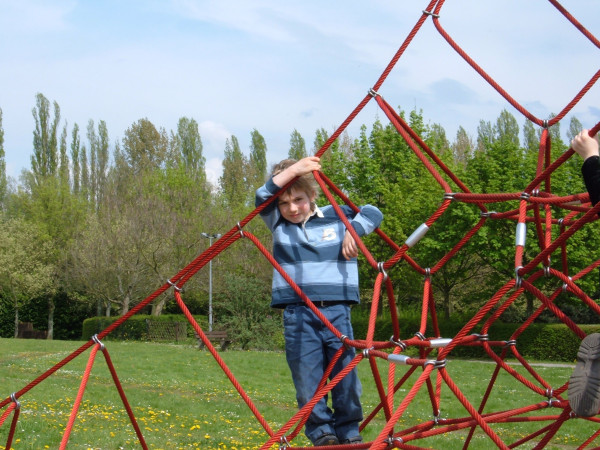 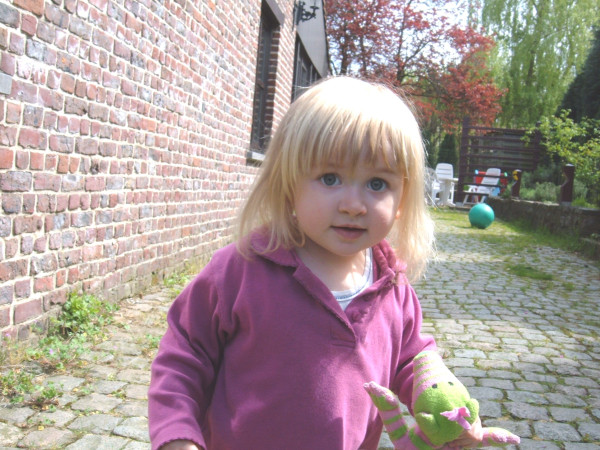 Anne and I had a rare romantic break to the Kröller-Müller Museum in the Hoge Veluwe near Apeldoorn in the Netherlands; you can cycle through and experience the art. Anne was enjoying it more than her expression here suggests (sun in her eyes). On the last day of the month, B made her First Communion as arranged by the school and local church, which I found a kind and compassionate ceremony which of course meant little to her but is an important assurance us that our daughter is a full member of God's family, entitled to eat at His table (as I wrote at the time; not sure I'd put it that way now). I got a couple of decent pictures of the family. 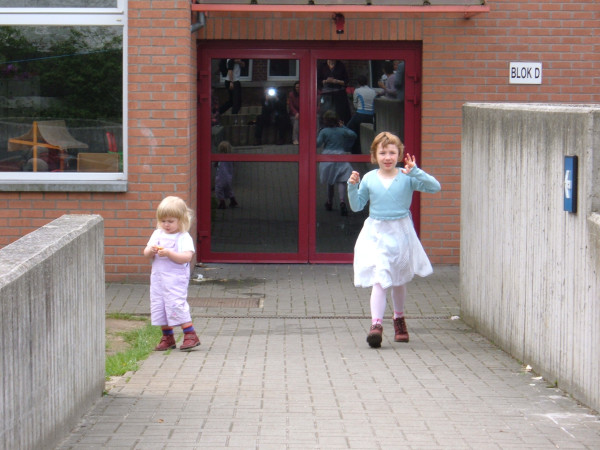 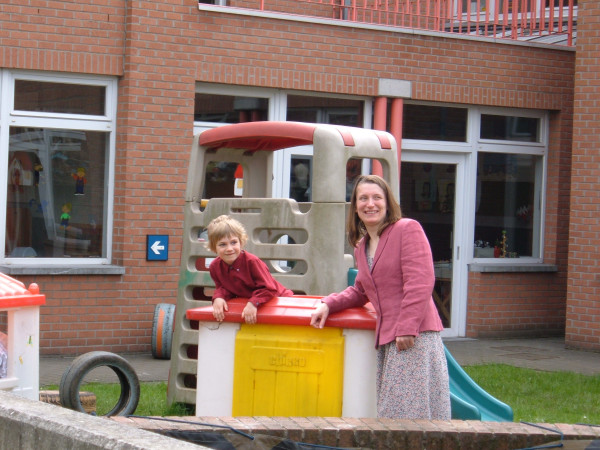 Despite the transatlantic travel, I read only 13 books this month, and three of them were very short guides preparing for the May 2005 odyssey.

Non-fiction 5 (YTD 19)
Investing in Prevention: An International Strategy to Manage Risks of Instability and Improve Crisis Reponse, by the Prime Minister's Strategy Unit
Collision Course: NATO, Russia and Kosovo, by John Norris
Journey Around New York from A to Z, by Martha Day Zschock and Heather Zschock
Journey Around Washington DC from A to Z, by Martha Day Zschock
Journey Around Boston from A to Z, by Martha Day Zschock
SF 7 (YTD 27)
Broken Angels, by Richard Morgan
The Wanderer, by Fritz Leiber
The Snow Queen, by Joan D Vinge
Cities in Flight, by James Blish (I would now count this as four books, but I tallied it as only one in 2005)
Reach for Tomorrow, by Arthur C. Clarke
Banner of Souls, by Liz Williams
The Doors of His Face, The Lamps of His Mouth and other stories, by Roger Zelazny

These are all good books. If I had to pick a top four, they would be the two short story collections by favourite authors - you can get the Clarke here and the Zelazny here - Barbara Stok's graphic reflections on life, which you can get here, and my then colleague John Norris's first person account of resolving the Kosovo crisis in 1999, which you can get here. 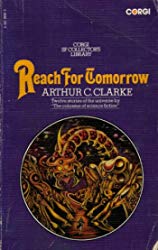 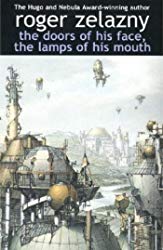 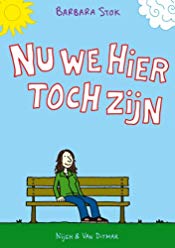 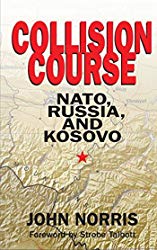