November 2004 was grimly dominated by the re-election of President Bush, which I honestly had not seen coming. It was an important lesson to me to avoid wishful thinking in my elections analysis in the future. The newly re-elected Bush administration immediately recognised Macedonia as Macedonia, which probably played an important role in the failure of the following week's referendum which would have reversed some elements of the post-conflict local government reform if it had passed. We presciently published a report on South Ossetia, and I had another op-ed on Moldova. My one work trip was to Geneva, where I rather bravely drove there and back; I remember a long and valuable walking conversation with Pat Cox beside the lake, where he gave me some invaluable career advice ("read the paperwork before the meeting"), and also giving Hattie Babbitt a lift to Geneva Airport as I departed. We actually managed two family trips, one ot the Ardennes with the kids, and one with just the two of us to the Hague for a dance performance connected with the royal wedding earlier in the year.

Non-genre 7 (2004 total 19)
Atonement, by Ian McEwan
The Scheme for Full Employment, by Magnus Mills
The Man Who Was Thursday, by G.K. Chesterton
The Summer Book, by Tove Jansson
The Distant Past, by William Trevor
The No 1 Ladies' Detective Agency, by Alexander McCall Smith
Tears of the Giraffe, by Alexander McCall Smith
SF 3 (YTD 71)
Science Fiction: The Best of 2003, ed. Jonathan Strahan and Karen Haber
Missing Man, by Katherine MacLean
Year's Best SF 9, ed. David Hartwell and Kathryn Cramer
2,800 pages (YTD 46,000)
3/10 by women (YTD 34/140)
None by PoC (YTD 2/140) 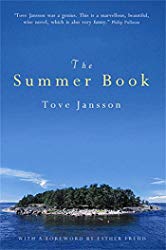 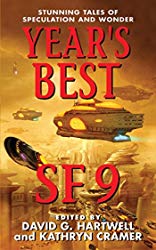