I started the month in Portugal, and also went to Washington, New York, Utah, Boston, and London. At work, we published a report on Armenia. (Anne and I celebrated our 11th wedding anniversary, but I was in Portugal on the day itself.) Somewhere in the internets there is video of me giving evidence to the House of Commons Foreign Affairs Committee in London on 26 October, but you'll have to settle for the minutes, here and here. Misha Glenny and I emerged from Westminster to see the sad news that John Peel had died. Here I am speaking at Brigham Young University on 13 October. I had more hair then.The saddest news of the month was the loss of my former assistant from Bosnia days, Danijela. I was able to visit her resting place last year.

My October 2004 reading (lots of daytime flying meant I got through more books than was usual at that time of my life):

Non-fiction 8 (YTD 40)
Scholars and Rebels in nineteenth-century Ireland, by Terry Eagleton
The Measure of All Things, by Ken Alder
Roger Zelazny and Andre Norton: proponents of individualism, by Carl B. Yoke
Making Sense of the Troubles, by David McKittrick and David McVea
America Right or Wrong: an anatomy of American nationalism, by Anatol Lieven
A Treasury of Great American Scandals, by Michael Farquhar
Fermat's Last Theorem, by Simon Singh
Walking the Bible, by Bruce Feiler
Non-genre 1 (YTD 12)
Around the World in Eighty Days, by Jules Verne
SF 11 (YTD 68)
Veniss Underground, by Jeff VanderMeer
Destiny's Shield, by Eric Flint and David Drake
The Well of Lost Plots, by Jasper Fforde
Primary Inversion, by Catherine Asaro
Strontium Dog: Bad Timing, by Rebecca Levene
The Thackery T Lambshead Pocket Guide to Eccentric & Discredited Diseases, ed. Jeff VanderMeer
The Locus Awards: thirty years of the best in science fiction and fantasy, ed. Charles N. Brown
The Forever Machine/They'd Rather Be Right, by Mark Clifton and Frank Riley
The Pilgrim's Progress From this World to that which is to come, by John Bunyan
Wondrous Beginnings, ed. Steven H. Silver
The Golden Age, by John C. Wright
Comics 2 (YTD 6)
Strangers in Paradise, by Terry Moore
In The Shadow Of No Towers, by Art Spiegelman

Best book of the month: the Locus Awards anthology pulls together a lot of superlative short stories, some of which I already knew but almost all of which I really liked. You can get it here. Also Making Sense of the Troubles is dated but thorough; you can get it here. However, you can skip Destiny's Shield, third in an alternative timeline series about Belisarius fighting an alien invasion; the hero never loses a battle or an argument and it gets boring fast. If you want, you can get it here. 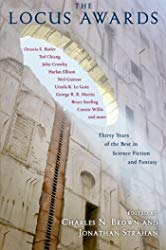 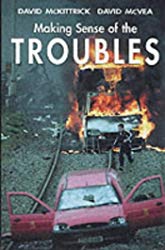 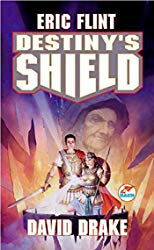