She realised she was fiddling with her neck. 'Calm down, Mitchell,' she said.

'Good to see I'm not the only one chuffing away like a chimney,' said Denise, smiling. 'I approve.'

It's actually seven years since I read the first of the three Being Human novels, all by stalwarts of the Doctor Who writing scene, but it was nice to return to them.

Chasers picks up the storyline from the previous book about George (the werewolf) being asked by lesbian friends to father their baby. There is also a creepy chap who befriends Mitchell (the vampire) for ulterior motives. It's decently done but not spectacular. You can get it here.

I had higher hopes of Bad Blood, as James Goss is one of my favourite writers, and it did not disappoint. Annie (the ghost) is visited by an old friend who doesn't know that she is dead, and the three housemates are sucked into a bizarrely sinister bingo night. Tightly written and very vivid, as I have come to expect from Goss. You can get it here.

Bad Blood was the sf book that had lingered longest unread on my shelves, and Chasers was my top unread book acquired in 2012. Next on those piles respectively are Demon in Leuven, by Guido Eekhaut, and A Popular History of Ireland, by Thomas D'Arcy McGee. 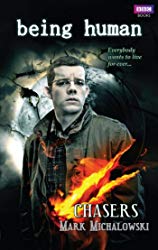 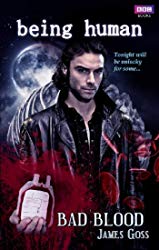