1 May 2004 was the day of the EU's big bang enlargement, with ten new countries joining to take the total membership from 15 to 25. There was a big celebration in the Cinquantenaire and we all went into Brussels for it (including visitors).

A few days later, I travelled to Zagreb for a meeting with Norwegian diplomats, and then later in the month did a grand Caucasus tour of Armenia, Georgia and Azerbaijan, meeting all three presidents and both prime ministers (Georgia did not have a PM at the time), and changing planes in Prague on the way there and back, thus adding three countries to my lifetime list and bringin my total to (I had been to Georgia before). Here President Aliyev tells us what he thought of our new report. (I'm at the far end of the table, on the left.)

We also did an op-ed on the Nagorno-Karabakh conflict.

Non-genre fiction 1 (YTD 4)
The Curious Incident of the Dog in the Night-time, by Mark Haddon

(Links above are to my reviews; below, to Amazon.)

Top book of the month for me is Sacrifice of Fools by Ian McDonald, the best SF book ever set in Belfast. You can get it here. I noted at the time that I very much enjoyed Singularity Sky, by Charles Stross, which you can get here, but I can remember much less about it. I'm afraid I bounced off Light, by M.John Harrison, which a lot of people love; but the worst book of the month is Robert Sawyer's execrable Humans. You can get them here and here. 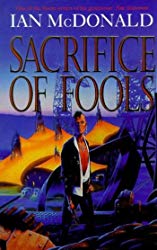 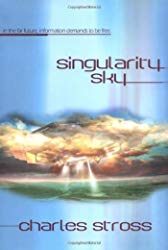 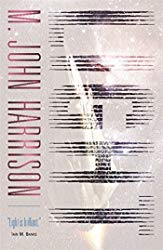 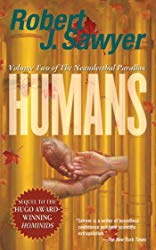