As well as going through the films that have won the Oscar for Best Picture, I'm planning to also watch the Hugo-winning films for years where there was one to compare and contrast. After a gap of a few years since The Incredible Shrinking Man in 1958 (No Award won in 1959 and 1964, and the TV series The Twilight Zone in the three intervening years) that brings me to the 1965 Hugo, for a 1964 film, specifically Dr. Strangelove or: How I Learned to Stop Worrying and Love the Bomb. (The 1966 Worldcon did not award a Hugo in this category, and the next two years' Hugos went to Star Trek episodes, so the next in this sequence will be 2001: A Space Odyssey which won the 1969 Hugo for a 1968 film.) 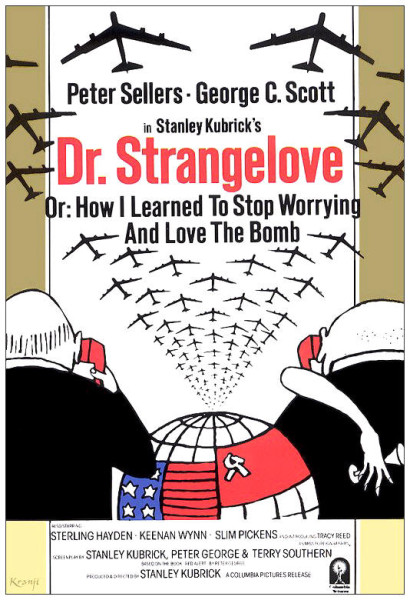 This is a year when the Hugo voters rather than the Oscar voters have been vindicated by history; Dr. Strangelove is rated top film of 1964 on one of the IMDB rankings, and third on the other, behind Mary Poppins and (oddly) The Gorgon, with the actual Oscar winner, My Fair Lady, well behind. Mary Poppins is of course also genre, as is arguably A Hard Day's Night, but I can see why Hugo voters chose as they did; the only other recorded nominee is 7 Faces of Dr. Lao. Here's a trailer.

A few familiar faces here. The Russian ambassador, de Sadesky, is played by Peter Bull, who is fresh from playing Thwackum in Tom Jones. 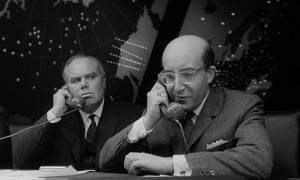 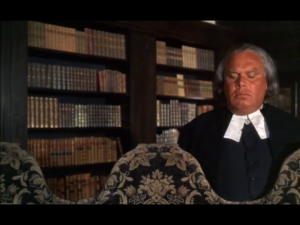 Shane Rimmer, better known of course as the voice of Scott Tracy on Thunderbirds, is Captain 'Ace' Owens here. But he was also Seth Harper in the Doctor Who story The Gunfighters in 1966. 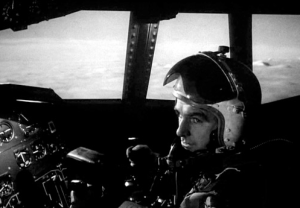 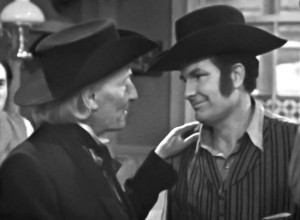 And Glenn Beck (not that Glenn Beck) is the navigator Lieutenant Kivel here, and appeared in another 1966 Doctor Who story, The Tenth Planet, as a TV announcer. 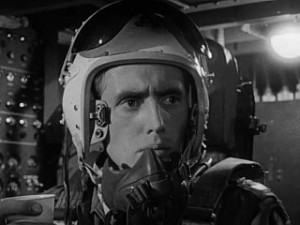 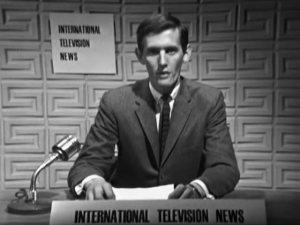 The plane is being flown by Scott Tracy and Darth Vader, Lieutenant Luther Zogg being an early film appearance by James Earl Jones, in restrospect the biggest star to appear in the film (I think unarguably a bigger star than Peter Sellers, taking his entire career into account). 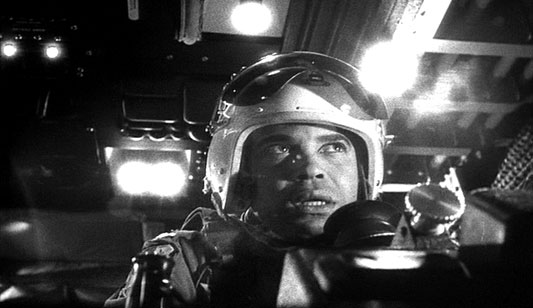 But of course the performer that everyone remembers from Dr. Strangelove is Peter Sellers. I watched the film with F, who did not spot until I pointed out to him that the title character, the British officer and the US President were all payed by the same actor. (Stanley Kubrick is said to have complained that he got three performances out of Sellers for the price of six.) 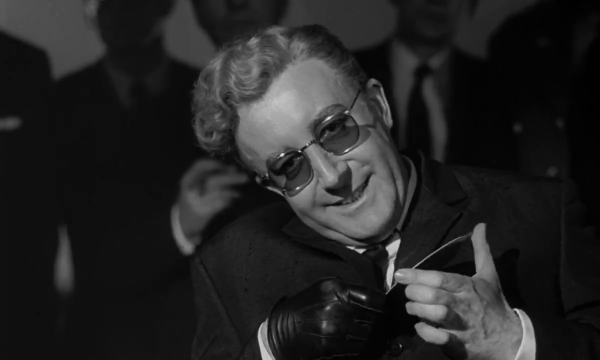 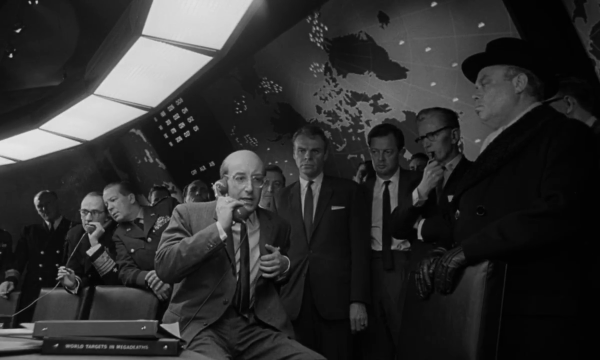 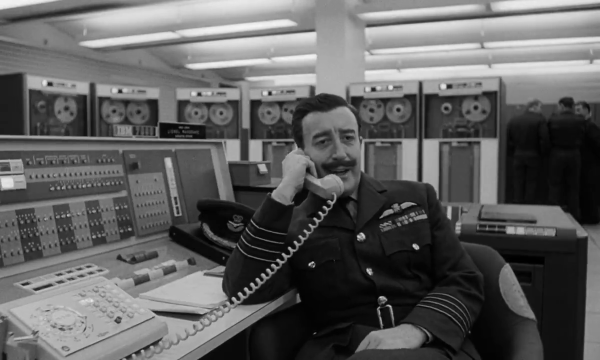 I would have said it should lose marks for having only one woman in the entire film (Tracy Reed as Miss Scott/Miss Foreign Affairs), but I suspect that's part of the point Kubrick is making. 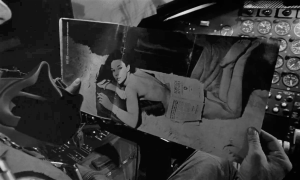 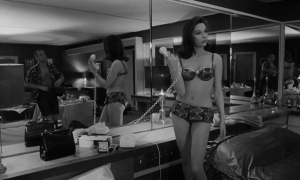 I had seen it before, but I must say I really enjoyed the return visit (and sharing it with F). The black humour is spot on. It's probably a bit unfair to Wernher von Braun, who is the obvious target of Dr. Strangelove, and possibly a bit unfair in its characterising of the American military ethos and culture, but the wider point of the horrific danger of nuclear war is well made, even though the precise mechanism of global destruction is fictitious. It's not very far in time or concept from here to the famous "Daisy" advertisement which helped LBJ consolidate his victory over Barry Goldwater in 1964. It's only 60 seconds long - watch it, if you haven't seen it.
I found both the book the film was based on, and the novelisation of the film, quick reads. Second paragraph of Red Alert, as by Peter Bryant:

Clint Brown held the plane in a steady port orbit. As soon as Mellows had passed the word to hold at X point he had taken over manual control of Alabama Angel. There was no particular need for him to have done it. The autopilot could hold height, speed, and rate of turn, just as well as he could. Better in fact, he thought wryly, as he noticed he had lost a hundred or so feet since he took over. He made the small correction required, and wondered just why he had taken over. He thought it was almost certainly because, if the word came, he have the bomber under his control as well as his command. It occurred to him he had never felt that way before when the order had come to hold. He concentrated grimly on his instruments, waiting like the rest of the crew. But with a chill presentiment that he already knew what the message would be.

Second paragraph of Dr Strangelove: or How I Learned to Stop Worrying and Love the Bomb, as by Peter George (same writer as Peter Bryant):

Lieutenant Goldberg’s attention was suddenly and unpleasantly disturbed by a clicking from the CRM-114. He watched with vague interest while letters and numerals clicked into place on the dials, reached for his code book, and began decoding. When he had finished, he frowned in puzzlement, tapped the defence-systems officer, Lieutenant Dietrich, lightly on the shoulder to draw his attention, and showed him the message pad.

Neither of the books is very funny. With Red Alert that is entirely intentional; it is written as an Awful Warning, and even so a couple of the better lines survived to the film in improved form.
By contrast, the book-of-the-film leaves out a lot of the good lines and really brings home just how much the film owes to Kubrick's directorial genius. You can get Red Alert here, and the book-of-the-film here (thanks to Candy Jar Books).
Collapse