The big work news of February 2004 was the tragic death in a plane crash of Boris Trajkovski, the genial President of Macedonia who was very friendly with me and many others. This was the day after we published a report on pan-Albanianism (concluding that there was not much there there). I also went to London to shadow my boss at a Chatham House meeting where the other speaker was the late great Albert Rohan.

Non-genre fiction 3 (YTD 3)
The Woman Who Gave Birth To Rabbits, by Emma Donoghue (collection, including one story which has fantasy elements)
Memories of the Irish Israeli War, by Phil O'Brien
Molvania: A Land Untouched by Modern Dentistry, by Santo Cilauro, Tom Gleisner and Rob Sitch

SF 6 (YTD 11)
Pattern Recognition, by William Gibson
Ilium, by Dan Simmons
Worlds That Weren't, by Harry Turtledove, S.M. Stirling, Mary Gentle, and Walter Jon Williams
The House on the Borderland and Other Stories, by William Hope Hodgson (could not finish The Night Land)
The Meeting of the Waters, by Caiseal Mór
Paths to Otherwhere, by James Patrick Hogan 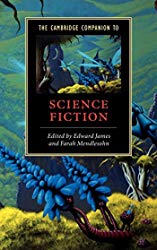 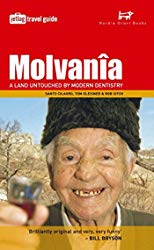