Second frame of third story (the title story, "The Highgate Horror", by Mark Wright with art by David A. Roach - NB the character here is not Bill as portrayed by Pearl Mackie, though there are obvious similarities): 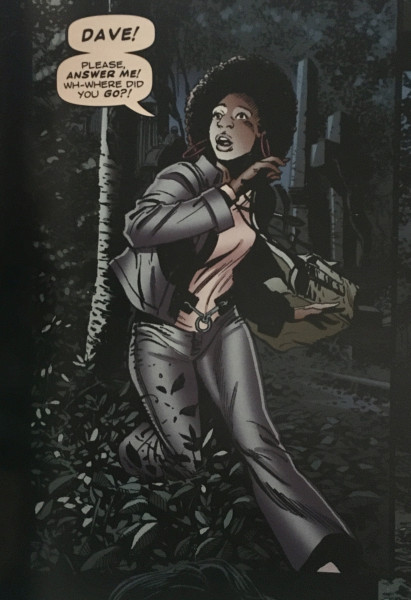 The comics from Doctor Who Monthly covering more or less the second Capaldi season, with Clara as the companion in all but the last ("The Stockbridge Showdown", by Scott Gray and a host of artists, which takes the Twelfth Doctor back to Stockbridge for a huge amount of comics continuity which I found gratifying despite not seeing myself as deeply into the comics side of Who fandom).

The best of these is the second last, "The Witch Hunt", story by Jacqueline Rayner and art by David A. Roach, Martin Geraghty and Paul Offredi, which starts off at the Coal Hill School Halloween party, and turns into a time-travelling battle in the 17th century with a malevolent jester figure. Rayner scores again, and did a better job of it than when the Thirteenth Doctor had a similar adventure last year.

You can get it here.
Collapse