The most crucial event of January 2004 was that little U took her first steps, at 13 months. 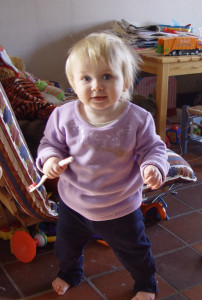 My first work outing of the year was to the Liberals' New Year reception in Brussels, after which I note that I had an awful lot of whisky with Graham Watson (then an MEP, now a work colleague, who by curious coincidence I was out drinking with last night as well). I was on a panel with the Bosnian and Croatian foreign ministers as well. (Fraser Cameron sitting between them. The Croatian minister was newly appointed after the election.) This was shortly after returning from a conference on Moldova in Munich.

We also did a report for the new Independent Monitoring Commission in Northern Ireland, comparing its mission with Balkan equivalents. This was also the month that I started to seriously strategise about getting a job with the new European Commission due to take office at the end of the year. (Spoiler: I didn't get a job there in the end.)

Non-fiction 3
Home Rule: An Irish History 1800-2000, by Alvin Jackson
Samuel Pepys: The Unequalled Self, by Claire Tomalin
The Procrastinator's Handbook: Mastering the Art of Doing It Now. by Rita Emmett

SF 5
1610: A Sundial in a Grave, by Mary Gentle
Looking Backward: from 2000 to 1887, by Edward Bellamy
The Lord of the Rings, by J.R.R. Tolkien
From the Dust Returned, by Ray Bradbury
The Best of Lester Del Rey

Comics 1
Death: The High Cost of Living, by Neil Gaiman.

Links above are to my reviews; links below are to Amazon.

The Lord of the Rings is of course one of my favourite books ever, but that was a re-read (you can get it here if you still need to). My best new book this month was Claire Tomalin's Samuel Pepys, which is superb and made me a real Pepys fanboy. You can get it here. 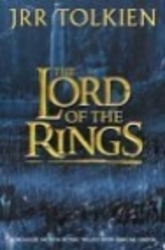 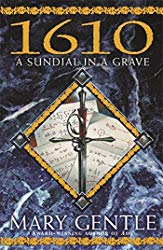