"Please calm down and have a seat, Uncle," Auntie Surpun, the youngest of the Tchakhmakhchian sisters, muttered without directly looking at him. Being the only one in the family who had unreservedly supported Barsam's marriage to Rose, she now felt culpable. Such self-reproach was not something she was used to. A professor of humanities at the University of California at Berkeley, Surpun Tchakhmakhchian was a self-confident feminist scholar who believed that every problem in this world was negotiable by calm dialogue and reason. There were times this particular conviction had made her feel alone in a family as temperamental as hers.

A great book about Istanbul, seen through the eyes of two young women, Asya, who has been brought up in the city by her mother and her three sisters, and Armanoush, an Armenian-American whose Turkish stepfather is Asya's uncle, and who decides to come and experience Istanbul for herself to see where her ancestors lived before the genocide. It turns out, of course, that the two families are much more closely linked than either of the girls realises. I'm afraid I spotted the twist at the end several chapters off, and I felt the resolution was a little too pat, but I very much enjoyed the humour and empathy of the journey to get there; the characters are all deliciously well drawn, and the atmosphere of the different quarters of Istanbul seemed convincing to me, though I do not know the city as well as I would like. You can get it here.

The books dates from a few years ago, before Turkey had started to slide down the authoritarian road it has now taken. As it happens, Elif Shafak has writen today about the danger of this being repeated in the UK.

I was last in Istanbul in February 2018, and got this nice picture of Galata across the Golden Horn: 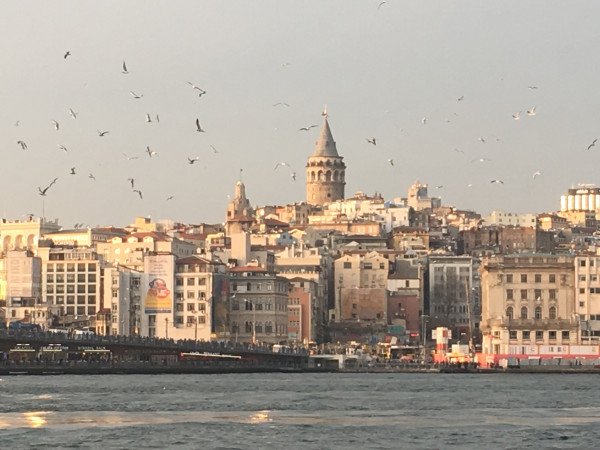 Also a less impressive selfie with the Hagia Sofia in the background: 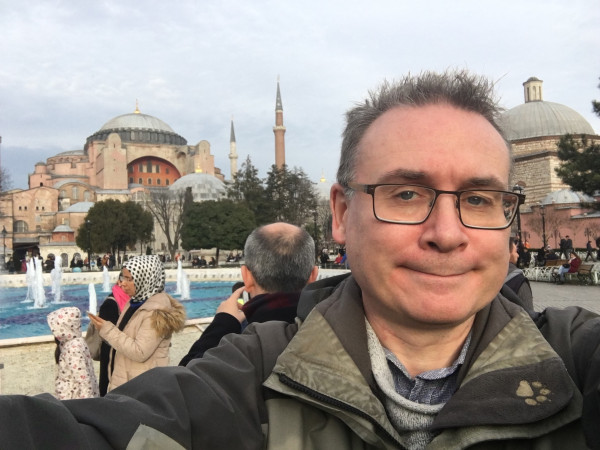 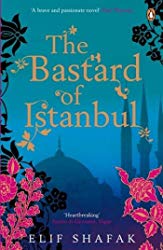