I got this because I had greatly enjoyed the six-volume series about Eleanor of Aquitaine (1+2, 3+4, 5+6) also published as part of Delcourt's Reines de Sang (Queens of Blood) range, looking at historical women rulers with reputations for ruthlessness, and I also wanted to educate myself about the Frankish kingdoms in this part of the world between the fall of the Roman Empire and the foundation of the Holy Roman Empire. This is the story of Fredegund, subtitled "the Bloody", set between 560, when her royal lover Chilperic of Neustria marries the Visigothic princess Galswintha, and 584, when she finally kills him off, having killed off numerous others in the meantime (including Galswintha). I thought the characterisation was impressive: more often than I would like, I have problems telling characters apart in graphic novels, but Virginie Greiner's script and especially Alessia de Vincenzi's art was very good at giving the women characters in particular their own voice in the sixth-century urban and rural landscape. (A shout out to Brunhilda, who gets some good lines and action.)

Fredegund has a very bad press historically, mainly because the only primary source about her is Gregory of Tours, who makes no bones about his personal grudge against her. It would have been interesting to get a feminist reinterpretation of the historical record from Fredegund's point of view. That's not what we have here; Greiner's Fredegund is motivated purely by personal lust for power, and in due course for the succession of her children. The first volume is well-paced, dealing with the Chilperic / Fredegund / Galswintha triangle, but the end of the second book in particular feels rather rushed - Fredegund lived another 15 years, and Brunhilda another 29 until her gruesome execution in 613; but we end in 584, with Chilperic being murdered off-stage - why has he not spotted that people who annoy Fredegund keep winding up dead? It seems a bit of a wasted opportunity. 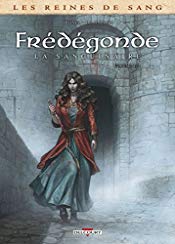 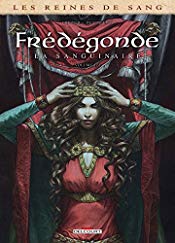