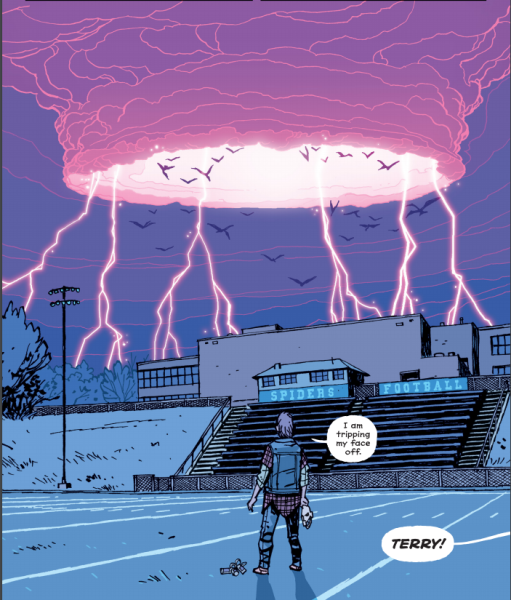 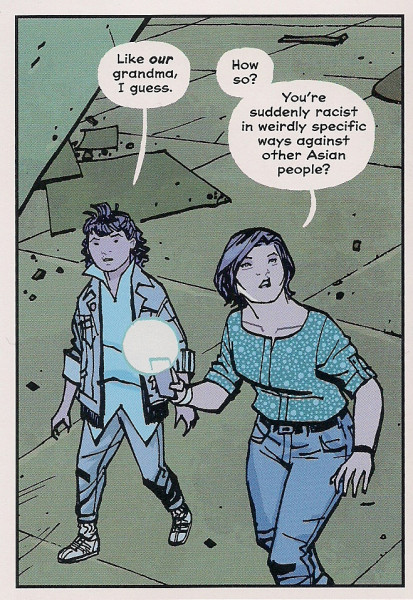 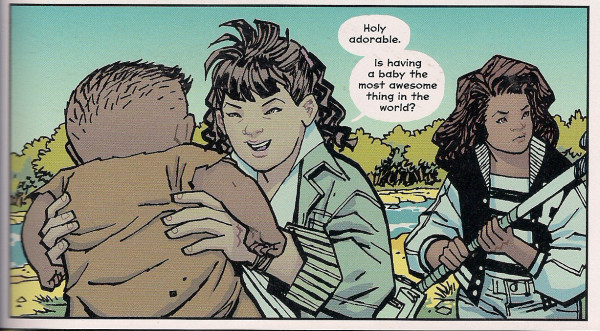 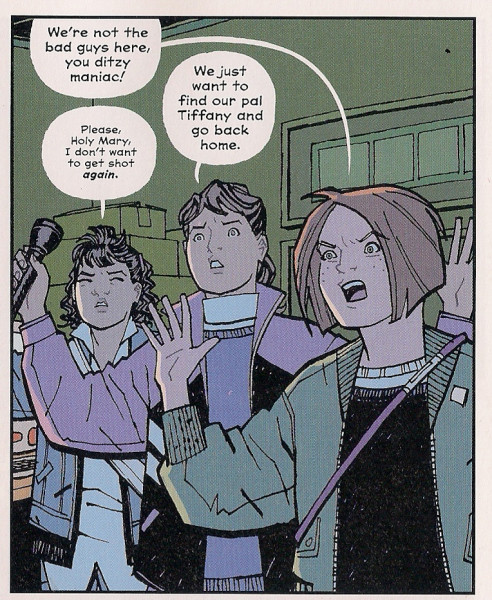 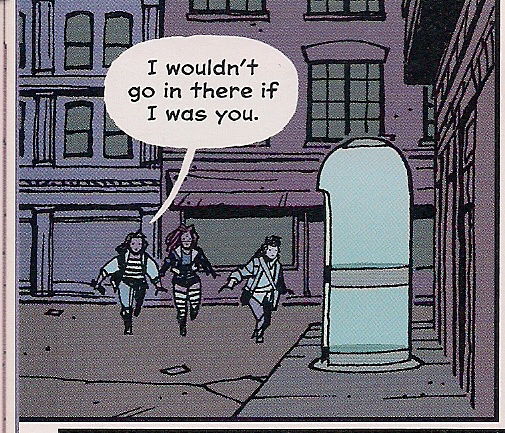 I bought the first volume of this series in Portland in 2016, just on impulse, and it proved a wise investment. Volumes 1, 3 and 4 were all Hugo finalists, and the sixth and final volume came out last month, so I read them all in one sitting.

The art is great throughout. There is a particularly strong part in Volume 6 where the four girls are scattered into different timelines and we follow each of them on her own line across the pages, like a musical score. 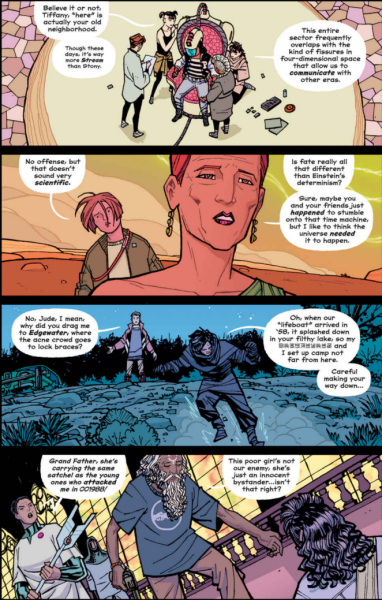 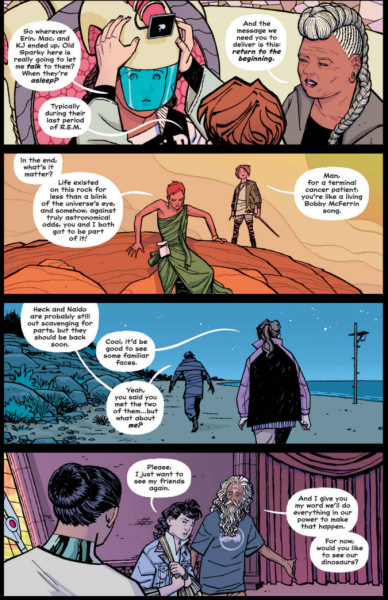 (Click on each page to embiggen)
One is never in any danger of getting confused between the main characters, and when people turn up at different ages, they remain recognisable.

This was my top unread comic (well, vols 2 and 5 were). Next on that pile is the Fourth Doctor collection, Dragon's Claw. 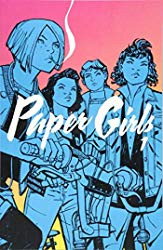 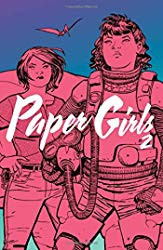 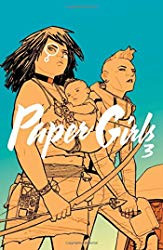 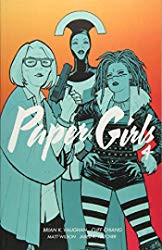 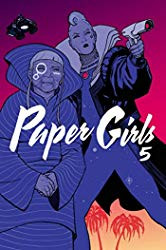 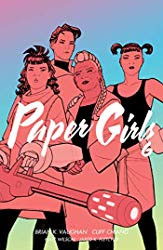