This is a collection of three short manga-style graphic stories, by three Dutch artists/writers.

Second frame of third page of "Distortia", by Renee Rienties: 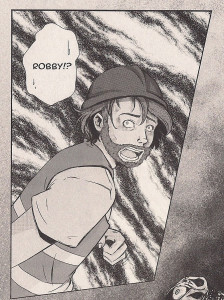 Rene Rienties kicks off with a story about a young psychic woman who is called in by the chap in the beard here to investigate what has happened to his brother Robby. There's an animated version of the first part of the story here.

Second frame of third page of "Yokai, Last of the Guardians", by Coco Ouwerkerk: 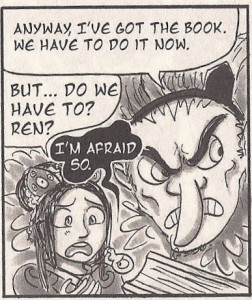 This one is about little Kayo, who enjoys her grandmother's stories about Yokai (monsters) until they start to turn out to be real.

First three frames of third page of "Deadly Deals", by Kimberley Legito Geelen (to be read right to left, of course) 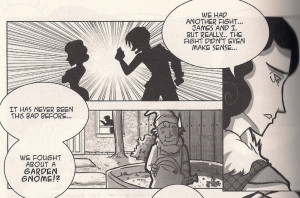 This is a really short story about a vampire woman stealing souls.

The three stories are nice and vivid, but really very short; we've barely got started and then it's over. The art is nicely done, and I'd look out for more from any of the three. You can get it here. Apparently a second volume with the same authors is planned.

This was (incorrectly) in my pile of non-English language comics (as you can see, it's very definitely in English). Next in that pile is the two volume Frédégonde, la sanguinaire by Virginie Greiner and Alessia de Vincenzi. 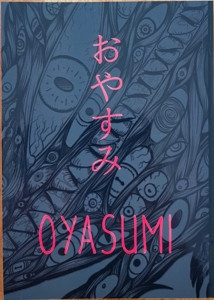