So, I had an article in the Irish Times yesterday: 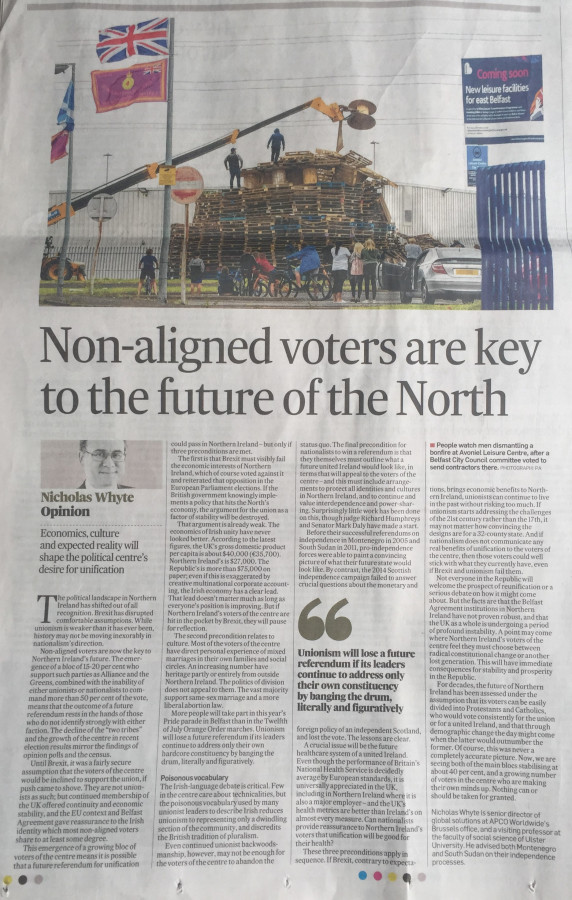 It was a topic that had been on my mind for a while - the massive expansion in the non-aligned vote, and what that means for the calculations of both sides on a potential future united Ireland. I'm glad to say I've had a lot of positive commentary on the piece, and the few negative remarks were generally directed at things that were not in the article.

And I woke this morning to the tragic news that Noel Whelan, who I wrote a book with back in 2003, has died after a short illness. Writing The Tallyman’s Guide to the Northern Ireland Assembly Elections 2003 was a fun, creative, co-authorship process, made a little more difficult by the fact that we both had the habit of indicating which bits we wrote/were writing using our initials - and we had the same initials, NW. We had not been in touch much in recent years, but I continued to enjoy reading his analysis. Our collaboration was a cheerful episode which I must now look back on with some sadness. Here are pictures from the Belfast launch (with John Alderdice) and the Dublin launch (with Brian Cowen, who I understand is also in poor health): 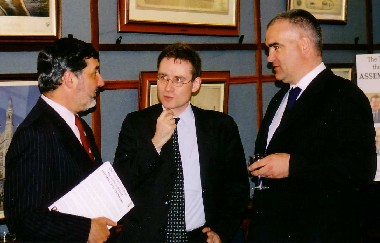 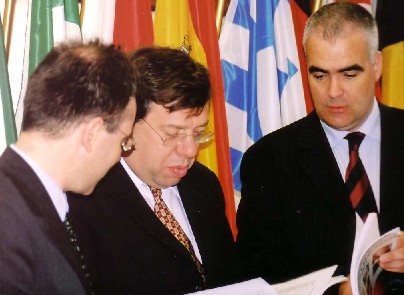 This put me in apocalyptic mood at lunchtime, when I attended the Brussels presentation of the interim report of the "Alternative Arrangements Commission", a group of British Conservatives who are trying to find a way to wriggle out of the UK's commitment to the backstop. Their ideas are not completely awful, but do require the Irish government to collude in imposing Brexit on the island; a heavy lift, given that the Republic was not asked about Brexit and Northern Ireland voted against - and that's before we start looking at the contemptuous attitude shown by the British government to both parts of Ireland in the last few years. I'm afraid my rage blunted the force of my question to the group, but you can see it here at 38:25 in:

Anyway, better to get it out of my system.
Collapse