Here's a nice little research project which I was able to pull together fairly quickly, a Communist plotting if you will:

This map shows the six places where Karl Marx and his family lived in Brussels, 1845-48, plus his favourite cafe, plus the venue of the 1868 Third Congress of the First International. 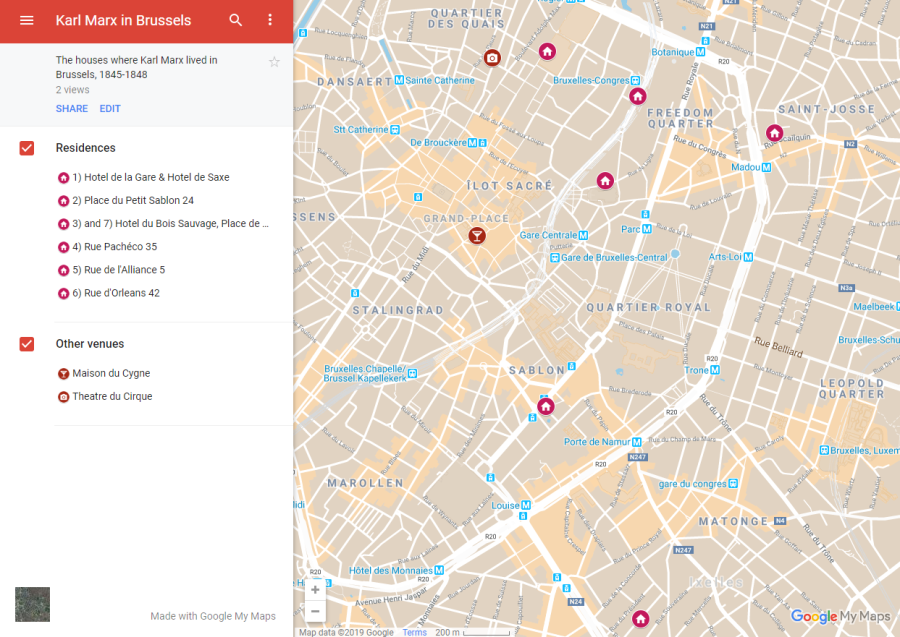 All of those buildings have long since been demolished. So has the Theatre du Cirque, at top left, where the International Workingmen's Association held their Third Congress in 1868.

But the Maison du Cygne in the Grand' Place, where Marx and Engels wrote the Communist Manifesto, is still there in all its glory, and if you check inside you will find Marx's portrait and a small plaque indicating where the two men (possibly) sat.
Collapse