We went to Luxembourg last weekend, to visit my cousin J and her family (husband D, children . We took the opportunity to explore the rather charming capital, where my attention was caught by a couple of instances of public art. This fascinating sculpture, with somewhat feminine curves, sits just to the south of the Notre Dame Cathedral.
https://vc.videos.livejournal.com/index/player?player=new&record_id=1267602
There is no plaque explaining what it is called or why it is there. I appealed to social media for help in identifying it, and it did not take

nmg very long to Establish both artist and title: it is “La Grande Isis”, by Maggy Stein (1931-1999), commissioned by the government of Luxembourg as a monumental sculpture in 1978. (Luxembourgish Wikipedia gives her age of birth as 1934, but this seems unlikely from the other information given, and this article says 1931.) I find it a fascinating piece. This exhibition brochure says more, in French and German:

As a woman, a mother, a divorcee, an artist and a sculptor, she faced constant resistance. She was largely denied the prizes and public commissions which her work deserved. Probably her most important public work is the sculpture near the cathedral in the center of the city of Luxembourg: it is the only one of its kind.

At a completely different level, down in the valley of the river Alzette as it flows past the walls of the old city, we found wire and paper sculptures of insects and various other creatures. It looks like a temporary display, but we have no idea why. Quite close to J and D’s house, a 1930s shrine to St Martin gives the saint a nice view over the valley: In fact he is guarding a mysterious old inscribed stone, the “Hellegesteen”, which marks the spot where he apparently had a vision while travelling to (or maybe from) Trier. 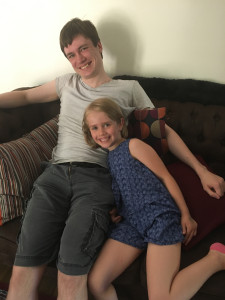 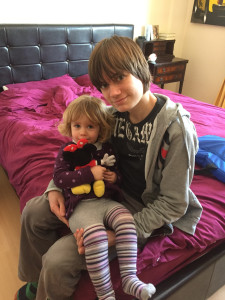 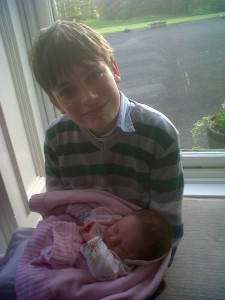 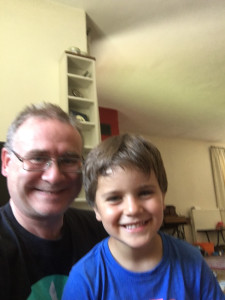 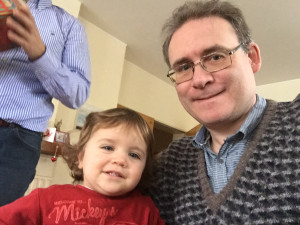 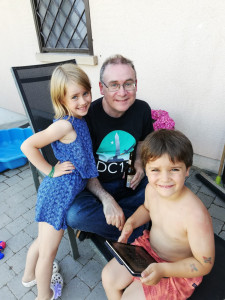 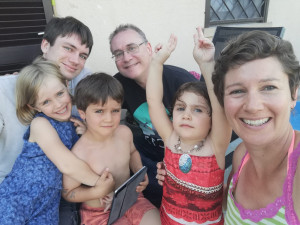 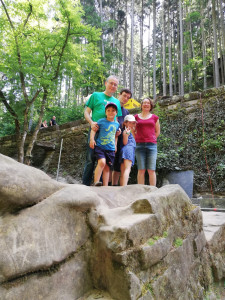