Anne and I were in Rome last weekend, and saw a lot of lovely things. Some of them were astronomical, and rather caught my eye as a lapsed historian of science.

The first was in the Galleria Spada, which we got a tour of on out first evening. It's an art museum most of whose collection was acquired by Cardinal Spada himself back in the 17th century. What caught my eye here was a gorgeous painting called "The Astronomers", by the sixteenth-century artist Niccolò Tornioli, dating from the 1640s. Because of the way oil paintings and photography don;'t really mix, I'm going to give you two different images of it, the first from Wikipedia user Never covered and the second from David Macchi. 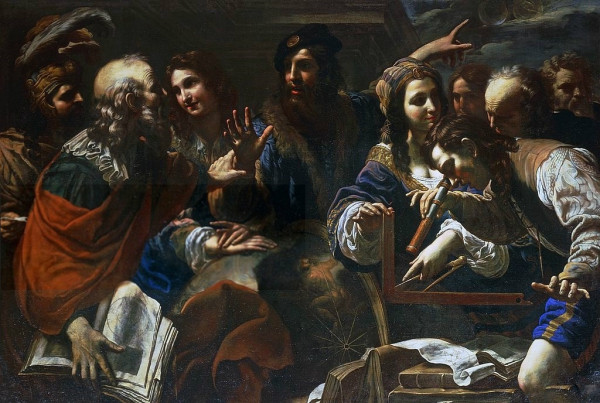 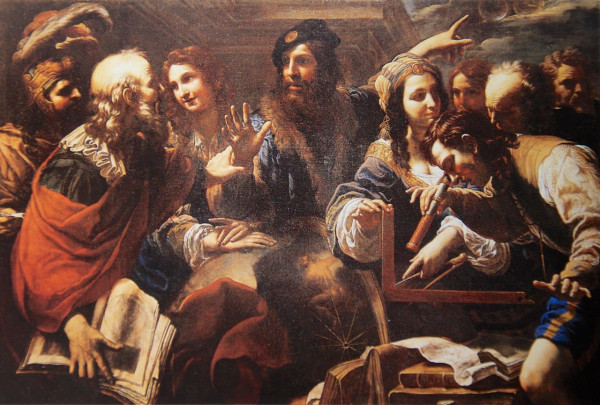 It's very interesting. The topic is generally interpreted as Ptolemy and Copernicus disputing the nature of the solar system. Ptolemy is the chap with the helmet on the left, Aristotle is next with beard and red cloak, and I don't know who the woman with her hand on the globe is. A youngish Copernicus himself is in the middle, giving Aristole the brush-off and pointing to the phases of the moon with his other hand, and the woman next to him with the headgear is allegedly the personification of Astronomy. I don't know who the chap with the telescope is, or the other two behind him, and the grumpy chap on the far right is supposed to be Galileo.

So it's interesting that as early as 1645 (only a few years after Galileo's death in 1642) it was acceptable for a senior cardinal to commission a painting in which advocates of the heliocentric system clearly win the argument.

The other thing that you can't avoid in the Palazzo Spada is the trompe l'œil by Borromini in which the false perspective makes a shrinking corridor look longer than it really is, as the attendant regularly demonstrates:
https://vc.videos.livejournal.com/index/player?player=new&record_id=1262739

On our last day, we went to the Vatican and had a great tour of the museums inclduing the Pinacotheca. It was pretty crowded, of course, but well worth the visit. What caught my eye here was a series of paintings called "Astronomical Observations", painted by Donato Creti in 1711. They show the planets as they were then known (and a comet in the last frame) with people on the ground observing them. Jupiter has a red spot and three visible moons. Most of the observers seem to be men, though the frame with the comet features a woman in the foreground and several ambiguous figures behind her. (Pictures from here; full Vatican description here.) 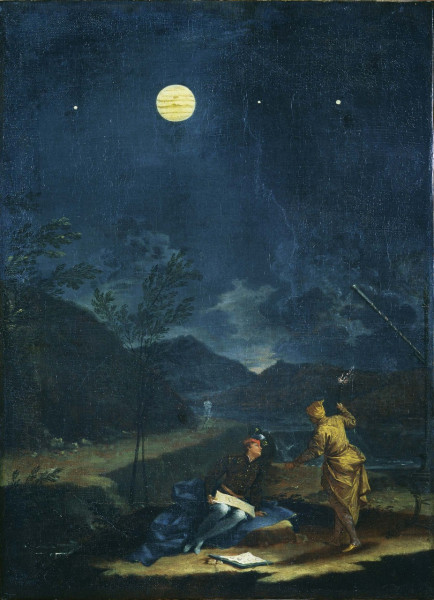 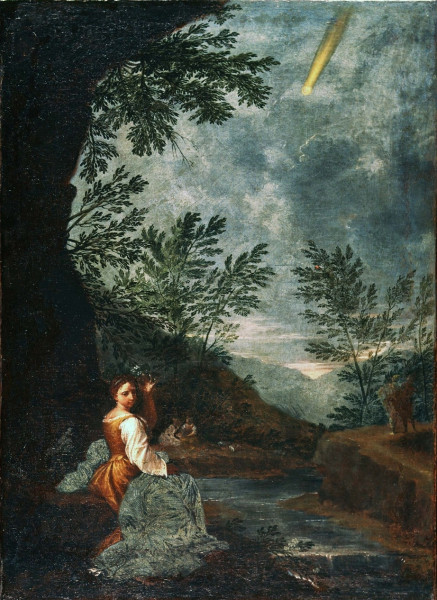 In the Vatican we also saw an armillary sphere showing the planets up to Uranus and I think also the first four asteroids, which were discovered in 1801-1807, which gives a reasonably precise date (the fifth asteroid was discovered in 1845, and Neptune in 1846). 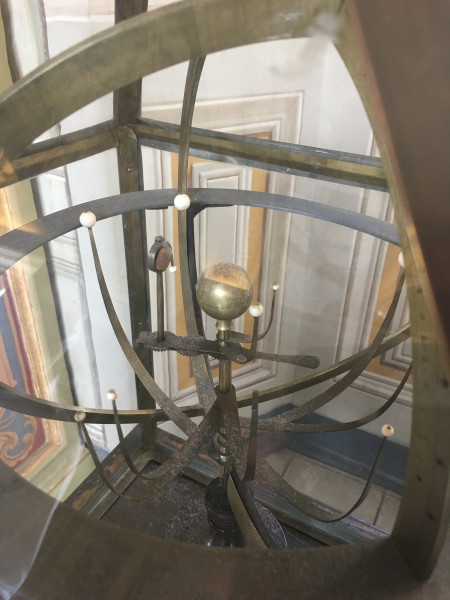 I was not quite sure what these are - possibly for making spherical calculations? 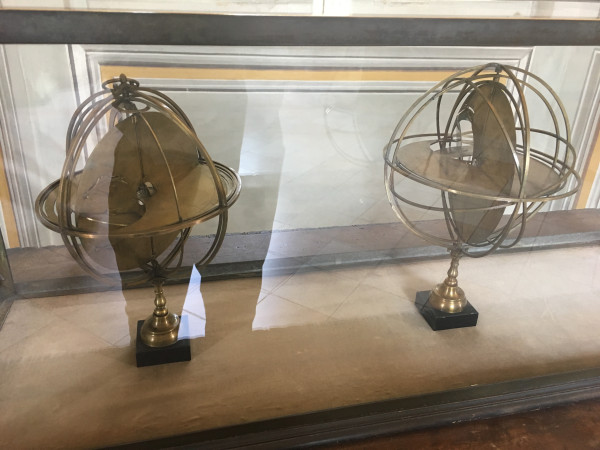 Many more pictures to come, but those were the ones that tickled my former academic discipline!
Collapse