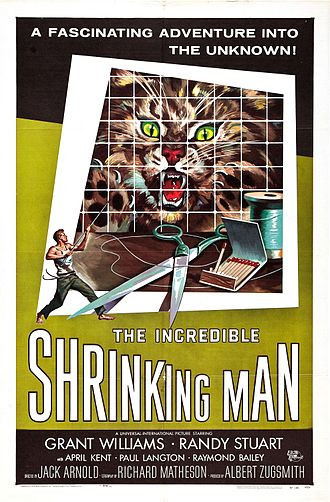 Retro Hugos have been awarded for earlier years, but this was the first film to win a Hugo - for Outstanding Movie (which ever since has been Best Dramatic Presentation). History doesn't seem to record which other films were in contention, but let's face it, today's voters would probably give a Retro Hugo for 1958 to The Seventh Seal. (Others in play: The Curse of Frankenstein, Night of the Demon.) I can't really judge as the only other 1957 film I have ever seen is Bridge on the River Kwai.

Our hero, played by Grant Williams, finds after exposure to chemicals and radioactivity, or something, that he is starting to grow smaller. This strains his relationship with his wife (his manhood is shrinking in more ways than one) and even a brief close friendship with a midget ends as he gets smaller again. He narrowly escapes an encounter with a cat, after which his family presume that he is dead. Most of the second half of the film has him in a battle of survival across his own cellar floor, threatened by a huge spider and other perils. At the end he simply merges with the subatomic world. 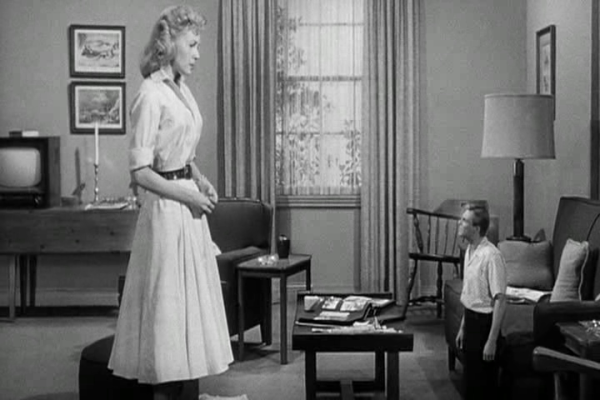 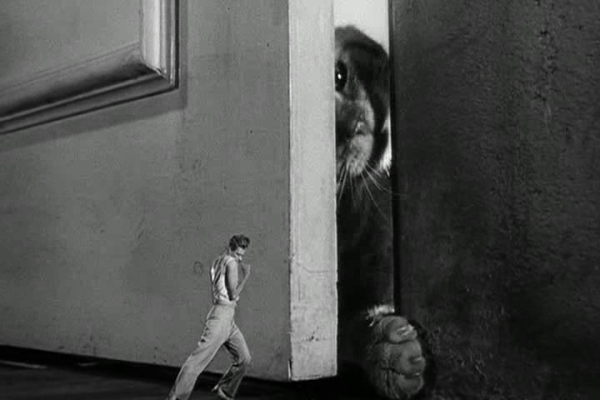 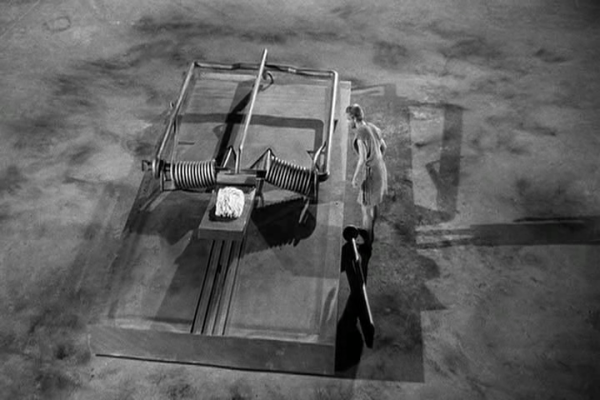 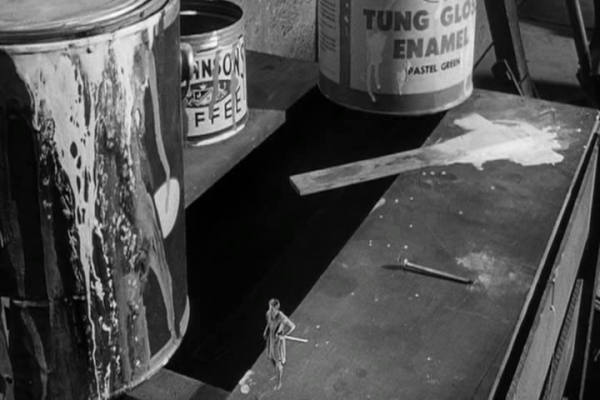 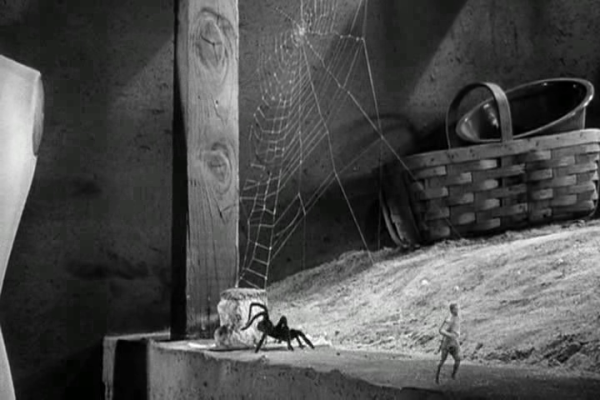 The effects are very well done, the model shots being particularly spectacular though the back-projection is also pretty good. The ending is bleak but perhaps in tune with the times. It's only 80 minutes which is mercifully short. You can get it here.