So, I did a thing last weekend that I've never done before: I went to the ballet. In Bratislava. Here's a short promotional video:

What happened was that I had planned to be in town anyway over the previous few days, to attend the annual GlobSec conference, and then learned from my good friend H that she was planning to come to town to see Giselle the evening the conference finished with her friend A. It seemed like a nice way to round off my own trip, and the tickets were a ludicrous €10. I was staying very close to the new Opera House, but in fact the show was on at the old Slovak National Theatre. 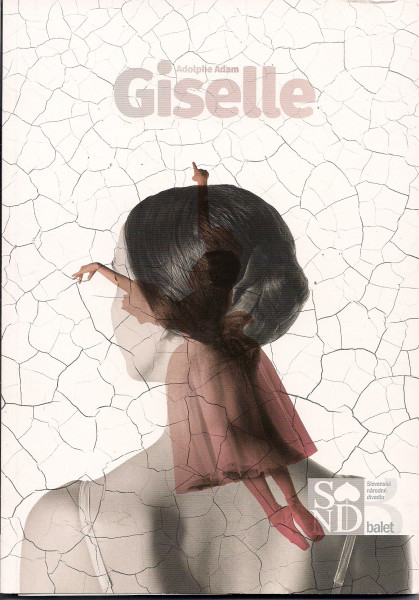 Giselle is the story of a young peasant woman who falls in love with the charming Albrecht, much to the frustration of Hilarion who loves her from afar. Albrecht, alas, is secretly the son of a nobleman (which slightly resonated with my memories of a recently departed friend) and Hilarion exposes him to Giselle, along with the fact that he is really betrothed to the socially appropriate Bathilde. Giselle dies of a broken heart and the first act ends.

In the second act, Giselle's spirit is raised from the grave by the spectral Wilis, the spirits of women who have died of broken hearts, and their queen Myrthe leads her to take revenge on first Hilarion and then Albrecht by forcing them to dance themselves to death. (A concept used by other creators too, in another franchise where the heroine comes back from the dead.) Giselle spares Albrecht and is allowed to take her eternal rest.

The music is by Adolphe Adam, of whom I had not otherwise heard (he also composed the Christmas carol Oh, Holy Night). The choreography we saw was based very closely on the original 1841 choreography by Jean Coralli and Jules Perrot, again their best known work. In Bratislava it was directed by Rafael Annikjan, an Armenian ballet specialist who was educated in Tbilisi. (Doctor Who fans will recall that Terry Nation was inspired by the Georgian State Ballet to invent aliens that moved across the ground with no visible feet or wheels, ie the Daleks.)

Several things struck me. The first is that of all the theatrical arts, ballet must be one of the most physically taxing. There is immense physical exertion in moving yourself and often a dancing partner around the stage. Both acts of Giselle are an hour long, with a half hour break in the middle; I am sure that the performers needed every minute of the break to gather their strength.

The second is that the Dance of the Wilis, mid-way through the second act, is truly impressive as a case for why you should take ballet seriously. Music and stage action need to match perfectly, and despite being a huge fan of Hamilton, I think that ballet marries the two rather better. (Of course, not having words means you don't have that distraction.)Note also that men are outnumbered by at least two to one on stage, and the subtitle of the ballet is the Wilis; it's created by men, but it's a story about women.

Thirdly, I learned something about Russian geography. The day we saw it, Giselle herself was performed by Olga Chelpanova and Albrecht by Konstantin Korotkov. They are both just past 30, and are both Honoured Performers of the Republic of Mari El. I had not heard of the Republic of Mari El before. Its capital is Yoshkar-Ola, which means "Red City" in the Mari language, and it is about 150 km northwest of Kazan, 750 km due east of Moscow. I felt that Chepanova was technically brilliant, but Korotkov put a bit more emotion into it. Hilarion was played by 25-year-old Andrej Szábo, which therefore made him the most senior Slovakian artiste on stage (though obviously he's an ethnic Hungarian); it was interesting to see the local chap playing a part which required him to be aggressive and hostile to the slightly older Russian leads. I'm sure they all get on famously behind the scenes.

(I did feel for Adrain Szelle, aged 24, who was given the male part of the pas de deux in Act 1 and missed two of his four tours en l'air.)

Giselle is normally performed traditionally but has scope for modern adaptation - in 1984 the Dance Theatre of Harlem moved it to 1840s Louisiana; Akram Khan's revisionist staging comes to Belgium this autumn. I might go and see it again.

And it was lovely to see it in good company. 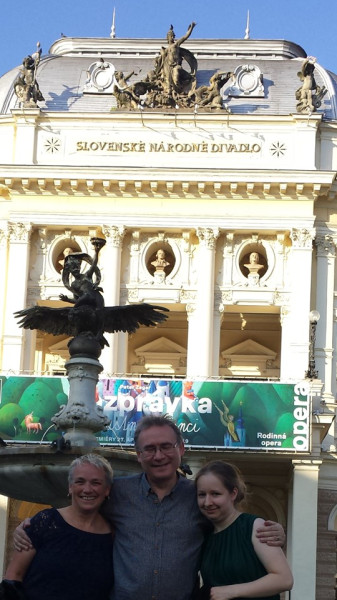 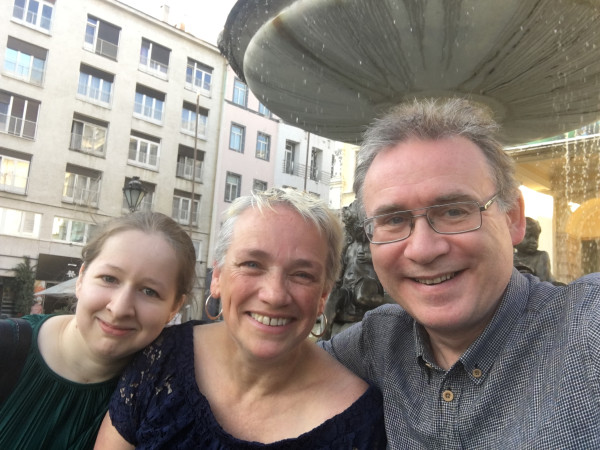