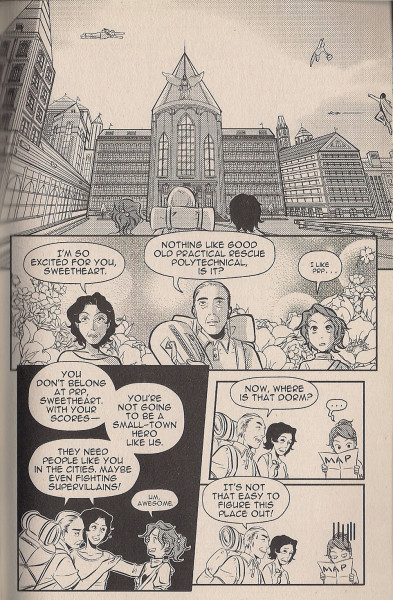 Naomi Novik shouldn't need much introduction; she's been on three of the last four Hugo ballots, and was previously a Hugo finalist in 2007, the year she won the John W. Campbell Award. Here she has teamed up with manga artist Yishan Li for a story set in an academy for budding superheroes, Liberty Vocational, where the young folk need to learn that with great powers comes great responsibility. Our heroine, Leah Taymore, has the ability to manipulate atoms - but is being conspired against by others in the school. It was quite a fun read, and it's interesting to see the manga style applied to a US college setting, but unfortunately was published in 2011 and there is no sign of a second volume to sew up the plot threads. You can get it here.

This was my top unread English-language comic. Next on that pile is the conclusion of Jason Lutes' Berlin trilogy, City of Light, but I think I will go back and re-read the first two. 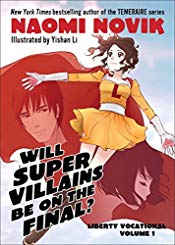