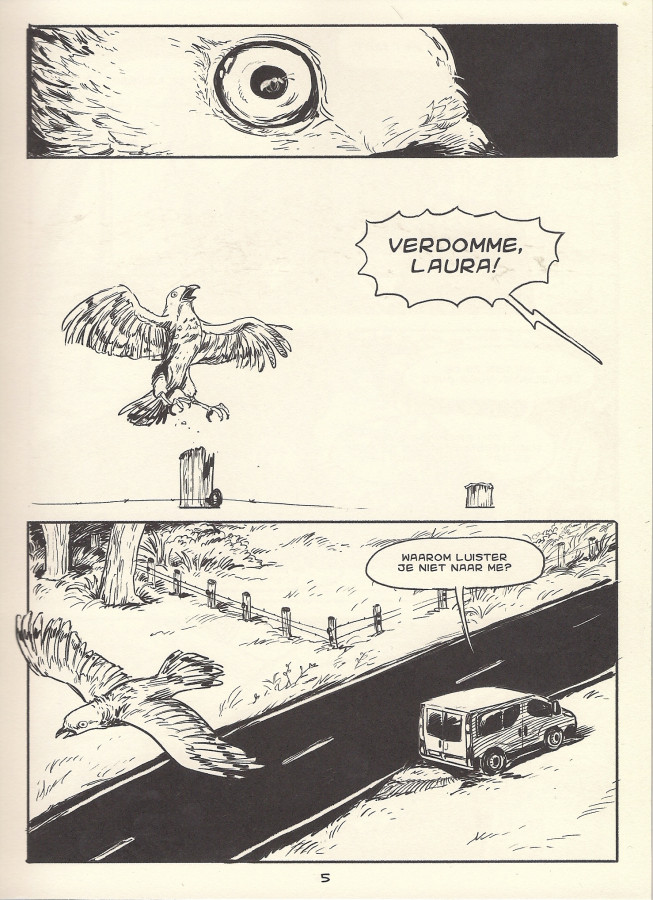 Second frame: "For God's sake, Laura!"
Third frame: "Why won't you listen to me?"
This won the Prix St-Michel for Best Dutch-language Album of 2015, and I hunted it down to broaden my knowledge. (Actually I've found it rather difficult to track down other winners, apart from Amoras vol 1 and De Maagd en de Neger.)

It's the story of Simon, a failing bookseller who witnesses a woman committing suicide on the train line in the Biesbosch near his storage cabin. The experience brings back his memories of the death of a childhood friend who had been bullied at school; he also gets entangled with a young student who is researching magical realism, while his wife Laura continues to press him to close the family store for good. The art is nicely done and well observed; the plot doesn't quite deliver, but it is an interesting journey. You can get the original here and the English translation here.

This was my top unread non-English language comic. Next on that list is De Amusement, by Brecht Evens.