Over the last fifteen months, I have been watching the winners of the Oscar for Best Picture from the beginning - I have now got through the first 26 of them, from Wings (1927) to From Here To Eternity (1953). I'm not especially a film buff, so I think I have been learning a lot.

I generally enjoy the films (and carefully note the exceptions. But one of the particularly negative things that has jumped out at me is how little non-white representation there is in the most successful Holywood films of 70-90 years ago. The first scene in an Oscar-winning film with a non-white actor is 10 minutes into Cimarron, the fourth film of the sequence, with Eugene Jackson playing the boy servant Isaiah. 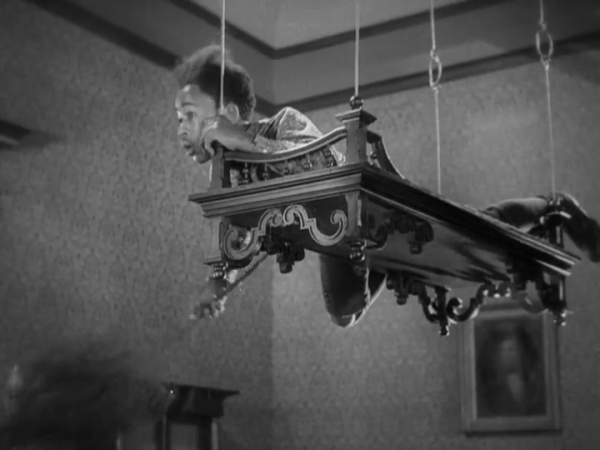 As I said, I have now reached 1953; the last black speaking character was Sam, played by Dooley Wilson, in Casablanca ten years before. Gone with the Wind, which is openly racist, won the award in 1939. (Though the film is less racist than the book, and Hattie McDaniel, who was excluded from the film's opening in Atlanta, won an Oscar for Best Supporting Actress.) Cimarron, another racist film, had previously won in 1931. The best we get are the comic parts played by Lilian Yarbo and Eddie Anderson in You Can't Take It With You (1938), and the excitingly primitive Tahitians of Mutiny on the Bounty (1936), and really that's not very good.

But I've also been reading the source texts for those films which were based on other works, usually novels, occasionally poetry or plays. And it is striking just how far Hollywood went to erase black Americans (and also Africans in Europe) in the transition from page to screen. Here's my list.

All Quiet on the Western Front (1929-30) - there are black French soldiers in the book, but not on screen.
Cimarron (1931) - both book and film are pretty racist, but at least the one significant black character, the young Isaiah, gets some agency in the book, whereas he is comic relief in the film.
Grand Hotel (1932) - the book features a black barman in the Berlin hotel where it is set; there are no black faces in the film.
Casablanca (1943) - has surprisingly few visible Africans in it for a film set in Africa, but the same was true of the play (and the film treats Dooley Wilson's Sam with much more dignity than the play gives the character on which he is based).
The Best Years of Our Lives (1946) - no speaking black roles in the film, though the epic poem it is based on has a "mulatto bartender" called Nat.
All the King's Men (1949) - by far the worst case of racial erasure. The book is very clearly set in Louisiana, and the racial politics are inseparable from the main plot; there is a moving chapter reflecting on the experience of the Civil War. The film has precisely one black actor visible, a waiter on a train.
From Here To Eternity (1953) - Hawaii is almost entirely white, and the US Army is exclusively white; compared to the book's depiction of a vibrant multicultural Honolulu and a diverse army.

It's always more difficult to critique a work of art or literature for what isn't there rather than what is. But I've found this a depressingly enlightening experience.

Long long ago, when I was an undergraduate at Cambridge in the late 1980s, I vaguely knew one of the university academics. He was famous for his rudeness.

One evening I happened to be out with an Asian friend, and bumped into this famously rude academic at a bar. He offered to buy a drink “for you and your monkey”. My friend was appalled. So was I. But because this chap was in a position of privilege (not directly; my friend and I were at different colleges to him, studying different subjects to the one he taught) I felt unable to do more than look appalled.

I know that I should have had the wit to at least say, “That really isn’t cool.” Frankly, I should have reported the remark to his college authorities, who I fear would not have been at all surprised, and might just possibly have taken some action. (Years later, he was removed from the Cambridge entrance interview process after mocking an applicant about her geographical origin.)

There are a lot of things that I am embarrassed about in my past, but I am particularly ashamed that I failed to stand up for my friend on this occasion. I would like to think that I would respond better now. I fear that for my friend it was probably just another bloody evening of being insulted by white people. (I am glad to say that my friend is now thriving as a leading commentator on terrorism and security issues in their home country.)

The famously rude chap died recently. I was struck by the affectionate tone of both the official obituaries and in the online comments I saw from other friends of mine who had been taught by him, though almost all also admitted his character flaws. I am glad that he had a positive impact on some people’s lives. But I am afraid I will remember him as an arrogant racist.

If you think you may know who I am referring to, you are probably right. I don’t plan to say any more than this.
Collapse