Leuven has been commemorating the Arenberg family as previously noted, and I suddenly realised this morning that today was the last day of the exhibition in the M Museum about the family's Power and Beauty, so I zoomed into town at lunchtime. It was pretty crowded, no doubt partly because other people like me had realised that this was the last chance to see it.

The Arenbergs dominated the town from the moment that they inherited the lands in 1612, owning the castle at Heverlee and the forest where we often walk. I was particularly fascinated by an estate map from I think 1709, showing our village in the context of the ducal lands, which I present here with the modern version from Openstreetmaps (rotated to fit). We live roughly on the "v" of "Heverlee" in the new map. It's particularly striking that the ponds which today are an attraction for birdwatchers simply weren't there 300 years ago; perhaps they were a consequence of driving the railway through the valley? 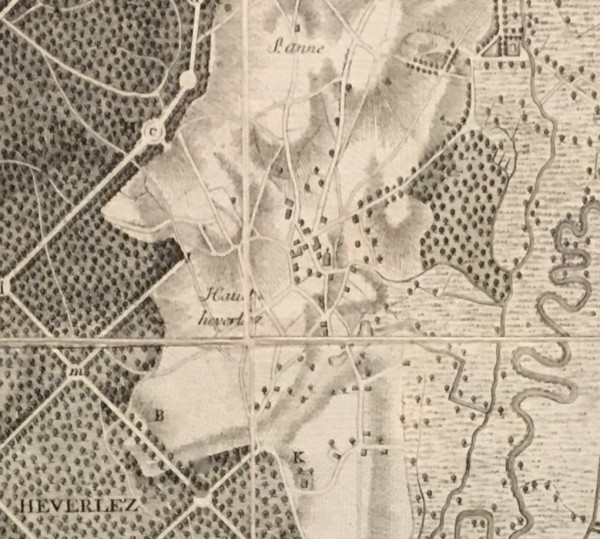 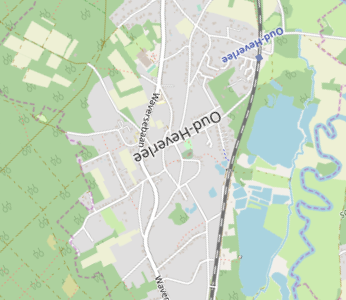 Anyway, the exhibition was mainly about the objets d'art collected by the Arenbergs over the centuries. I'll spare you the details of all of it, but three things in particular jumped out. I was particularly interested in the libary constructed by the Blind Duke, Louis Engelbert (1950-1820), who although he could not himself read after a hunting accident when he was 24, built up the Egmont Palace in central Brussels as a place of culture. I know the Egmont Palace well - it's a venue for big political conferences, and was where Ted Heath was inked in 1972 (here and here). The most striking part of this was the four painted glass door panels for the library made by Sophie Frémiet (1797-1867), a French artist of the period who I confess I'd never heard of, as indeed women artists have generally been erased. (This photo by Dick Pauwels for the exhibition) 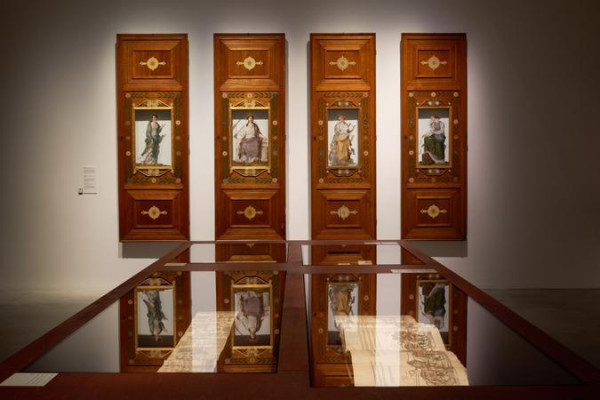 Here is another painting that grabbed me, The Awakening of the Arts (1560) by Frans Floris (1517-1570), which normally lives in Puerto Rico but was on loan to the exhibition. The iconography here is jolly confusing - Mars is being led away by three mythical women at the back, which Mercury is waking the sleeping and very topless allegories in the foreground - but the audio commentary did its best to explain and then for good measure played the actual song that is on the pages held by the Muses. 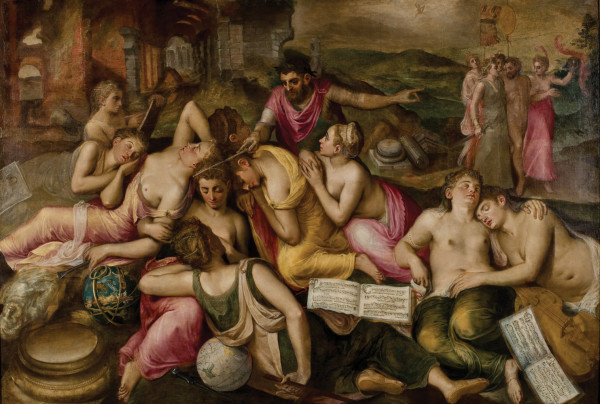 Another striking woman is Hedwige de Ligne (1877-1938), whose stunning 1900 portrait by Gyula Benczúr (1844-1920) is one of the icons of the exhibition. Here she is aged 23, married two years previously in 1898 to the Ninth Duke, Engelbert-Maria, having had one of their three children a year ago in 1899, and basically in charge of the world. (The museum audio commentary treated us to a reading of a love-letter to her during the first world war; I could not see if this was fictional or historical.) She and her husband were the last of the family to live in Arenberg castle in Heverlee; he had served as a Prussian officer before their marriage, and from 1903 they decided to opt for Germany, where he was successively a member of the Reichstag for the Centre Party and then a commander of the Seventh Army in the first World War. Not very surprisingly, the Belgian state confiscated all of the Arenberg properties in Belgium once the war was over. The Egmont Palace in Brussels is still owned by the Belgian state, and the Arenberg Castle in Heverlee is part of the University of Leuven. 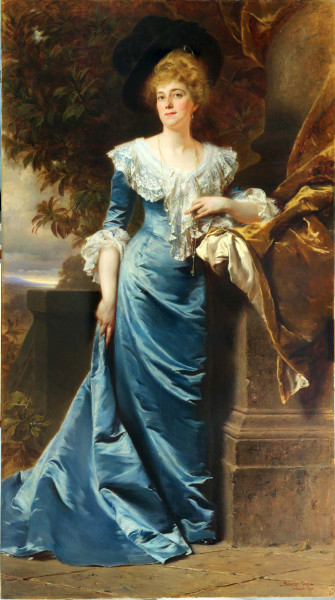 And there's a good view of the University Library from the roof of the museum. 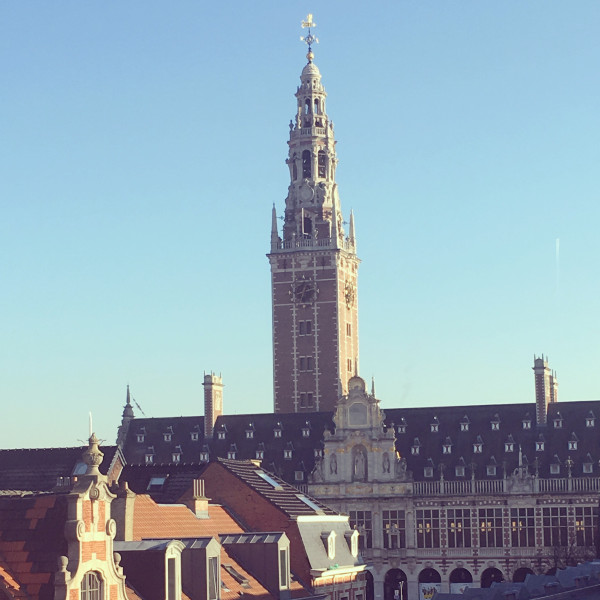 The exhibition opens with a short video from the current Duke, speaking Dutch with the same aristocratic non-native-speaker accent that we are used to from the King of the Belgians, explaining the history without rancour. 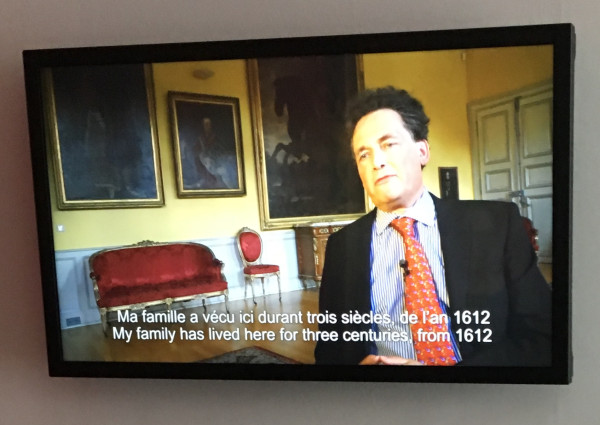 On my way out I saw a tall man with curly hair in the corridor speaking fluent German, with a rather posh accent, and realised who it must be. 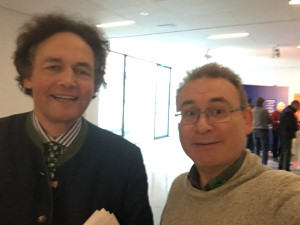 And so I met the Duke, who was preparing to personally lead one of the last of the guided tours of the exhibition, in French which he says he speaks as well as German (and once he had clicked my accent, he switched to English). However, I clearly need to work on my selfie game.

So, a worthwhile expedition, and I'm afraid it is now twenty minutes too late to see it before it closes for good.
Collapse