Inside was a teeming mass of bobbing heads and hoisted horns. He sank his weight onto the oak branch he'd whittled into a crutch and breathed in the familiar, happy sounds of the feis, the ancient gathering convened by the high king once every third year. Bone dice clattered, cheers spurred a chieftain crowing about his war feats, and a harp gantree [sic] silked [sic] through the smoky air. Niall smiled; this was his true ken, not some damp, lost lake. It felt good to be back among men.

Well. This is pretty rubbish. It is set in seventh-century Ireland, in the twilight days of druidism being defeated by Christianity, and manly men fight battles and women do womanly druidic magic. You can see with blinding certainty which way the plot is going from roughly the moment the protagonists meet on page 5. In the very first chapter our heroine nurses our hero back to health after he is viciously attacked by a cougar. Yes, a cougar in the sense of a very large wild feline animal, rather than a predatory older woman. There are tame wolves. Ireland's eastern coast is much more rugged than the west. I am not an obstetrical expert, other than having observed the process up close three times, but our heroine's rapid recovery from solo childbirth towards the end of the book struck me as medically implausible. There is no real sense of geography; the ancient shrine of Uisneach is spelt Uisneath throughout (no doubt the confusion arises from its location in modern Westmeath). Frankly, it's one of the least impressive examples of the Celtic misht sub-genre I've come across. If you really want, you can get it here.

I only really finished this because it was the very last unread book on my shelves that I had acquired in the calendar year 2010. It's just over two years since I finished my 2009 books, on a rather higher note. I think I will make quicker progress with the 2011 books - there are only 17 of them left, and there were 52 books from 2010 for me to get through. Now my various 2010 lists open up with Avalanche Soldier by Susan Matthews (longest owned unread sf book), The Life of Sir Denis Henry: Catholic Unionist, by A.D. McDonnell (shortest unread book acquired in 2011), The Secret Lives of Garden Birds by Domonic Couzens (longest owned unread non-fiction book), Nebula Awards Showcase 2011, ed. Kevin J. Anderson (most popular unread book acquired in 2011) and In Another Light by Andrew Greig (longest owned unread non-genre fiction). 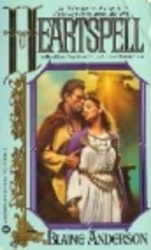