"At least I have something to be arrogant about," I replied. The soft background music I'd been talking over stopped suddenly and my too loud voice hung in the air. All party conversation ceased.

I approached this with some trepidation, having bounced off Synners a few months ago - but actually I really enjoyed this tale of a woman with three identities, or possibly three women sharing bodies, or possibly a woman struggling for mindspace with two artifical personalities, each with different parts of the picture trying to work out what is going on. I found it very engaging and even funny in places, as well as a serious exploration of what might happen if personalities can be uploaded and downloaded freely (or, well, for a fee or some other consideration). Cyberpunk doesn't usually do it for me, but this hit the mark. You can get it here.

Incidentally I took the photo of the author currently on her Wikipedia page earlier this year.

This won the Arthur C. Clarke Awards in 1995, making Cadigan the first writer to win it twice. Gwyneth Jones' North Wind, which I bounced off, was on the shortlist for Clarke, Tiptree and BSFA and won none of them. John Barnes' Mother of Storms and James Morrow's Towing Jehovah were both finalists for Clarke, Hugo and Nebula and also won none of them. (The Hugo went to Mirror Dance, by Lois McMaster Bujold, and the Nebula to Moving Mars, by Greg Bear.) The Tiptree Awards went, as previously reported, to Larque on the Wing, by Nancy Springer, and "The Matter of Seggri", by Ursula Le Guin. Next up in this series of reviews will be Feersum Endjinn, by Iain M. Banks. 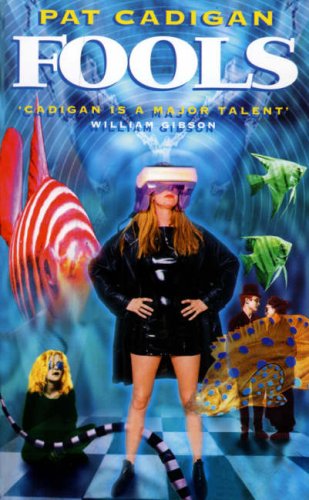