All the King’s Men won the Oscar for Best Motion Picture of 1949, and Broderick Crawford and Mercedes McCambridge won Best Actor and Best Supporting Actress. The other nominated films were Battleground, The Heiress, A Letter to Three Wives and Twelve O'Clock High, none of which I have heard of. 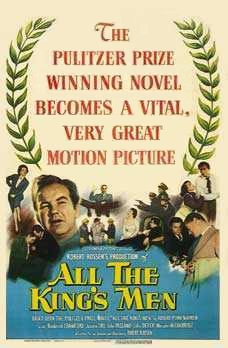 On the two IMDB systems, it ranks 8th and 20th for the year. The Third Man, Kind Hearts and Coronets, White Heat, On The Town, and She Wore a Yellow Ribbon are all ranked ahead of it on both lists (none of them was nominated for Best Motion Picture; this was a year when Academy voters were notably out of sync with the judgement of history). I have actually seen The Third Man and Kind Hearts and Coronets; The Third Man is one of my favourite films, but it did not get a single Oscar nomination in any category. I don’t think I have seen any other film from that year.

All The King’s Men is the story of Willie Stark, who progresses from county treasurer, to unsuccessful candidate for governor, to populist revolutionary governor, to assassination victim. It’s pretty obviously modelled on the career of Huey Long, who was governor of Louisiana from 1928 to 1932, and maintained political control of the state from the U.S. Senate from 1932 until his assassination in 1935, as he was preparing a presidential campaign. Stark, like Long, runs for governor and loses before winning on the second attempt, and is shot dead by the relative of a judge who was a political enemy, the assassin in turn being gunned down by his victim’s bodyguard(s). 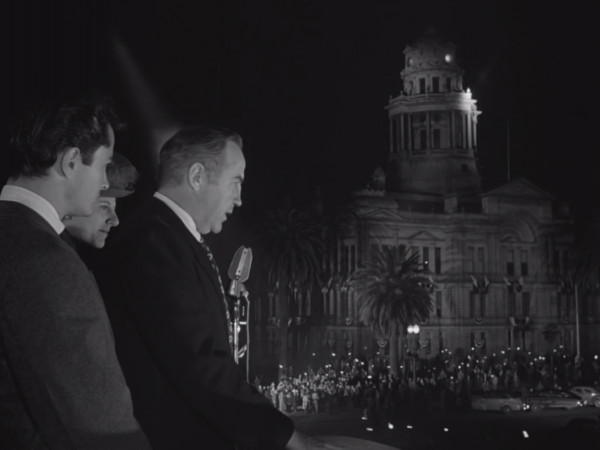 Not to beat about the bush, I did not much care for All The King’s Men, and this won’t be one of my longer reviews. Perhaps it was a mistake to watch it on the Eurostar home after a long and tiring day in London; it’s mercifully short, less than two hours, but seemed a real drag at times. I went through three phases as I watched it.

At first I was seriously shocked at the whitewashing of the setting - it is clearly understood to be a portrayal of Huey Long’s Louisiana, which at the time had the second or third highest proportion of African-American inhabitants of any state of the Union (Mississippi has the most; Georgia has now slipped behind Louisiana to third but was in second place at the start fo the period when the film is set.) The book on which the film is based refers to African-Americans throughout (though the writer does not use that terminology), including three times in its very first paragraph, and includes a long chapter meditating on slavery and the Civil War. Yet literally everyone in the film is white, apart from one waiter on a train, whose face is not even seen clearly. 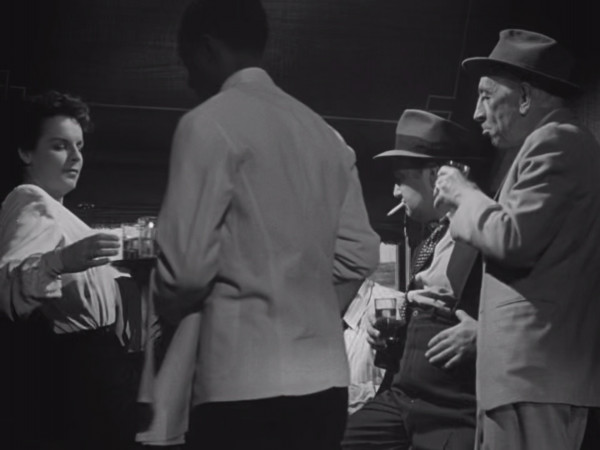 I know that I go on about this issue a lot, but this really is pretty egregious. The book, with plot firmly rooted in the race politics of the Deep South, was a best-seller, and most American cinema-goers of 1949 would have read it or at least been aware of it; the film has totally erased an entire ethnic group, a third of the population. There’s a word for that. It’s utterly shocking. (And it’s now seven years since we had an Oscar-winning film with a speaking part for a black actor.)

I got over this dissonance to a certain extent and began to actually rather like the film’s theme. There are not a lot of movies out there about the political process, and as far as I know this is the only Oscar winner which features elections quite so centrally. It’s my home territory, as it were, and I liked the mapping of Willie Stark’s political career, from county treasurer, to unsuccessful candidate for governor, to populist revolutionary governor, to assassination victim. His rapid adoption of populism as a political tool has obvious resonances today. 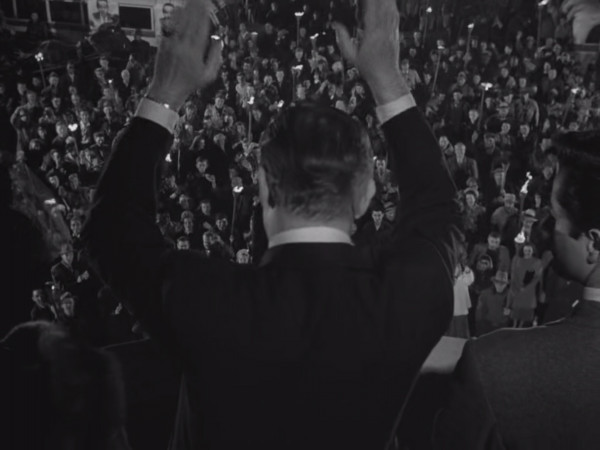 Having said that, I was not as impressed as the Oscar voters were with Broderick Crawford’s performance in the lead role. At the beginning of the film it’s fairly clear what’s going on: this is a chap from a not especially privileged background trying to make good as a public servant and a lawyer. But I didn’t feel that Crawford really got to grips with Stark’s transition into becoming a monster; as this reviewer comments, he’s rather a one-note actor. In general, as the film went on I felt increasingly that we were going through the motions to put the best episodes from the book on screen, and I lost the sense of connection between different parts of the narrative. 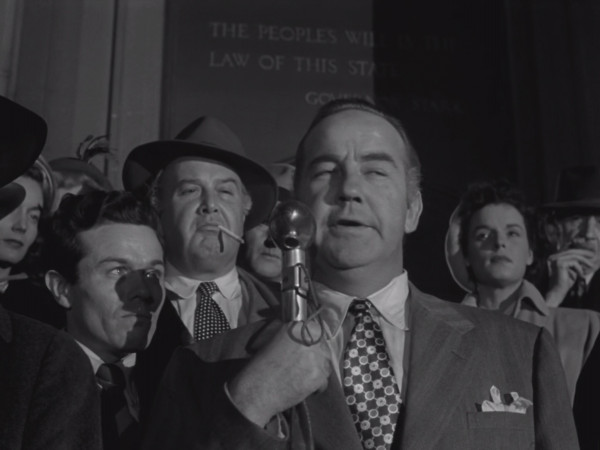 I felt that my disconnection was shared by the cast to an extent. There is a rumour that the director let the actors read the script just once and then took it away from them, forcing them to improvise while shooting. If so, I am not sure that this was a successful tactic; there are a lot of scenes that just feel under-rehearsed, with the actors’ arms hanging by their sides, which is never a good sign. 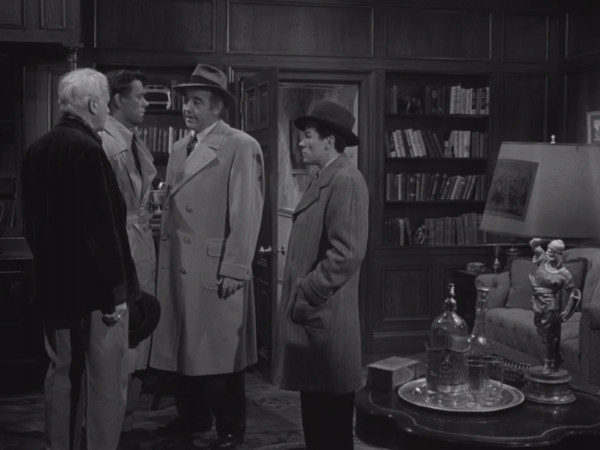 I did like Mercedes McCambridge’s Oscar-winning performance as election worker Sadie Burke, and John Ireland as the narrator and central character Jack Burden, both of them with a crush on Stark (which is understandable at the beginning of the film but less so as it goes on). 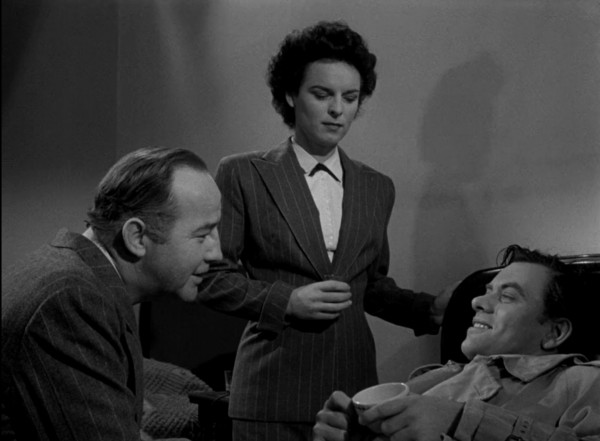 It should also be said that the actual photography is gorgeous, and while you can never quite believe that southern California is the Deep South, you can be persuaded that it is a distinct territory with its own characteristics, politics and landscape. 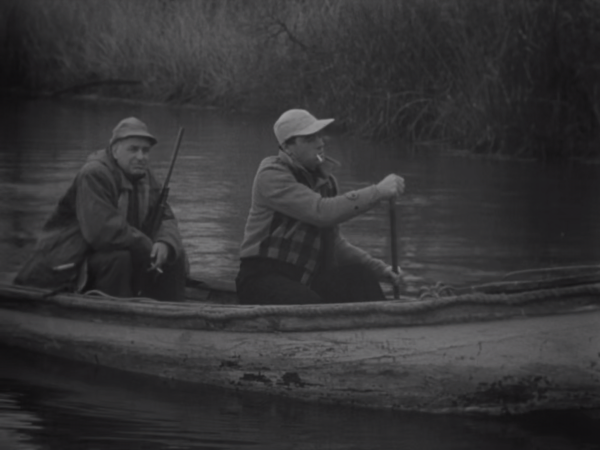 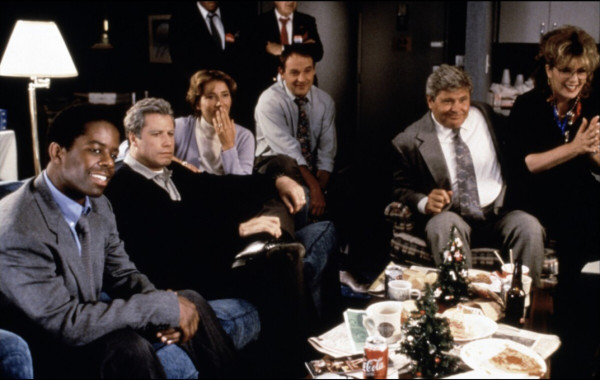 I’m ranking All The King’s Men pretty low down my list, behind Mutiny on the Bounty but ahead of Broadway Melody. Most people who have seen it seem to have liked it more then me. You can get it here if you like.

Next up is All About Eve, which I know nothing about. I’ll also have a look at Destination Moon, which won a Retro Hugo for the relevant year.

As has become my habit, after watching the film, I read the novel on which it was based, published two years earlier and winner of the Pulitzer Prize. This is the second paragraph of the third chapter.

That was the way it had always been—when I had come home from school, when I had come back from camps, when I had come back from college, when I had come back from jobs—and that was the way it was that late rainy afternoon, on the borderline between winter and spring, back in 1933, when I came back home again, after not coming home for a long time. It had been six or eight months since my last visit. That time we had had a row about my working for Governor Stark. We always sooner or later got into a row about something, and in the two and a half years that I had been working for Willie it usually in the end came round to Willie. And if his name wasn’t mentioned, he stood there like a shadow behind us. Not that it mattered much what we rowed about. There was a shadow taller and darker than the shadow of Willie standing behind us. But I always came back, and I had come back this time. I would find myself drawn back. It was that way, and, as always, it seemed to be a fresh start, a wiping out of all the things which I knew could not be wiped out.

It’s a really good novel, and like Cimarron and Gentleman’s Agreement the screen rather failed to do it justice - in fact somewhat more so than in the other two cases. The narrator, Jack Burden, has a convincing Hemingwayish voice, and takes us through the career of Willie Stark from his beginning to his bloody end, explaining his motivations and actions partly in his own voice and partly through Burden’s fascinated gaze, and ends with a decent final chapter which wraps up all the plot threads left hanging by the central character’s death. The interlocking relationships of Stark’s political and sexual affairs make a lot more sense on the page than on the screen, especially as regards the personal links between Burden, the narrator, and Stark’s entourage and enemies. The descriptions of landscape and people are detailed and compelling. As mentioned above, there is an entire chapter on slavery and the Civil War, giving historical context to the dismal poltical environment in which Stark flourishes. The novel is still pretty white, but unlike the film there are actually black characters who actually say the occasional sentence. I must also admit that the women characters, though very well drawn, are not given a lot of agency, if anything a bit less than in the film.

I had not previously heard of Robert Penn Warren, America’s first Poet Laureate and the only writer to have won Pulitzers for both prose fiction and poetry, but I will keep an eye out for his other work. You can get this book here.