As previously mentioned, I was in Belgrade last Sunday; and checking my flights as I ate my breakfast, I realised that my departure was three hours later than I had thought. (Which is better than the other way around, of course.) This left me with an opportunity to explore somewhere in Serbia I hadn't been before, as long as it was reasonably close to Belgrade.

Sirmium was one of the biggest cities of the Roman Empire, now the provincial city Sremska Mitrovica, giving its name to the Srem region of southwest Vojvodina and the neighbouring part of Croatia. It's conveniently along the motorway, less than an hour out of Belgrade. It's where Marcus Aurelius lived and possibly died; it's certainly where he adjudicate the bizarre trial of Herodes Atticus, which culminated in the deaths of the defendant's two young maidservants in a lightning strike on the outskirts of town, following which he was acquitted out of sympathy for his grief. (The full story is much nastier and weirder.)

Almost 200 years later, in 361, it was the scene of one of the most daring exploits of Julian the Apostate. Having marched his main force around the south of the Alps, he himself sneaked more quickly around the north and managed to kidnap the Prefect of Illyricum from his capital, ie Sirmium. Here's the palace as envisaged by Ken Broeders in his graphic novel series: 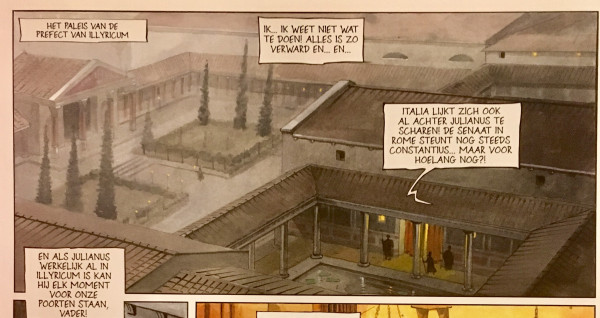 Count Lucillianus, who then commanded the troops stationed in those regions, with headquarters at Sirmium, having some slight intelligence of Julian's move, gathered together such forces as regard for speedy action allowed to be summoned from the neighbouring stations and planned to resist him when he should arrive. But Julian, like a meteor or a blazing dart, hastened with winged speed to his goal; and when he had come to Bononea, distant nineteen miles from Sirmium, as the moon was waning and therefore making dark the greater part of the night, he unexpectedly landed, and at once sent Dagalaifus with a light-armed force to summon Lucillianus, and if he tried to resist, to bring him by force. The prefect was still asleep, and when he was awakened by the noise and confusion and saw himself surrounded by a ring of strangers, he understood the situation and, overcome with fear on hearing the emperor's name, obeyed his command, though most unwillingly. So the commander of the cavalry, just now so haughty and self-confident, following another's behest, was set upon the first horse that could be found and brought before the emperor like a base captive, scarcely keeping his wits through terror. But when at first sight of Julian he saw that the opportunity was given him of bowing down to the purple, taking heart at last and no longer in fear for his life, he said: "Incautiously and rashly, my Emperor, you have trusted yourself with a few followers to another's territory." To which Julian replied with a bitter smile: "Reserve these wise words for Constantius, for I have offered you the emblem of imperial majesty, not as to a counsellor, but that you might cease to fear."

Then, after getting rid of Lucillianus, thinking that it was no time for delay or for inaction, bold as he was and confident in times of peril, he marched to the city, which he looked on as surrendered. And advancing with rapid steps, he had no sooner come and the suburbs, which were large and extended to a great distance, than a crowd of soldiers and people of all sorts, with many lights, flowers, and good wishes, escorted him to the palace, hailing him as Augustus and Lord. There, rejoicing in his success and in the good omen, and with increased hope of the future, since he believed that following the example of a populous and famous metropolis the other cities also would receive him as a health-giving star, he gave chariot races on the following day, to the joy of the people.

The hippodrome of Sirmium has been located, mostly under later housing. What has also been located, and is on nicely conserved display, is the imperial palace of Sirmium, where Marcus Aurelius and Julian would have sat. 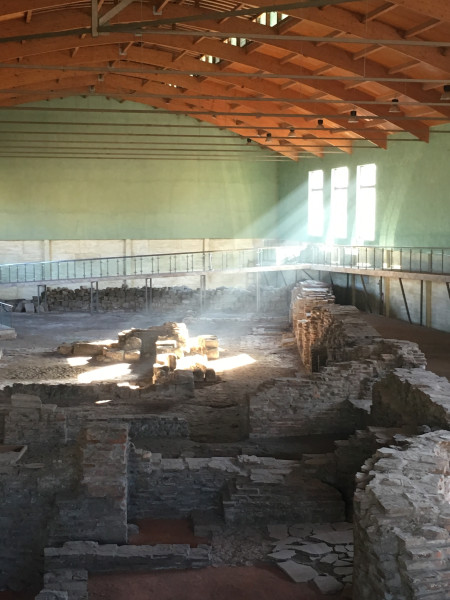 The museum does its best to orient you with respect to both ancient and modern geography. 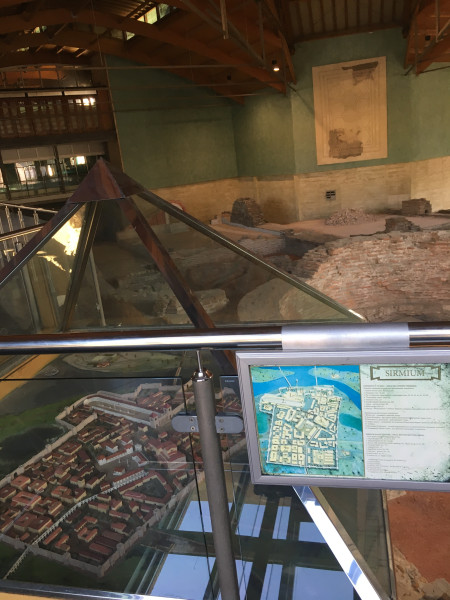 One entire mosaic floor, with fountain inset in the wall, survives (and many other bits and pieces). 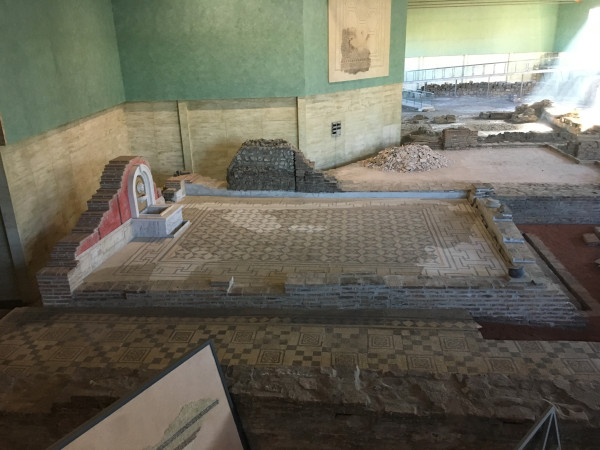 For some reason three later Orthodox saints (Irenaeus, Demetrius and Anastasia) keep an eye on things. 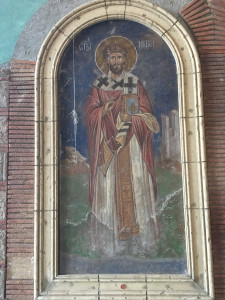 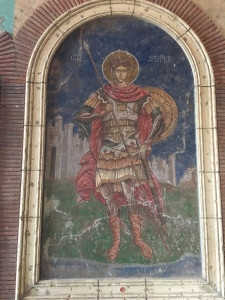 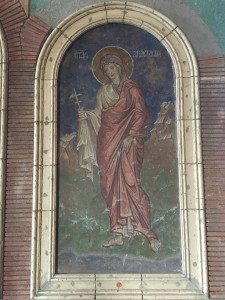 Further to the west, some ancient foundations near to the old city walls have been attractively laid out in a park. 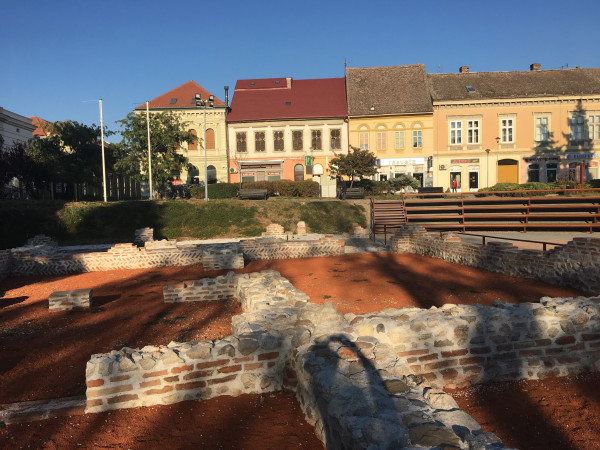 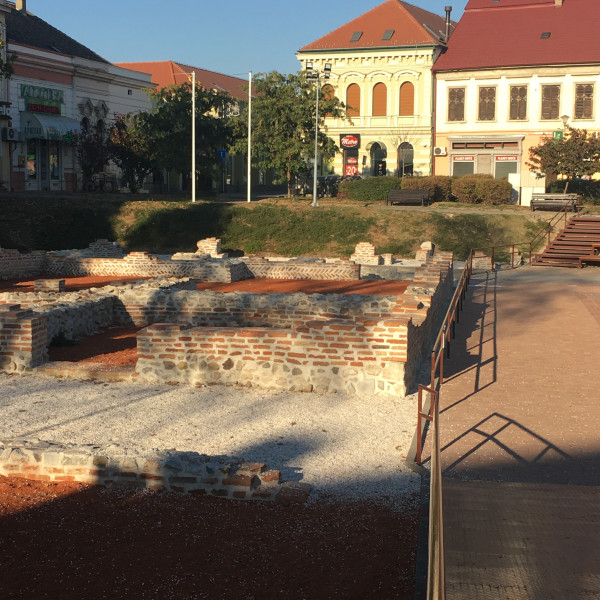 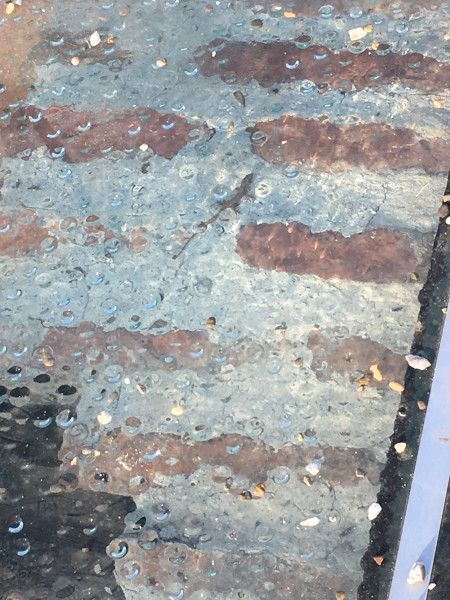 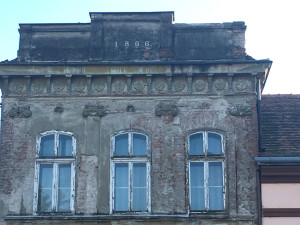 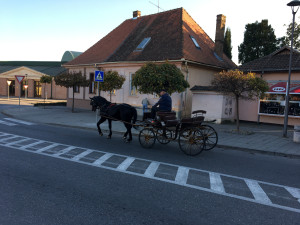 Gibbon writes of its eventual fall in 582:

Without the hope of relief, the defence of Sirmium was prolonged above three years; the walls were still untouched; but famine was enclosed within the walls, till a merciful capitulation allowed the escape of the naked and hungry inhabitants. Singidunum, at the distance of fifty miles, experienced a more cruel fate: the buildings were razed, and the vanquished people was condemned to servitude and exile. Yet the ruins of Sirmium are no longer visible; the advantageous situation of Singidunum soon attracted a new colony of Sclavonians; and the conflux of the Save and Danube is still guarded by the fortifications of Belgrade, or the White City, so often and so obstinately disputed by the Christian and Turkish arms.

There's a lot more Roman stuff to be seen in Sremska Mitrovica/Sirmium today than there is in Belgrade/Singidunum. In fairness to Gibbon, most of it has been uncovered only very recently.

Here's an nice video from the BBC about the rediscovery of Sirmium, and another from Balkan Insight. Well worth a detour. My only regret was that the town's main museum was not open, due to the 11 November public holiday.
Collapse