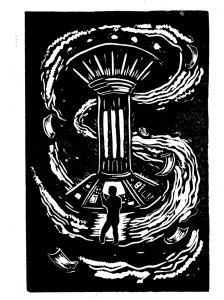 Newly published collection of vaguely Christmassy stories set in the Whoniverse, by Irish YA author Dave Rudden (who I confess I hadn’t heard of before). Single-author collections like this are unusual for Doctor Who, especially by an author who hasn’t previously written for the franchise, but I think this is really successful - only eight of the twelve stories actually have the Doctor in them, and often as a background figure while the real action is happening to other people. Rudden pastiches various genres more or less successfully, but also displays a fierce loyalty to Who’s own mythology. The standout story for me was “The Red-Eyed League”, featuring Vastra and Jenny encountering a Sea Devil, a direct clash between Old and New Who. But for my own purposes I also need to point out the second last story, “The Rhino of Twenty Three Strand Street”, set in Ringsend in 1966, and therefore only the second Doctor Who short story ever where the action takes place in Ireland. (The first few paragraphs of the last story, “Anything You Can Do”, are set in Belfast, but with no local colour.) There isn’t a duff story in the lot, though, and it would do well as a Christmas gift for younger (or indeed older) fans. You can get it here.