Leuven is commemorating the contribution to the city of the Arenberg family, local bigwigs for centuries who are still around despite all their property being confiscated in 1918 because they were too German. A big chunk of that property is the forest which starts less than five minutes' walk from our house, the Meerdaalwoud/Heverleebos, and this weekend saw various events to celebrate the Arenberg heritage.

I went yesterday on a historic walk explaining how the Arenbergs had managed the forest over the centuries, led by a chap in partial costume: 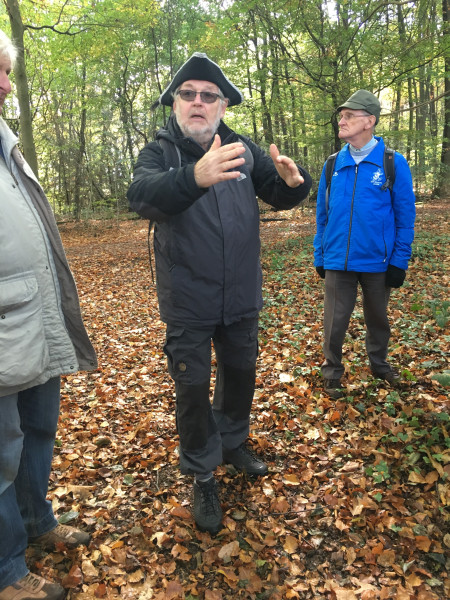 I confess that I didn't absorb the details of the history very much; it was a fine day and I got a great picture of some Fomes fomentarius (aka tinder fungus or hoof fungus) on one of the trees. 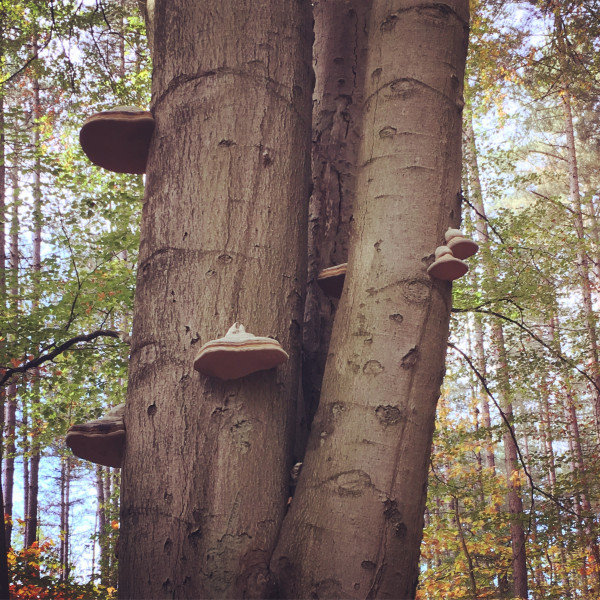 After the walk we were treated to a little dramatic re-enactment of the Duke's justice against a young man caught breaking the laws of the forest. This was followed by a musical performance, of which more later.

Today Anne, F and I went on another walk, this time explaining how the woods are conserved now. Rather than a docent-led tour, there were various booths placed strategically along a decent long walk, where we could gather info from the experts. We were a bit taken aback at our first stop when we were asked to estimate the height, age and thickness of a particular tree. It was a big tree.

At least we weren't asked to cut it down with a herring. The crowd-sourcing of estimates produced some amusingly varied results: In fact it is 65 years old, 32 metres high and 45 cm thick. The kids watched in amazement as one of the researchers took a dendrochronological sample. (Took me back to my days at the Institute of Irish Studies in Belfast.) The next stop featured the legendary @Boswachter_Marc, a huge advocate for the forest on social media, explaining to us in detail how the trees and wildlife interact and the role of humans in facilitating that. I found some extra wildlife that he doesn't have to manage. 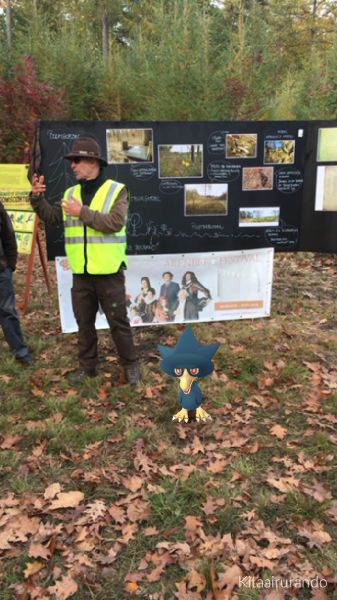 It was quite a long walk. There was horse-drawn transport but we missed it. 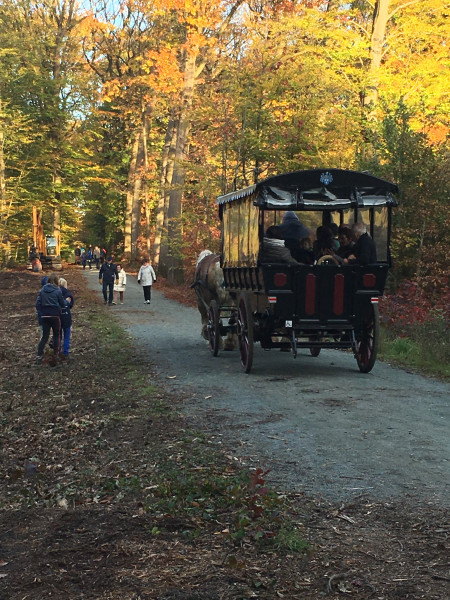 A good day none the less. I'll leave you with the band which performed after yesterday's walk.
https://vc.videos.livejournal.com/index/player?player=new&record_id=1142870
Collapse