I had been intrigued by this film since I first read Carol Morley's 2011 Guardian article about making it. In 2006, housing officials making a repossession order broke into a London flat to make a grim discovery: the skeleton of its tenant, propped on the sofa, surrounded by Christmas presents with the television still on. Joyce Vincent had died in 2003, and nobody had noticed. Morley set out to tell her story, advertising in hopes of finding friends and relatives who might help her to understand what had happened. This film is the result.


The story is a simple enough one. Joyce had had a normal enough background, parents from Grenada, born in 1965 in London always lived there, had an unremarkable professional admin career but dabbled in the music business (one boyfriend, Alistair Abrahams, is a moderately successful music promoter who introduced her to Gil Scott-Heron and, I'm not making this up, Nelson Mandela; she once had dinner with Stevie Wonder). And in 2001 it all came to a halt; she dropped out of her City job, spent some time (how much? not clear) at a refuge for domestic abuse victims, checked into hospital a few weeks before her death giving her bank manager as her next of kin (her bank manager), and then was not seen alive again. 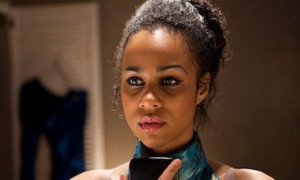 The film cuts between interviews with people who knew Joyce, and were shocked to realise that she had dropped out of their lives so rapidly, and scenes from her life re-enacted by Zawe Ashton (as an adult) and Alix Luka-Cain (as a child). Both are very good in their roles. (Zawe Ashton also played Journey Blue in the 2014 Doctor Who episode Into the Dalek. This seems to be Alix Luka-Cain's only screen role known to IMDB.) 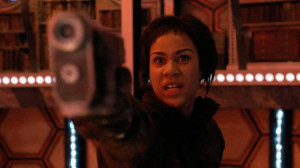 The star of the film is Martin Lister, Joyce's ex-boyfriend who stayed friends with her long after their relationship ended, and who obviously struggles with the fact that when she dropped out of his life completely in 2003, it wasn't because she had decided to move on but because she was dead. Lynne Featherstone, who was the local MP, provides a sort of official narrative to the extent that that is possible. Joyce's family declined to participate. (One has to wonder: who were the wrapped but unsent Christmas presents for? And what about the bank manager?)

There are flaws in the piece. We linger perhaps a bit too much with Zawe Ashton as Joyce singing. The reconstruction of her family life is of course speculative. We linger a bit too eagerly on the repossession of the flat and Joyce's last moments intercut with the forensic examination of her belongings (all of course also reconstructed). There's a bit too much of the "she was there for three years!" when in fact it seems to have been just over two, fom December 2003 to January 2006. But the central theme is immensely powerful: loneliness and death, two things which we all fear. Joyce seems to have chosen to live alone; there are conflicting versions of why she left her last professional job; there's a general agreement that in her final years she moved around so much that even those who thought they were her closest friends lost touch, though they welcomed her when she did make contact.

The final shot of the film is tremendously moving - after 90 minutes of Ashton and Luka-Cain playing Joyce, Carol Morley found her in four seconds of footage from the Nelson Mandela concert in 1990, when she would have been 25 or so. We catch her in the crowd and then we have a brief glimpse of her face; all that's left of a vibrant person who touched a lot of people's lives and then fell out of them. Do watch it. Though you will cry. 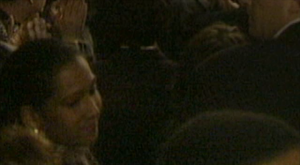 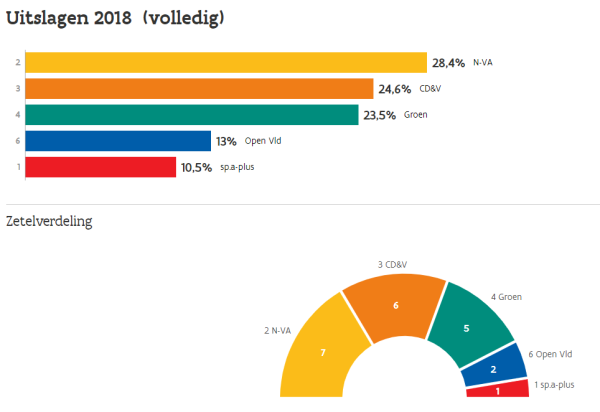 If sp.a had got three more votes, they would have got the last seat instead of CD&V, so the balance between them would have been 5 to 2 instead of 6 to 1.

So all three parties in the ruling coalition gained seats, in fact to the point that any two of them can now form a coalition excluding the third. I imagine that the deal will be done this evening over a pintje or two.
Collapse