As previously mentioned, we spent last weekend at my sister's in Burgundy. She is based near a small village called Lys whose main square has not changed much in 100 years (the first of these two pictures is dated 1913 by Wikipedia) 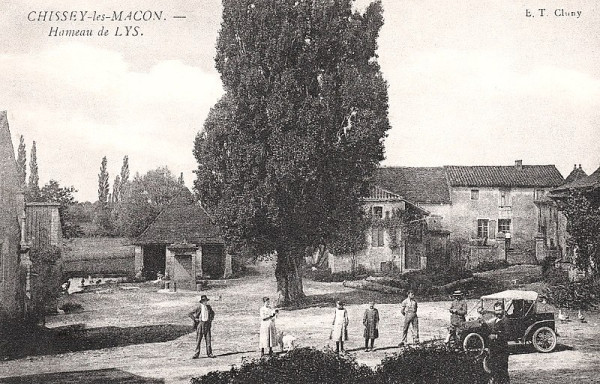 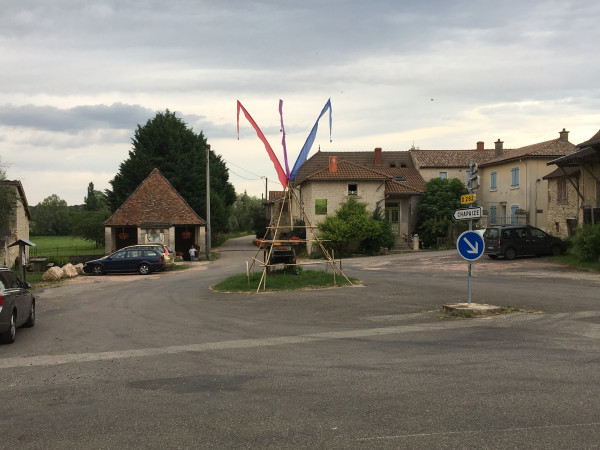 Lys has an ancient church of Notre Dame, dating probably from the early 12th century. It's not all that striking except that it obviously looks Old. Inside it, however, modern researchers have revealed some striking if primitive murals over the altar. With the wonderful aid of image enhancement, you can see that it's Christ in judgement, with the four evangelists below him 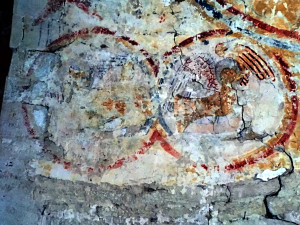 Near the door this figure, who looks a little more recent (though not much), is strolling into the church. 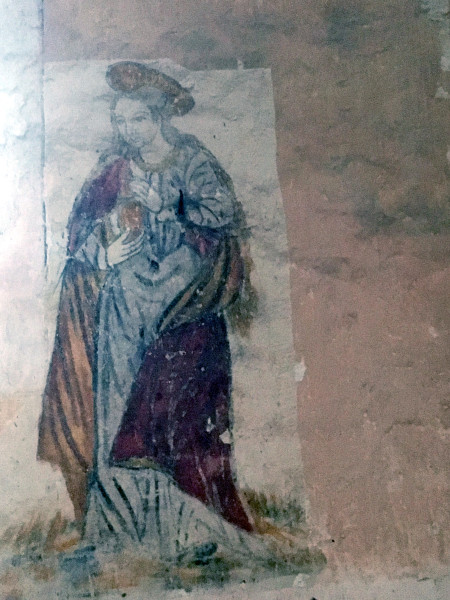 About 4km away is the village of Chapaize, which has an even older church, dating from the early 11th century and dedicated to the soldier-saint St Martin. It is recorded that it was built by the talented Italian polymath William of Volpiano, and you can see the Italian influence in the bell-tower. 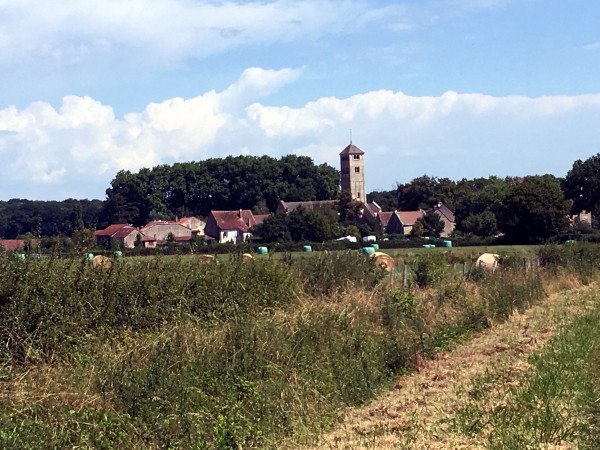 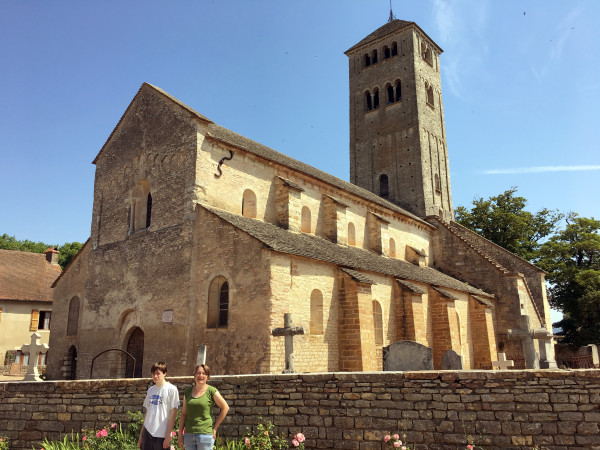 Fewer interior decorations, just a sense of calm amid the huge columns. Some of the internal art is more recent than the 11th century. Though not much more recent. 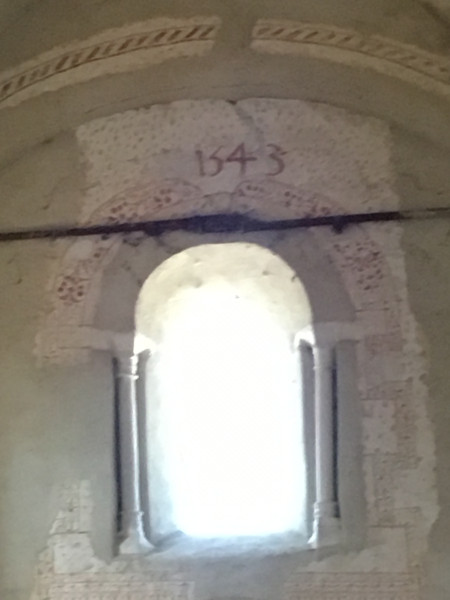 Going back outside to the tower, on the north side there is a human figure carved onto the pillar between the second set of windows. 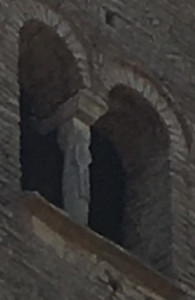 Supposedly the oldest such column-statue in the West, it has been watching over Chapaize for almost a thousand years.
Collapse