Open to: All, detailed results viewable to: All. Participants: 16

Going My Way was the highest earning film of 1944 in the American market; it won Best Motion Picture (the first tme that title was used for the award) and got another nine nominations and six awards, Barry Fitzgerald losing to Bing Crosby for Best Actor but winning Best Supporting Actor, Leo McCarey winning for Best Director and Best Original Motion Picture Story, Frank Butler and Frank Cavett winning for Best Writing, Screenplay and "Swinging on a Star" by Jimmy Van Heusen and Johnny Burke winning Best Song. The other Best Motion Picture nominees were Double Indemnity, Gaslight, Since You Went Away and Wilson. The only one of those I have seen, oddly enough, is Wilson; the one other film from that year that I am sure I have seen is Arsenic and Old Lace, which did not get a single nomination in any Oscar category, but has definitely stood the test of time better. 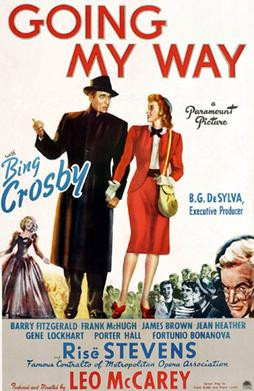 Both IMDB ratings of films released that year put Arsenic and Old Lace second, after either The Conspirators or Double Indemnity, with Going My Way failing to make the top ten of either list (17th and 11th place respectively). Other films that outrank Going My Way on both lists include Laura, To Have and Have Not, Gaslight, Lifeboat, Meet Me in St. Louis, The Woman in the Window and Disney's The Three Caballeros. Here's a trailer from after the Oscars (which for some reason says it won eight rather than seven):


I honestly don't think I had seen any of Bing Crosby's films before, so this was a new one on me. Bing plays a youngish priest assigned to a New York parish to take the reins from a much older priest (played by Barry Fitzgerald, who we last saw as the boxing trainer in How Green Was My Valley). He wins the hearts of all through his musical talents, and saves the church from a rapacious mortgage owner by selling a hit song with the help of the church choir (who he has recruited from the ranks of the local delinquent teenagers) and his opera-singer ex-girlfriend. Alas, the church then burns down. And then he moves on to another parish. 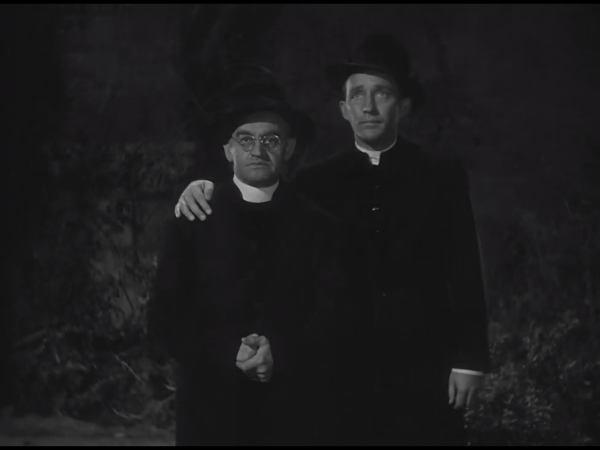 It’s harmless stuff, and I guess the wartime mood was such in 1944 that this kind of feelgood escapism went down well with the public for reasons that we can understand. I didn’t find any of it awful, but I didn’t find any of it terribly memorable either. It’s pretty episodic, and you can tell in advance which way each of the episodes is going to go - apart from the destruction of the church at the end, which is a bit gratuitous. The core is the relationship between the two lead male roles, both of whom played by actors of at least ten years’ difference in age with their characters - Bing Crosby was 41, but his ex-girlfriend from just before he became a priest is played by a 31-year-old; Barry Fitzgerald was 56, but his character has been a priest for 45 years. But they are mostly very convincing, and the chemistry develops well from suspicion to trust. Crosby was already one of America’s favourite performers at this stage. “White Christmas” having come out several years earlier, and he does a nice warm unthreatening pastor, with a gift for music which is always used in context in the film - the songs are just songs, carrying little narrative burden. Fitzgerald’s character actually has an arc, and the script successfully turns him from grumpy spoiler to humble patriarch. The other performance that stood out for me was Risë Stevens as the opera singer, who does an electrifying Carmen half way through (and the following year actually did perform Carmen at the Met). 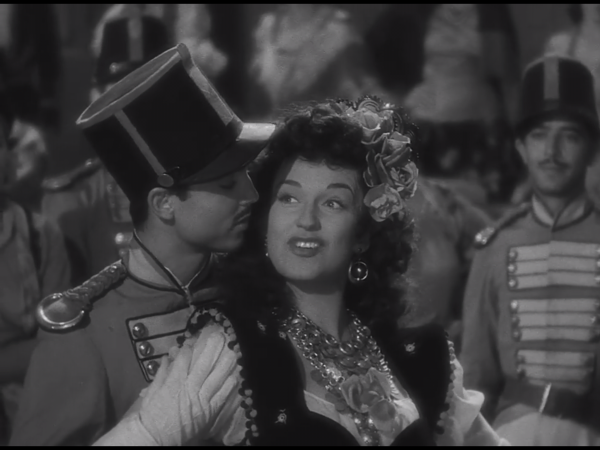 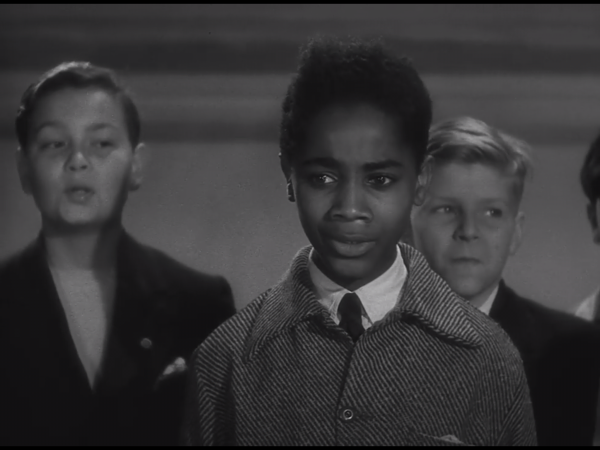 I hesitated about whether to put this above or below How Green Was My Valley in my overall ranking. In the end I am putting it just below, due to its comparative lack of ambition.

Next up: The Lost Weekend, which I understand is about alcoholism.